For thousands of years, Western Thytika and the Free Coast has been dominated by the Elves and Dwarves

The millennia have seen the empires of the long-lived races weakened as their holdings have receded in the wake of the two Frost Wars.

Lands abandoned or lost by the elves and dwarves were seen as an opportunity for human colonists from the middle kingdoms.

These lands were rich in minerals, lumber and ripe for agricultural opportunities.

Humans were not the only race to proliferate and mark their territory on the frontier. Hobgoblins, goblin, and orcs also laid their stake to lands making many parts of the frontier extremely dangerous and many settlements have been raised in a number of raids and wars.

None the less Western Thytika is a vital source of trade,  with large amounts of lumber, iron, precious metals/gems, and some luxury commodities, being exported from the small but wealthy nations of the frontier to the larger and more populous nations of the middle kingdoms. 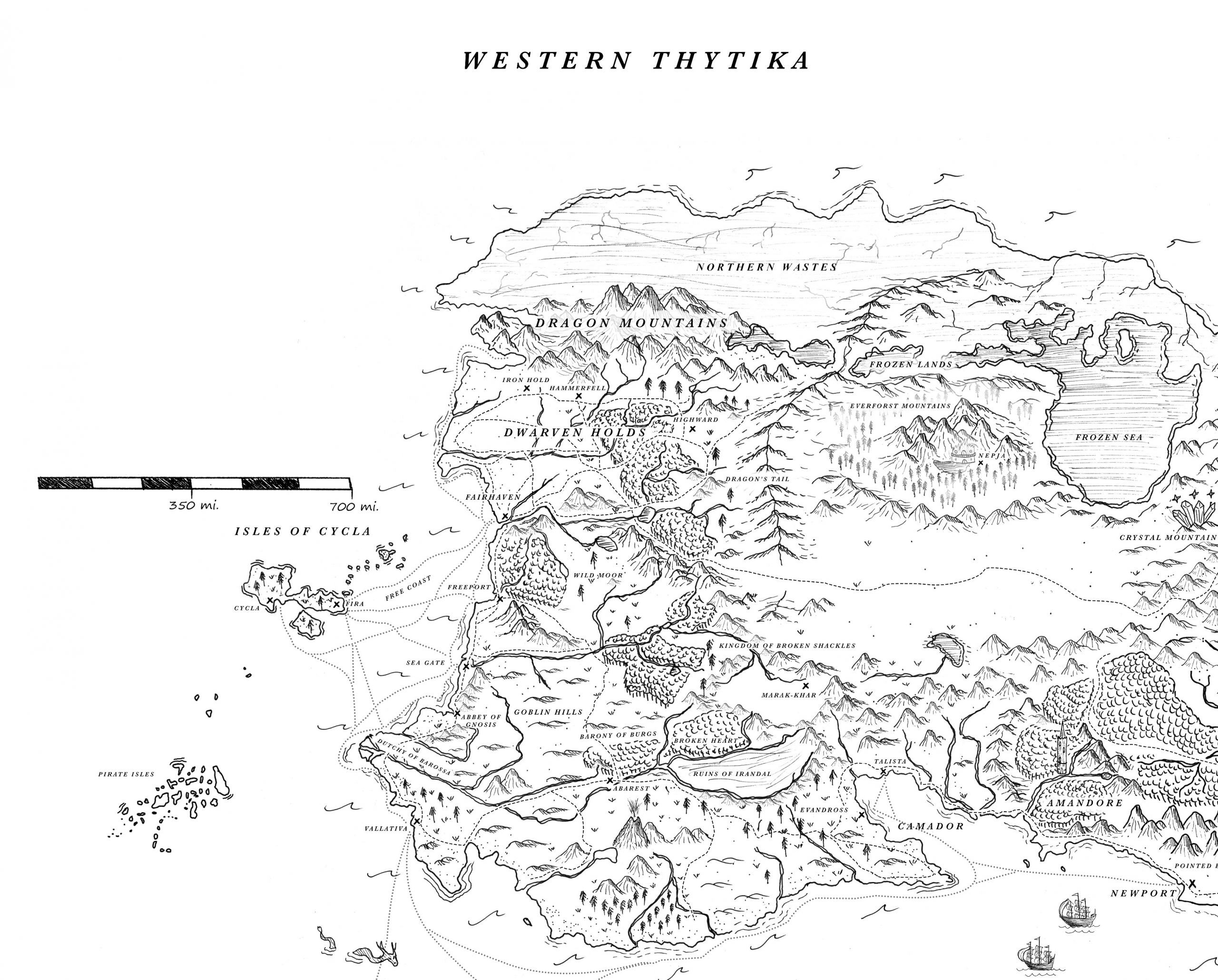