The Free Cities’ Coalition is a loose diplomatic, trade, and military alliance formed up of free city-states and settlements on the frontier that do not belong to a Nation or Province.

While all the Settlements co-operate with each other in setting fair taxes for trade between themselves as well as the consolidation of armed forces and security resources in times of extreme emergencies, they are all fierce rivals trying to outshine each other.

The last time the Free Cities’ Coalition went to war as one body was during a large hobgoblin invasion over a century ago.

Some settlements have higher levels of cooperation between them in order to coordinate better protection of their borders from brigands and monsters, while others act to undermine each other for their own profit.

The Free Cities all have a representative on what is called The Council of the Free Cities Coalition and in theory, all members have equal say at the table.

In practice, however, the larger cities and settlements have greater influence and power, particularly Fairhaven, the City of Dreams as it is called, and the jewel of the Free Coast.

While some settlements on the Free Coast and in the Frontier are not “officially” part of the Free Cities’ Coalition, they still share some support from influential politicians and rulers from various members of the council and submit to the general trade agreement and spirit of co-operation in times of need.

This is out of necessity as Western Thytika is a mostly dangerous and untamed land infested with many threats like orcs, hobgoblins, goblins, giants, and even rogue dragons.

A market Settlement is defined by a settlement that has obtained a charter or license from the Free Cities Coalition to host a market.

In reality, small markets do exist outside of these market settlements but major guilds, merchant houses, and ship captains don’t risk their trade licenses and agreements by doing business in these small unlicensed markets, limiting their activity to basic trade goods that only benefit the local population. 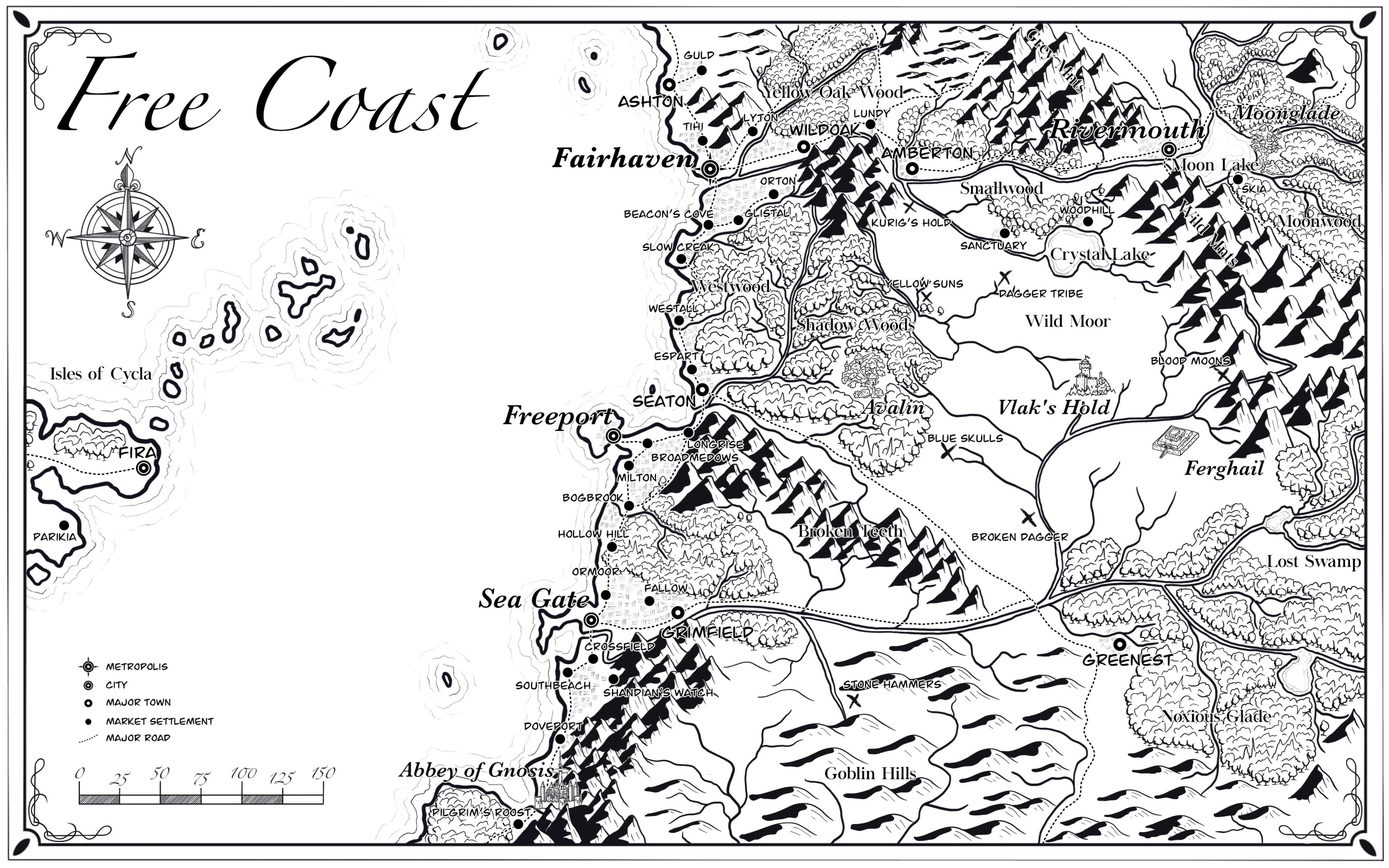