Shortly after the third demon war, the small nation of Uridium engaged in a series of military campaigns with sweeping victories to slowly conquer its neighbors, and by the 237th year of the New Age had unified much of the central continent and formed the Uridium Empire.

Only the elite armies of Varsa were able to resist the advance of the Empire forcing an uneasy truce after centuries of bitter warfare.

Other nations, like the Argul Magocracy maintained a neutral position, its magical might deterring the Uridium empire from expanding its territory further east leading to a period of relative peace.

The early years of warfare and expansion had seen many forests stripped to accommodate the ever-growing human populations and their demand for agriculture as well as lumber to fuel their wars.

The agricultural expansion was tolerated with a sense of pragmatism by the clergy and druids of Filanti, Arathorn, and Medeina, but the excessive lumbering to fuel the war effort had always greatly disturbed them.

The Druids and Clergy of these orders had taken a largely neutral stance during these wars, but after centuries of uneasy peace, new ambitions by the Uririum Empire in the 8th century NA on the back of new weapons inventions forced their hand to intervene like they had not centuries earlier.

An army of rebels from Messaria, influenced by the elves of Amandor and Ilthuan (who numbered a great many worshipers of Filanti, Arathorn and Medeina) overthrew the local governors and garrisons of the Empire declaring their independence when the Empire demanded levies from their population to invade Varsa.

The Empire swiftly mobilized an army equipped with the latest weapons of war, from the Nation of Darra to crush the rebels.

Fall of an Empire

After centuries of warfare, Uridium had invented new weapons of war thought to rival the magic arts in their destructive capabilities.

Black powder cannons, able to hurtle death across the field.

The Empire had previously relied upon a more arcane means to persecute its wars particularly offensively. Magic is a reliable tool of warfare, but maintenance of War Wizards commands a high price, particularly in the numbers required for large-scale engagements and campaigns.

The empire hoped that these new weapons would pose a more cost-effective way of pursuing its wars.

Formations of lightly armored hand-gunners with pikemen backed by artillery were sent to oppose the Messarian rebels.

With these new weapons, the Emperor was assured a quick and decisive victory by his generals.

The rebels were well equipped, but with “obsolete” arms and armor of the past. Heavy plate and a wide range of melee weapons and bows and crossbows.

Empire diviners were unable to reveal any significant numbers of arcane casters amongst the rebel’s ranks but they did uncover a large company of heavy lancers, mercenaries from the nation of Varsa.  Shock troops, proven in the battle against the Uridum empire in countless border skirmishes.

Their services were paid for by the Elves that secretly backed the rebels.

The Battle of Osga Feild, 777th year of the New Age.

The battle was set to be a pitched engagement, much to the pleasant surprise of the empire commanders. The rebels met the numerically superior empire troops in the Osga Field, a renowned druid preserve.

It was a massacre. The Uridium army never stood a chance.

With the use of animal forms and “tree striding”,  druids and rangers had already infiltrated to both the cannon emplacements and rear baggage trains, targeting black powder caches.  Calling down the elements of nature, great lightning bolts struck at the heart of these targets. The mass explosion wiped the empire’s artillery positions along with hundreds of troops in an instant as well as most of the army’s black powder reserves and logistical supplies.

This sudden preemptive strike caused much chaos amongst the empire’s troops.

Magic in combat was not unique,  but black powder caches meant that destructive magics like the lightning strikes summoned by the druids, could be used more strategically and with a far greater impact.

Never before had any army in the world deployed so much black powder on the battlefield and the arrogant empire generals had not thoughtfully considered this and thus were ill-prepared for its vulnerabilities in the face of powers of the druids.

The explosions were the signal for the rebels to advance. And with the advance came the rain.

A day with clear skies and mild weather turned into a downpour over the Empire’s Troops. And with the downpour, the Empire’s gunners struggled to keep their new weapons functioning efficiently.

The mercenary heavy lancers and rebel infantry charged the numerically superior but lightly armored Uridum forces and quickly routed them.

This signaled the beginning of many revolts throughout the continent.

Across the entire empire, Black Powder production and storage facilities were targeted in a mass coordinated effort causing widespread destruction and crippling the Emperors’ means to pursue his new art of warfare.

Over the next few decades, the empire’s power was progressively eroded away.

The Uridium Empire is still the largest human civilization in the Middle Kingdoms, but its influence has been greatly diminished in the wake of the fracturing of its territories.

Most nations have deemed the mass production, storage, and transportation of black powder too dangerous in the face of magical sabotage. A lesson learned during the revolts against the Uridium empire.

Some custom-made black powder weapons are still employed in warfare and combat, but due to their obscurity and vulnerability to magic powers, their use is limited and quite niche.

It was rumored that many of the wizarding guilds of the world were the ones behind much of the magical sabotage of any production and storage facilities across the globe that grew too large, in order to help protect their guilds’ interests. 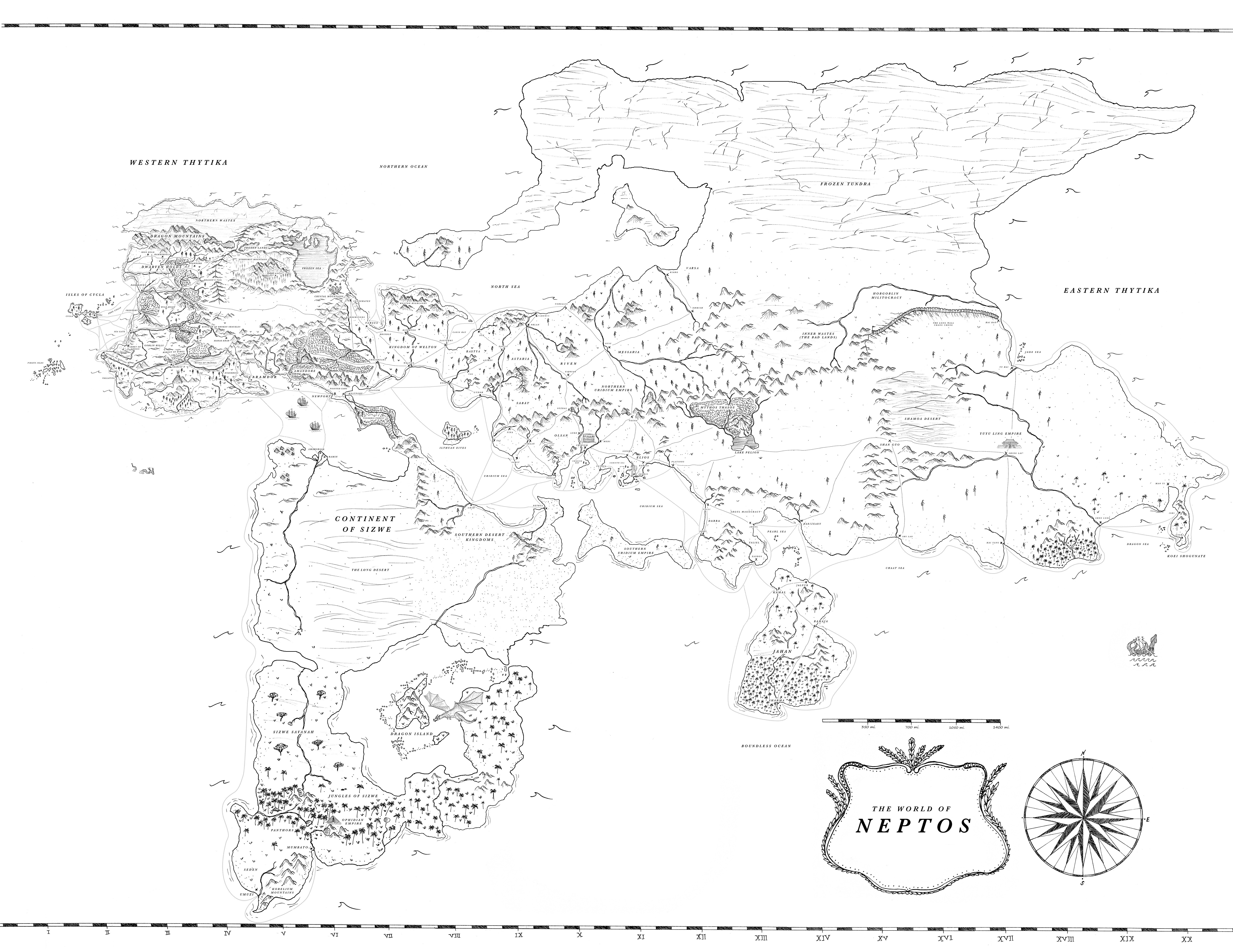