Dwarven Holds of the North

The Dwarves of the North are one nation ruled by a tight alliance between the three remaining Dwarf Kings. Each ruling one of the major dwarven strongholds.

The Dwarves once dominated the entire frontier. Six kings and queens presiding over untold riches and the most technologically advanced civilization in the world.

The dwarves’ holdings have diminished to a third the size at the height of their power due to the catastrophic wars waged against them by the Frost Giants in what is called the Frost Wars.

The long-lived races proliferate at much slower rates than most other races thus the kingdom’s recovery will take centuries to recoup its lost glory.

Dwarves’ steelmaking technology is second to none. However, despite this fact, the prices it commands puts the acquisition of dwarven crafted arms and armour out of most nation’s reach, simply too expensive to equip their entire nations’ armies.

Instead, the Dwarves rely on other avenues of trade.

The dwarven mines are amongst the rare locations on Neptos that still mine mithral and the only mines in the world to mine adamantine.

The dwarves mine most other metals including gold and platinum as well as small quantities of rare gems.

The dwarves once had great gem mines but they are now mostly depleted. Gems are the primary ingredient and fuel for magical artifices, a specialty of the dwarves.

The Dwarves import diamonds and other precious gems which they use as fuel for enchanting. They trade precious mithral in exchange for these precious gems.

The dwarves export large amounts of food, livestock, and alcohol to the Free Cities.

The Dwarven Strongholds are marvels of magitech.

Their strongholds have many features of wonderous magical and mechanical creations and their technology is at an early industrialized state, fueled by magic.

Magical creations are incredibly expensive as their requirements to craft are dependant on large amounts of precious materials. However, once crafted they have no ongoing need for fuel to operate. These marvels of magictech draw the strands of magic in the world to them like a magnet that powers them.

Elevators, mechanical doors, engines that power bellows for their great forges, machine rollers to create homogenous steel, and a rail network for an underground train that travels between the three remaining dwarven capitals

The mithral, adamantine and vast number of gems and precious metals that were used to construct, then enchant these marvelous machines is more than the combined wealth of all the Free Cities.

Dwarves do not throw their lives away needlessly. The death of a single dwarf is a greater loss to its people than that of most other shorter-lived races due to their less prolific reproduction.

The dwarves however are no strangers to war and guard their territory with absolute resolve thanks to their hardy nature and marvels of their magical artifice.

The Dwarves are also ever vigilant of the greedy dragons that would take their wealth without the exchange of fair service.

As such the dwarves have the most formidable army in all of Western Thytika.

Every dwarf is trained in basic combat from a young age, with those that show great aptitude going on to serve the nation and their clans with honor.

The dwarves can field large wings of griffon riders, and elite formation of infinitary and ground cavalry called the Line breakers.

Line Breakers are equipped with mithral and adamantine armour and weapons, allowing them to advance on mass musket formations with little fear, forming the spearhead of dwarven forces.

Line Breakers can charge into combat on war ponies also bedecked in Mithral and adamantine barding.

Their strongholds are reinforced with adamantine and mithral, able to shrug off any cannon fire and their battlements are equipped with ballistae and repeating scorpion bolt throwers that have been imbued with magic.

The magic of these siege weapons propels bolts with far greater force, by order of magnitude than their obsolete conventional counterparts giving them even greater range than black powder weapons.

The bolts are also often enhanced with magic properties to give them even greater effectiveness.

These include adamantine tips for penetration, explosive magic for area destruction and even seeking qualities.

In fact, these seeking qualities are how they protect their strongholds from areal threats like avarice dragons looking to plunder the dwarves’ vast wealth.

The Dwarven Kingdoms have a history of war with their greatest enemies the Frost Giants.

Five hundred years ago, saw the conclusion of the first Dwarf-Giant war where the dwarves toppled the Frost Giant Citadels and ousted them from the north pushing them into the Frozen Lands. This came at a great cost to the dwarves.

By the conclusion of the first Frost War, the dwarves had taken horrendous losses and had already started to consolidate their power closer to the north fortress cities, abandoning their southern holding in what is called the “Lost Kingdom”.

They planned to resettle their lost lands and re-open their mines when their population had recovered after the war but the influx of humans shortly after the exodus made this impossible.

Human colonists on the Free Coast discovered the abandoned mines with their small deposit of the incredibly precious mithral along with decent reserves of gold and silver.

The dwarves did not count on the volume of humans settling the Free Coast as well as lacked the resources to contest this mass migration.

The annexation of traditional dwarven lands, particularly the mithral mine north of Fairhaven, is a sore topic between the Free Cities’ Coalition and the Dwarven Kings of the North.

The colonists fought for every inch of those mines, even defeating some younger dragons, lesser giants, and hordes of Goblins to claim them, refusing to give them back to the dwarves.

The Dwarves, who are known for their legendary grudges, knew they would eventually claim their holdings back by force but during the Second Frost War, known as the Orc Uprising, the humans of the Free Cities and Province Nations lent them great aid in a time of need.

The Stubborn Dwarves conceded to give up their ancestral claims to these lands in light of this great service.

The fact that the mines were almost exhausted, played a large factor in their political decisions, probably more so than the human’s contribution to the war effort.

Dwarves have a special hatred for the youngest race in the world, the orcs.

This is largely due to the fall of the Stone Gut Clan and their fortress city at the hands of the orc during the Second Frost War. 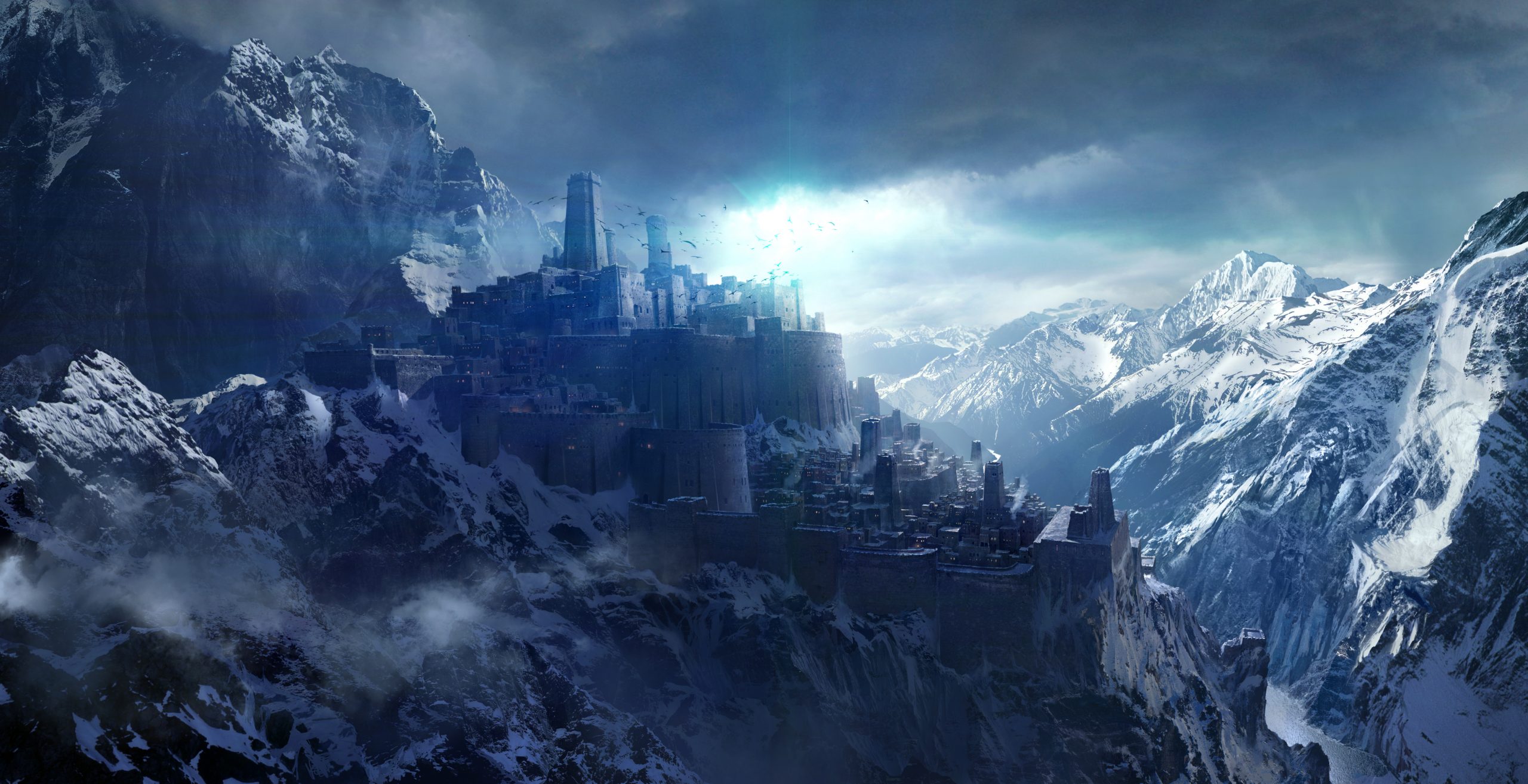