Travel across Neptos is typically undertaken by the mundane means of foot, horse, or various aquatic vessels.

However, on the mortal plane of existence, magic is as much a matter of the fabric of reality as is material physics and some fantastical means of travel do exist including flight and Teleportation.

These more unusual forms of transportation are quite uncommon or extremely expensive to procure, usually reserved for incredibly wealthy individuals and/or organizations and powerful spell casters.

A Teleportation circle is a physical portal of magic tethered to the earth, constructed with great skill. Their construction requires an immense amount of precious gems, skilled wizards, and master artisans.

Not only are they expensive to construct, but they also require further precious materials (gems or precious metals) to activate or be accessed.

Each teleportation circle has a unique set of runes that can be memorized by powerful spells casters in order to activate them.

There are two ways to use teleportation circles.

The second way to access a circle is remotely. This requires a spell caster of greater skill and power and is not without its dangers. If the runes of a circle are not properly memorized or the circle is blocked, a gate opened may lead to a random location in the world or simply not work, still consuming the precious materials needed to access the gate.

The latter usually happens when a gate is blocked by magical means.

However, some secret gates exist either lost in ancient wars or abandoned in the wilderness, now controlled by powerful beings or hordes of monsters.

Once constructed, the magic imbued in a teleportation circle confers it with a high level of durability making it incredibly difficult to destroy and deface.

It is said that a troop of skilled dwarves would take hours if not days to deface a circle enough to render it inert. This inherent quality of resilience ensures that teleportation circles do not degrade over the centuries and it’s not uncommon to find lost circles in harsh environments in perfect working order.

Demon gates are much the same as teleportation circles and can act as such on the mortal plane. However, they are special as they can also be opened to access the Thirteen Layers of the Abyss. These gates have unique runes that are required to control and ferry demons into the mortal plane.

The ability to construct demon gates is a lost art and only a few exist in secret or lost locations throughout the world.

The mortal forces of the thirteen Demon Gods are always looking to secure these hidden locations while some forces of the other gods look to destroy them.

Elves are the only race with the knowledge to construct magical airships. Under full sail in a good wind, these wondrous marvels of magi tech can sail across the heavens at great speeds able to adjust their altitude via a magical helm that controls the magical flight of these contraptions.

These wonderous magical creations are not so dissimilar in shape and form to the more mundane sea-faring vessels of humans. They can even land in bodies of water and be used in such a function if needed.

Very Few airships exist outside of the powerful Elven Kingdoms and enclaves. One such warship is in the possession of the Orcish Kingdom of Broken Shackles taken at the end of the second frost war.

Airships are incredibly expensive to craft, the magical components being very rare and the art required to enact the enchantments beyond the capabilities of most elven enchanters.

Some Elven Airships have been upgraded with magical Dwarven war engines. This distasteful scarring of elven beauty is seen as a pragmatic necessity to protect the elven domains from powerful arial threats like vengeful dragons. 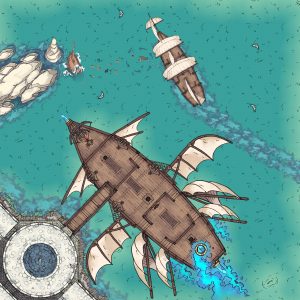 Monstrous beasts and spells of flight

In addition to the above modes of exotic transportation, monstrous beasts such as Griffons, Wyverns, Manticores, and even Dragons can be trained, employed, or convinced to carry passengers and riders.

Griffons are the most common form of exotic transport beast employed by both Humans and Dwarves, particularly as aerial war mounts.

However, griffons are very dangerous and temperamental creatures. Only the best-trained beasts or most skilled handlers have any hope of controlling these dangerous creatures. But once a strong bond has been formed between a rider and griffon, the beast becomes incredibly loyal forming a near unbreakable partnership.

Orcs train and subjugate Wyverns and Manticores as their preferred mode of aerial war mounts and pets.

These creatures are even harder to control than griffons, as they do not share the same sense of loyalty and bond with their masters. It is not uncommon for them to turn on weaker orcs if no longer willing to continue the bond of servitude.

Only the largest and mightiest orcs are chosen to ride these monstrous beasts, a sign of great prestige within the orcish clans and tribes.

Some dragons are known to allow riders to mount them, but almost exclusively on a dragon’s terms. Dragons are amongst the mightiest of mortal creatures and do not hand out their services lightly or cheaply.

Some spellcasters of sufficient power are able to cast spells of flight or employ wonderous magical items that can also confer the ability of flight. 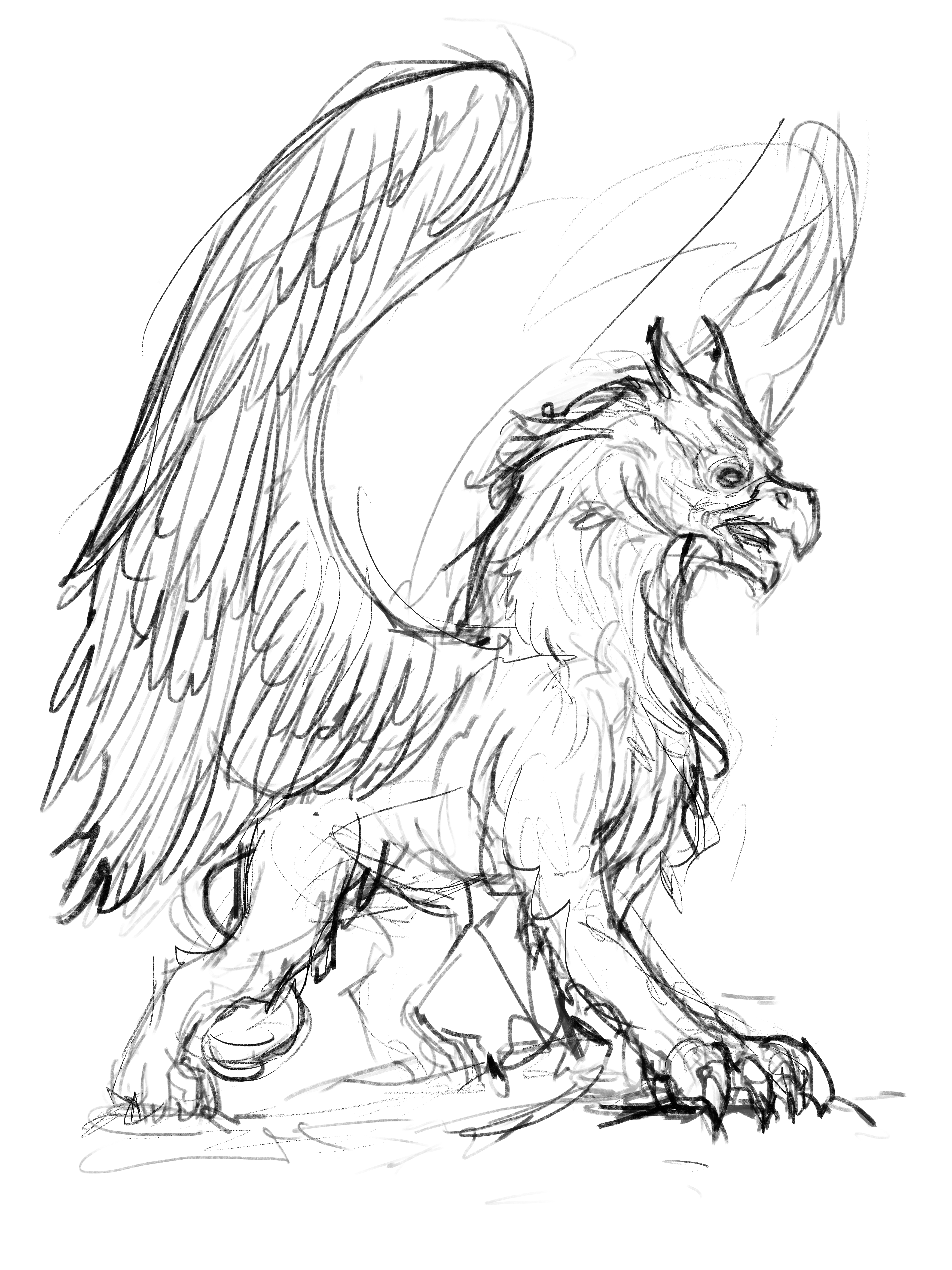