Chief was a  half-orc that led the inner council of Sanctuary in the absence of Lord Persus.

Chief was the most visible member of the Sanctuary leadership.

He was a half-orc of immense size, every part of his visible body criss-crossed with scars earned in countless combats.

One jagged scar that ran from his hip to shoulder is said to had been given to him by Lord Persus.

Chief enforced the rules of good behavior in Sanctuary.

Chief was not always a man of law and order. Chief originally hailed from the Goblin Hills, a mercenary chief hiring his services out to the Stone Hammer clan.

His checkered history drew the ire of Lord Persus and the First Force (the famous adventuring company), who were sent out by the Free Cities’ Coalition to hunt him and his band down twenty years ago.

The encounter nearly cost him his life.

It is unknown why Chief’s life was spared but he became one of Lord Persus’ most trusted allies and advisors.

Chief was a natural-born leader. He led by example and never shied away from his sense of duty.

He strongly adhered to the tenants of Marak-Khar the Orcish demi-god of Strength and Honour.

His heavy-handed tactics and solutions to problems sometimes puts him at odds with the other leaders of Sanctuary, but every decision he made was in the best interests of the town and its people.

Chief was a warrior of immense skill and strength.

Years of warfare and battle, raised in an orcish society had turned him into a supreme warrior.

Able to don heavy plate armour of a thickness that would see most warriors unable to bare and fight, he was an unstoppable force on the battlefield wielding his great axe like an extension of his own limbs. 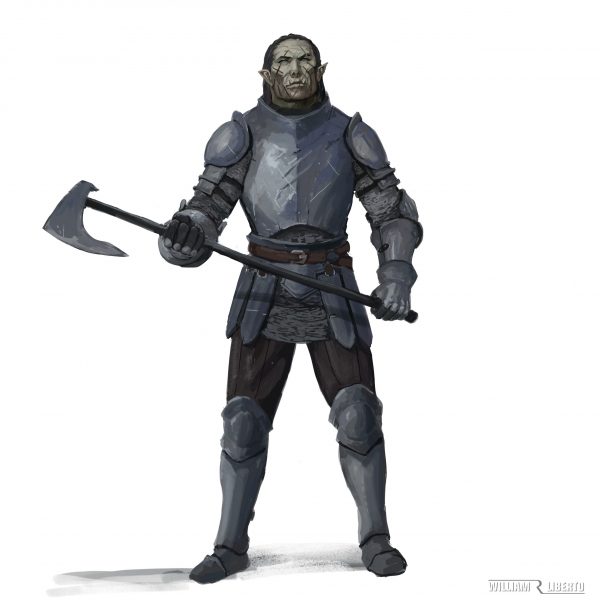