Lord Persus was a mysterious champion of light, and a Paladin of Helios. He was the Lord of Sanctuary.

Little is known of Persus’ early life but it is believed he was born to a human mother of humble beginnings in the small town of Burry in Caramdor, while his elven father remains a mystery.

There are some records in the Great Library of Evandross, the Capital of Caramdor, that have him enrolled as a member of the Burry militia in 949 NA as well as an official promotion to the rank of Knight-Captain in 953 NA for his services at Goblin Watch.

All other records of his youth seem to be redacted, destroyed, or hidden from public view.

Little else is known except that he was mentored by a great Champion of the Light, Father Jayce a Priest of Helios, whom he held in the highest esteem

Persus held a reputation as a holy warrior without the trapping of their arrogance. Amongst his friends and peers, he was known for his compassion, honesty, and loyalty and did not hold himself above the common people trying to balance their needs with those of the greater good.

However, he was equally known to lose focus of the consequences of his actions when faced with a chance to meet his enemy in battle. This could lead him to take rash actions in his pursuits of destroying evil where he found it. A Predictable flaw in character that could be exploited by his enemies.

His choice of serving the Free Cities’ Coalition over the templar and crusader organizations of the “goodly” gods marked him as different from his peers within the temples and churches of the gods.

Persus had no desire for personal wealth and power but understood its usefulness as a tool, facilitating security for the citizens of the land. It is for this reason he had sought to establish the town of Sanctuary.

Early in his career, he embarked on a mission to recruit outcasts from the usually violent or thieving orc and goblin races.

Atypical individuals, that wanted to live in civilized lands, without the fears of racial prejudice and desired to leave their tribes and clans that engage in evil acts.

He wished to establish a  “Sanctuary”, a town that provided these people with opportunities. The town also acted as a buffer between the borders of the Free cities’ Coalition and the dangerous wilds controlled by other renegade orcs, hobgoblin, and goblin tribes.

He believed that this served his Lord Helios, who preached the virtues of rebirth and renewal. 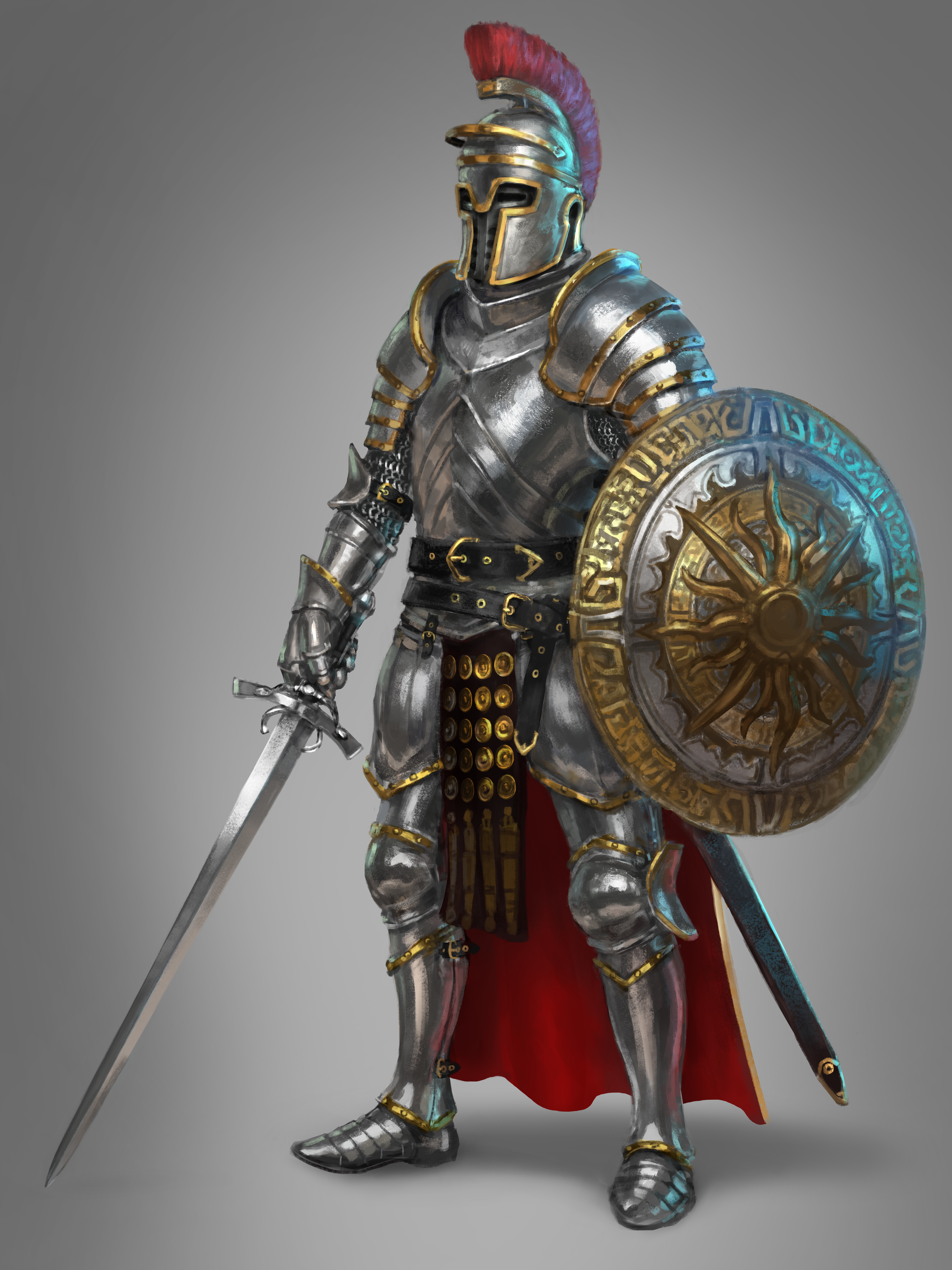 Lord Persus did not administer to the daily rule of the Sanctuary. He left this to his most trusted companions, Chief, Morkul, and Gorak.

He was a shadowy figure rarely seen in town.

It is unknown where he spent most of his days but some rumours told of sighting of him in the poorer wards of Fairhaven disguised as a pilgrim, providing healing services for free to the poorest of the poor in the metropolis. Other rumours circulated that he secretly advised the Queen Regent, Rose, of Caramdor.

Yet other rumours spoke of darker more sinister pastimes, his facade a false persona hiding his true purpose.

Lord Persus was a formidable combatant, a master in the defensive arts, and able to enhance his martial capabilities with some divine magic.

Lord Persus’ body was covered in eldritch tattoos invisible to the naked eye. When subject to a magical attack or influence, the tattoos flare-up in bright light, able to absorb part of the incoming magic giving him some resistance to the magic.

The tattoos not only protect Lord Persus, they also stored part of the magical energies directed at him helping him fuel his own divine magic.

These Eldritch marks and their origins were subject to some curiosity amongst academics. The eldritch marks are of the type typically used to shackle and contain demonic forces.

This raised some questions as to the true purpose of the tattoos.

Persus was able to discharge holy energy from both his weapons and shield to “smite” his foes.

Persus was able to draw from his connection to Helios to cast healing magic to close wounds and cure poisons and diseases. He could also draw from the stored magic in his eldritch marks to do the same.

Persus was able to shunt/teleport over small distances (30 feet) in a flash of dark light.

Persus was able to channel his Lord’s radiance to inspire or influence those around him. However, this magic could never compel any individual to do something that would go against their nature or personal will.

Persus was able to summon a column of pure radiant energy to entrap and destroy demons and the undead. Channeling this particular powerful divine magic was only ever used as a last resort. The mortal body is poorly equipped to act as a conduit to the gods for such powerful magic, and as such its use risked incapacitating or even killing the channeler in the process.

Persus wielded an artifact of Helios called Faith’s Ward. A shield made of Mithral and Adamantine, of incredible craftsmanship and powerful magic.

It was said to be indestructible as well as allow a champion of the light to amplify their divine magic. 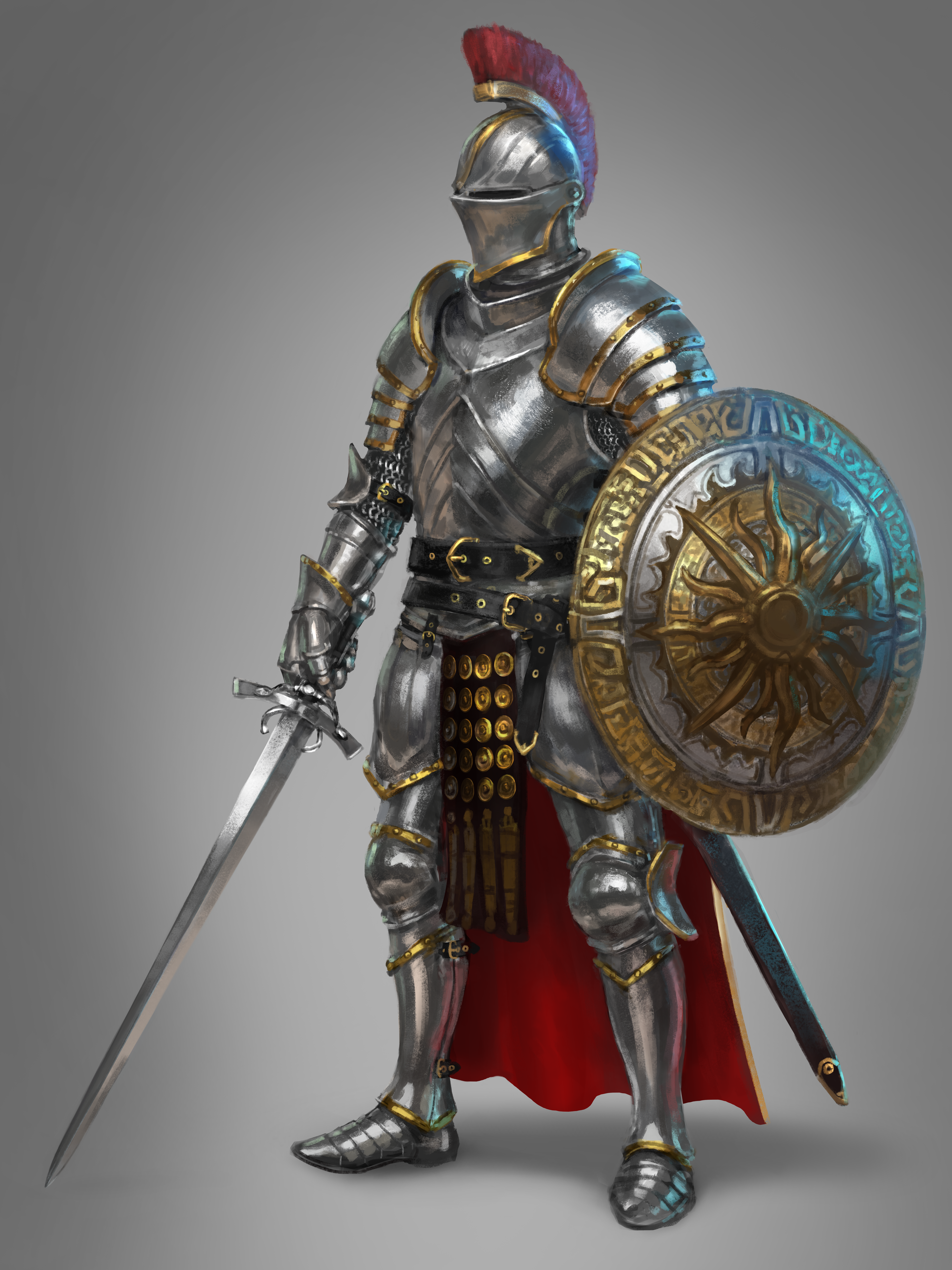