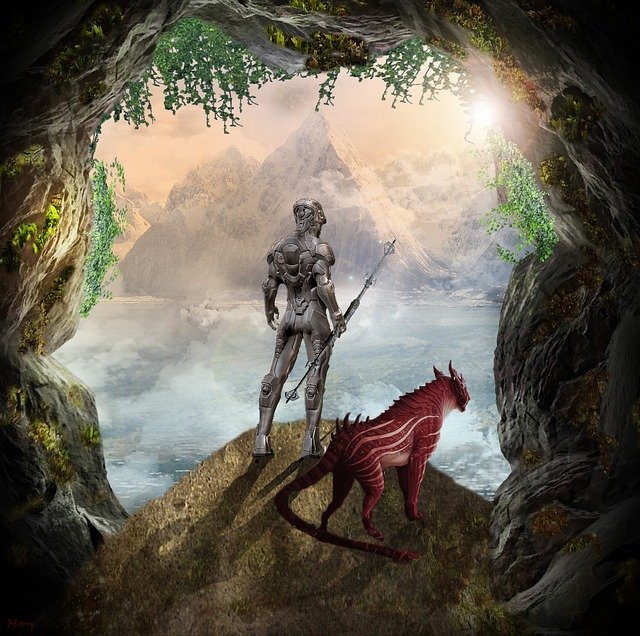 Posted at 04:18h in Skills by Stav Saristavros 0 Comments
0 Likes

Warforged are one of the playable fictional races of creatures in the Eberron campaign setting. They are living constructs, sentient, and superficially similar to golems. If you want to RP Iron Man in a D&D campaign setting, this is your chance to be your own robot soldier!

Yes. According to the Eberron: Rising from the Last War, warforged are a “Living Construct”. Even though you were created, constructed, fabricated even, you are a living creature. You are immune to disease. You do not need to eat or breathe, but you can if you want.

Instead of sleeping, you enter an inactive rest state for 6 hours each day. You do not dream in this state; you are fully aware of your surroundings and notice approaching enemies and other events as normal. You’re basically on standby mode, just having a rest.

This is the ability Sentry’s Rest. When you take a long rest, you must spend at least six hours in an inactive, motionless state, rather than sleeping. In this state, you appear to be inert, but it doesn’t render you unconscious, and you can see and hear as normal. 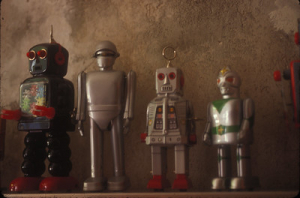 Humanoid is a creature with a human shape, i.e. two legs, two arms, a body, and a head. Sometimes tails, sometimes wings, but overall, the humanoid shape is pretty recognizable.

Warforged are technically living creatures, constructed to be humanoid in appearance, so yes, warforged are humanoids.

Your size is medium, but there is some leeway as to just how tall you are. You were created for a purpose; some soldiers need to be smaller, some larger; your take on your height will be an interesting part of your character backstory.

In “Eberron – Rising from the Last War” put out by Wizards, they have a way to set your warforged height randomly:

Your size is Medium. To set your height and weight randomly, start with rolling a size modifier.

Languages for warforged are interesting; right out of the gate you can speak, read, and write common, but you also get a second language.

I get that it would be OP to have a C3PO Human Cyborg Relations Bot that is fluent in over six million forms of communication, but like, why just common plus one?

This makes sense when you realize that your creation was essentially a war effort; you were built to fight, or for some other war purpose.

Your mind is not for talking, but they made sure you had common and- perhaps the second language is one your creator could speak? Again, your character = your backstory. Languages can be part of that. 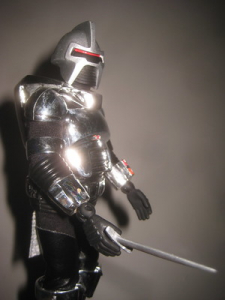 All Warforged are products of a recent war, and none of you are over your mid-30’s yet. While it is theorized that you can live indefinitely if well maintained, there just hasn’t been enough time to see if it’s true yet.

There are some machines in real life that are centuries old and still working, but if you think of the mechanical nature of your Warforged innards and how complex you must be as a construct, it’s easy to see how many things could go wrong that would render you functionally dead.

How well you take care of your body will certainly equate to being able to push that theory on Warforged immortality.

Are you going to play your Warforged character as though you are immortal? Your own approach will make for an interesting character, as you are part of a race that is so new it does not know what its natural lifespan is.

Many warforged are the same number of years old, and I’m sure warforged take care to talk to each other and keep each other up to speed on how best to keep themselves in good working order.

Your racial kinship must be very strong; you only have each other to know what’s really going on, how to keep yourselves alive, and the effects of being a living sentient construct race in a world full of flesh and blood humanoids.

Metal corrodes. With a sailing ship, as parts break and wear they can be replaced.

But if you have replaced every single piece of the boat, is it still the same boat as the original? What makes a Warforged “them”? You have opportunities for very interesting takes on permanence and self with this race. 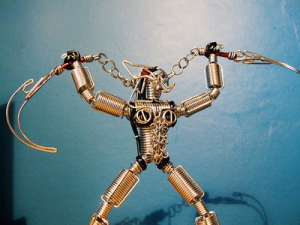 Are Warforged immune to charm? Can Warforged be poisoned?

Being humanoid, my read on Warforged is that they CAN be charmed. As a warforged, you have a personality, you react to others around you, and you have your own thoughts, opinions and… feelings?

Just where on the scale of “indistinguishable from a human” to “a toaster” you want to play it is going to be up to you, and at the discretion of the DM of course.

As for being poisoned, you have a racial advantage on saving throws against being poisoned, and you have resistance to poison damage. Because you are a being made of metal and not flesh, you are immune to disease.

Another racial bonus is that you also don’t need to eat, drink, or sleep, so you won’t even have to worry about food poisoning or being poisoned in your sleep. Magic may not be used to make you sleep.

Can Warforged be resurrected?

Resurrection reads “You touch a dead creature that has been dead for no more than a century, that didn’t die of old age, and that isn’t Undead. If its soul is free and willing, the target returns to life with all its Hit Points.”

Given that “construct” is a creature type, it would appear that magic may be used to bring you back; Resurrection does indeed work on the body of a Warforged! Robots are people too.

Though they have free will, whether they have a soul is not known with certainty; they can be resurrected by spells designed to restore people to life, but, unlike humans, they never remember anything of their experience in the afterlife after such an event.

You just go on living with a bit of a gap in your memory from the time you ‘were away’. 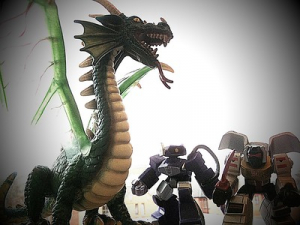 In Eberron, dragonmarks are elaborate skin patterns, sort of similar to tattoos, that grant their bearers spellcasting abilities. Each type of mark is tied to a different family that controls a different industry or trade in Eberron.

Not every family member has a dragonmark and, conversely, merely possessing a dragonmark does not grant special status within the house. Warforged do not manifest dragonmarks.

Can Warforged see in the dark?

No. If you can wrangle a pair of night vision binoculars they could perhaps, but warforged eyes are mechanical, and not the flesh and blood of some other races that would let them see better in lowlight or darklight.

Can Warforged use potions?

Yes. Potions which specify effects on creatures work on warforged.

Your warforged body has built-in defensive layers, which can be further enhanced with armor:

So basically, you ARE amor.

Playing a warforged will be an interesting experience. You will encounter prejudice from meat-entities, existential dread about your own future, and an alienation from other life forms that you will have to choose how to navigate. Good luck, have fun!