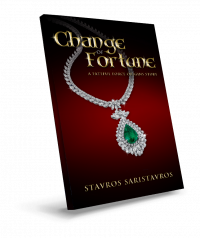 Register below to confirm your member subscription and receive your free Advanced Reader Copy (ARC) of Change of Fortune: A Fateful Force Origins story, prequel to The Tome of Syyx.

Change of Fortune: A Fateful Force Origins Story, Prequel to The Tome of Syyx

A time before grand adventures and ancient evils, a young girl must choose her fate.

Struggling to come to terms with her lot in life, Akke believes beyond hope that she is destined for something greater than to live out her days as the life of a street rat.

So when she is presented with the opportunity to rid herself of the invisible shackles of a corrupt city, Akke does not hesitate to take her fate into her own hands.

But are dreams only for fools and the desperate? And is she just trading one set of shackles for another?

Ancient evils stir. Deals must be brokered. But who can be trusted?

Armies of orcs and hobgoblins, are far from the only threats to peace on the frontier.

When a motley crew of adventurers (The Fierce Force) discover a corpse that does not bleed, they have no choice but to take on increasingly dangerous missions and the seemingly-impossible task of confronting forces beyond their experience.

But what hopes of survival do they have in the face of dragons, necromancy, and plague masters?

Step into this riveting Dungeons and Dragons-inspired adventure.
*no dice required 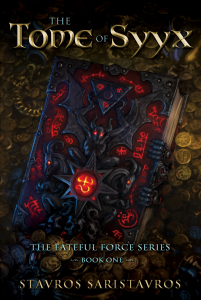