The Fateful Force’s Pick – Heir to The Empire – Timothy Zahn 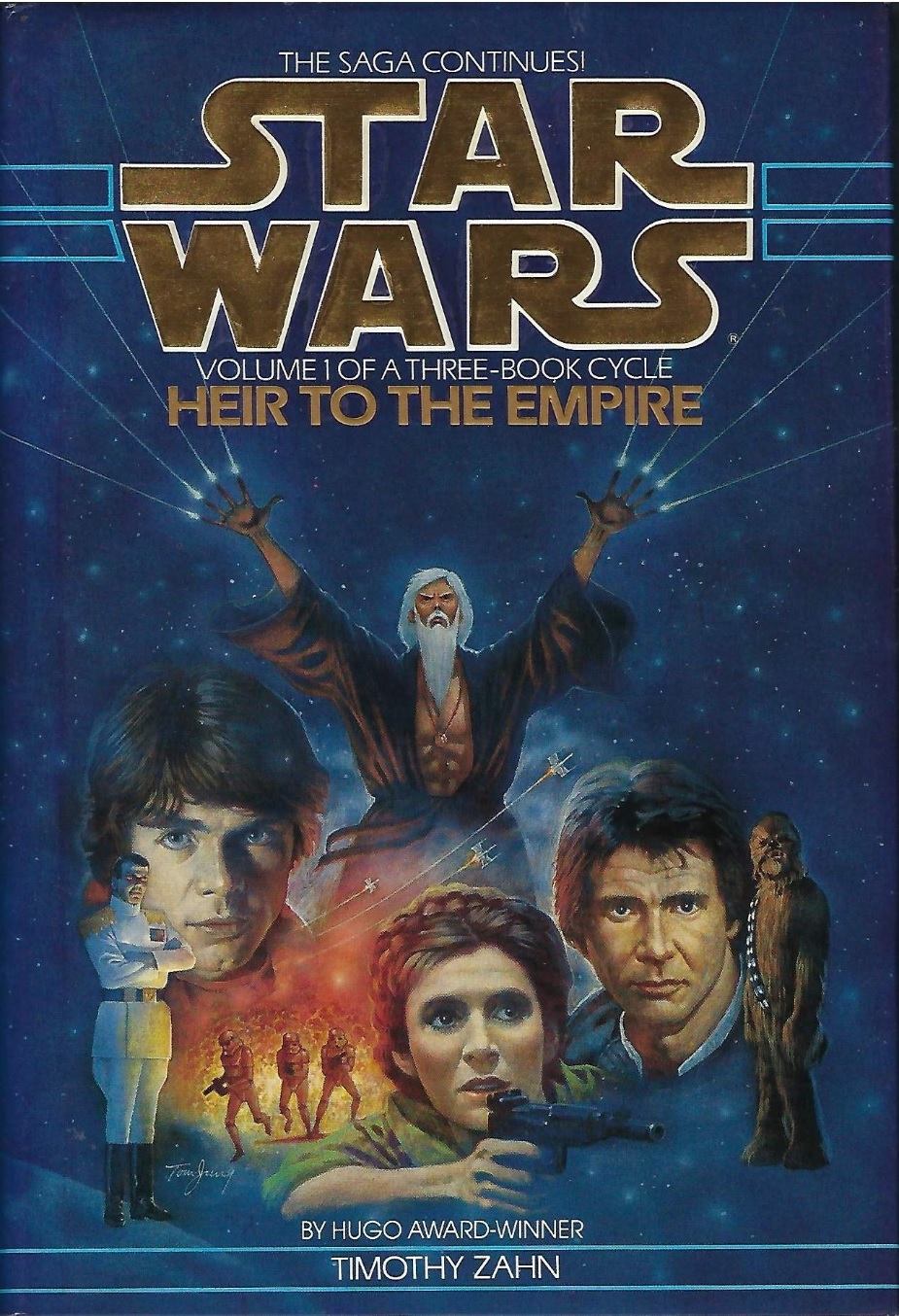 Star Wars is without a doubt the most recognizable sci-fi/fantasy franchise. The original movies ignited the imaginations of millions with its jaw-dropping special effects, lovable cast of characters, and compelling storyline.

In the many years before Disney, and even before Lucas decided to film the prequel trilogies,  fans explored the Star Wars Extended Universe (EU) through a multitude of resources including computer games, comics, and books.

When looking at all the rich stories and content over the years, one title rises to the top time and time again as the most loved and recommended Star Wars story. Heir to The Empire by Timothy Zahn, and by extension the Thrawn Trilogy.

Heir to the Empire is set five years after the Battle of Endor. The Empire’s power base is defeated, thanks to the hard work of all the heroes in the original trilogy. While pockets of Imperial die-hards are still causing trouble for what is now called “The New Republic” (formally the Rebel Alliance), the galaxy is finally at peace.

Or so we think.

Out of the Imperial ashes of defeat, enters a brilliant strategist, Grand Admiral Thrawn. Zahn’s narrative takes us on a wild adventure, as the New Republic is challenged by the threat of the return of the Empire and consequently a threat to galactic peace. One that could undo the sacrifices and hard-earned victories of the Rebels in the original trilogy.

Heir to The Empire is everything the new sequels should have been. It does not undermine the story and sacrifices made by our heroes in the original trilogy, while at the same time providing a new antagonist, a compelling story with new and fresh heroes, that quickly become fan favorites and able to carry the EU franchise.

This is not to say that Disney is not capable of writing great stories. Rogue One, Andor, and the Mandalorian suggest otherwise. But there is no mystery as to why Zahn’s stories have been received well by fans almost unanimously instead of deeply dividing them.

Zahn’s tales of adventure are a must for any Star Wars fan and in my opinion, the greatest Star Wars story outside of the original Trilogy.

Change of Fortune: A Fateful Force Origins Story, Prequel to The Tome of Syyx