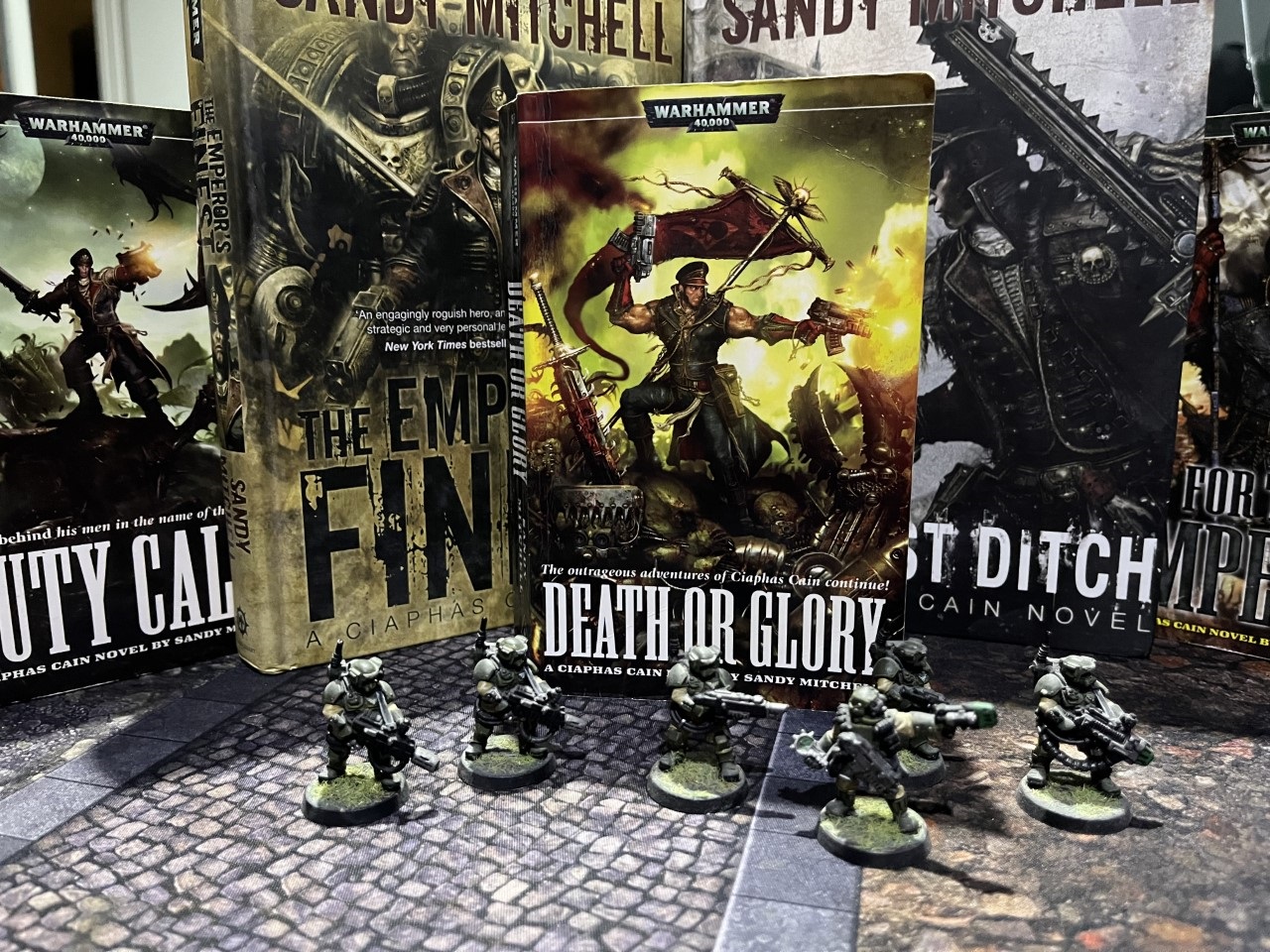 Games Workshop’s 40K universe is one of the most recognizable IPs in sci-fi/fantasy. While the core of their business model revolves around mini-wargaming, the popularity of the setting has spawned some truly amazing books.

Whether you are a 40K veteran or new to the setting, Sandy Mitchell’s Commissar Cain series is a must-read. At the top of the list is Death or Glory, hands down my favorite Cain book.

The great thing about Mitchell’s series is that while there is a broad storyline, reading the books in published order is not a prerequisite. Most books can be read as a standalone, without the context of previous books in the series. This is true for Death or Glory which is book 4 in the series.

The story begins with Cain on board an imperial troopship, part of a reinforcing fleet inbound for the embattled planet of Perlia. When the ship comes under attack, Cain and his trusty aid Jurgen are forced to abandon ship in an escape pod that eventually crashes down on the planet behind enemy lines.

What ensues is an action-packed adventure, that will be recorded in Imperial History as “The March of the Liberator” as Cain and a motley crew of irregulars picked up along his journey, blast their way across Ork territory.

All the while, Cain’s inner dialogue never ceases to bring a smile to my face as he reflects on his reputation as a reluctant hero wanting nothing more than to be as far from the action as possible.

But try is as he might, the biggest and meanest baddies (Orks in this book) always seem to get in his way, forcing him into terror-filled battles that he somehow overcomes, bolstering his reputation as a hero of the imperium. Much to his dismay.

Mitchell’s novels are not particularly complex, but they have just the right amount of action, suspense, and humor to keep you engaged and constantly cheering for Cain.

The Emperor really must protect, smiling down on Cain as he and his trusty aid overcame seemingly impossible odds time and time again.

Or perhaps it is the ruinous powers of Chaos that have cursed him to forever be thrown into these near-impossible situations for their amusement.