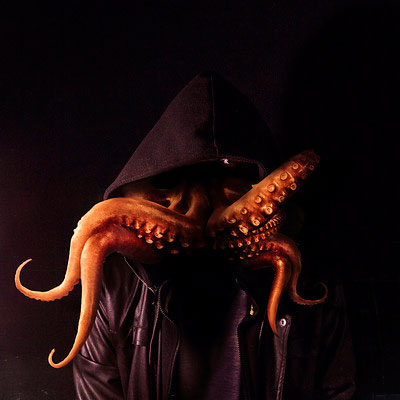 Posted at 08:37h in Races by Stav Saristavros 0 Comments
0 Likes

What is a Simic hybrid?

Simic Hybrids are lore-locked quite hard onto the Ravnica setting, but their stats represent a rather flexible opportunity for you to play as a “monster” or “mutant”. If you want to try out an innovative mishmash of physical characteristics, build yourself a simic hybrid and go nuts!

History and Lore: Where do Simic hybrids come from?

The group known as the Simic Combine uses magic to fuse different life forms together. In recent years, the Simic Combine has extended this research to humanoid subjects, magically transferring the traits of various animals into humans, elves, and vedalken.

The goals of the group, calling it the Guardian Project, are to build a Simic army of soldiers perfectly adapted to a variety of combat situations. These hyper-evolved specimens are called Simic hybrids, though they sometimes refer to themselves simply as Guardians.

What book is the Simic hybrid in?

These factors are determined entirely by your base race (human, elf, or vedalken) and the attributes you chose to take on, as below!

While you may be familiar with elves and humans, vedalken might be new to you, so here’s a bit more on them:

Vedalken sees imperfection as a chance for improvement, whether it’s in law or in science, and progress is an endless march toward a state of perfection that might never be reached.

This leads vedalken to pursue their work with delighted enthusiasm, never deterred by setbacks and excited by every opportunity for improvement.

Vedalken are tall and slender, standing almost a head taller than humans on average, but weighing about the same. Their hairless skin covers a range of shades of blue, from pale sky blue through bright azure to deep indigo, almost purple.

Their eyes are darker shades of blue or violet. They lack external ears, and their noses are broad and flat. As a rule, vedalken are gregarious in conversation. However, they are private concerning their personal lives, and they tend to engage more with ideas than with people.

They form close friendships based on mutual interests or compelling disagreements, and their interactions focus on their thoughts about those issues rather than their feelings about them.

To members of other races, vedalken often appear cold, even emotionless. That assessment isn’t fair—they feel emotion every bit as vividly as other races, but they are skilled at not displaying it.

Cool rationality guides their actions, they make and follow careful plans, and they are patient enough to do nothing at all when the ideal outcome relies on inaction. 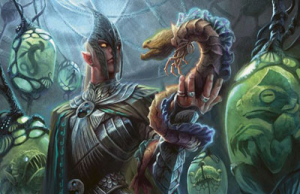 Simic Hybrids are quite a different take on building a D&D character, as you get to pick and choose your most powerful abilities as you go.

At 1st level, choose one of the following options for your animal enhancement:

At 5th level, your body evolves further, developing new characteristics. Choose one of the options you passed up at 1st level, or one of the following other options:

By level 5, you should have a sense of your simic hybrid character enough to know which direction to take it with your second pick of animal enhancement trait. 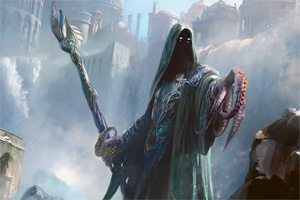 The Simic Hybrid is a very unique D&D race. The choices you make can majorly alter your build, and thus your entire playstyle. While at home in Ravnica, they are believable in most campaign settings, as the result of wild magic or experimentation.

Try them out whenever you want a very durable version of any class. The only detriments I can see are aesthetic, so xenophobia will come into play with others’ fear of the unknown, but you can take that on as part of your roleplaying and see how your character handles the reactions around you.

As long as you’re taking on various animal traits, you might be thinking about homebrew things.

Sure, the official options give you great choices, but is it really that much of a leap to want one tentacle and one claw for your grappling appendages, instead of JUST claws or JUST tentacles?

Down this path is the slippery slope into madness, making truly Frankensteinesque characters with all sorts of animal traits glommed onto them.

We of course cannot sanction this.

However, if you take the time to homebrew something you really want to try out, make sure it’s clearly laid out with what you’re trying to do when you beg suggest it to the DM.

Good luck and have fun in your wild new character body!