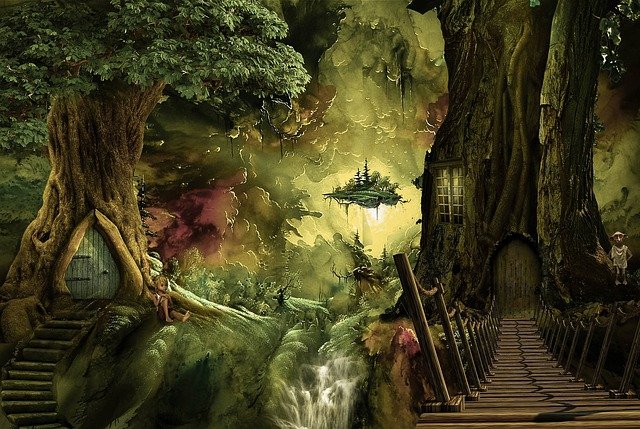 Posted at 05:32h in Skills by Stav Saristavros 0 Comments
0 Likes

A classic fantasy race, elves have been split into many subraces, each with their own unique take on the world, physical characteristics, skills, powers, and abilities.

Of the subraces (high elves, wood elves, and dark elves), the ethereal Moon Elves (a high elf) are the most common subrace of elf, and their qualities make them an excellent choice for your next character.

What is a moon elf?

In D&D, there are two kinds of high elves.

One type (which includes the grey elves and valley elves of Greyhawk, the Silvanesti of Dragonlance, and the sun elves of Faerûn of the Forgotten Realms) is haughty and reclusive, believing themselves to be superior to non-elves and even other elves.

The other type (which includes the high elves of Greyhawk, the Qualinesti of Dragonlance, and the moon elves of the Forgotten Realms) are what we’re talking about here.

Like all elves, moon elves are tall, close to humans in height, but more slender and beautiful by human standards. Moon elves have pale skin, sometimes tinged with blue or cyan. Moon elf hair is commonly white, black, or blue, or even has hair of silver white.

Human-like hair colors are possible, though very rare. Imagining a pale-skinned moon elf with silver hair will let you see why some people call them “silver elves”. There is a reason Gimli asks for a single hair from Galadriel’s head; elf hair is beautiful.

Many moon elves have light coloured eyes; usually their eyes are blue or green. Moon elf irises have golden flecks speckled throughout. As with humans, male moon elves are typically taller than females. 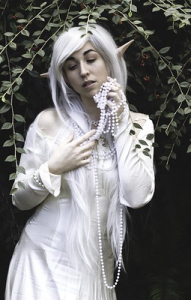 Of all the elven races, moon elves, sometimes called eladrin, seem to be the most impulsive, with a strong distaste for complacency or isolation.

They long to be on the road, travelling and exploring the untamed wilderness that lays between cities and nations; you likely have good reason to be venturing out into the world, and you can come up with many motivations for your current situation!

This extroverted quality was part of the reason why moon elves get along very well with other races.

You will find yourself fitting in easily with even the most mish-mashed mixed party! Rather than feeling that interaction outside of your race diminishes or weakens you, you feel that interacting with other races (humans in particular) is the best way to spread the culture and values of your people.

As for your culture, moon elf society is often loosely organized, and few moon elves stay in one place for more than a season or two, preferring a nomadic lifestyle. This makes for a hodgepodge of elected officials, rather than a long-lasting constant body of governance.

Most moon elves organize themselves into groups of a dozen extended families or so, each ruled democratically, although often with de facto leaders whose say holds more weight than anyone else’s, an individual most often respected for either their age or their martial skill.

You will have to consider who you answer to, what influences are working on your character, and what are your ‘ties that bind’. Wherever you live, moon elves are unassuming, with homes that are humble, promoting comfortable living with minimalism.

Simplicity is appealing to you; every possession you have should serve a purpose, and your mind values efficiency.

Although often light-hearted and at ease, moon elves can leap to action if danger comes knocking. Like other elves, moon elves are trained to wield a weapon and many also have some small skill in magic.

However, even in dark times, moon elves will find something to brighten them up, a quality that can be valuable for maintaining morale with a party going through a difficult situation. 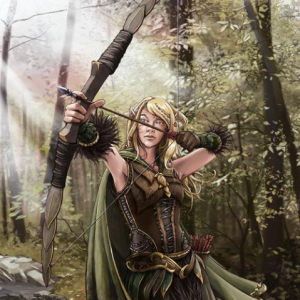 No! Drow, also known as dark elves, deep elves, night elves, or sometimes “The Ones Who Went Below” on the surface, and the Dark Ones among orcs, are a dark-skinned sub-race of elves that predominantly live in the Underdark.

They are hated and feared due to their cruelty, though some non-evil and an even smaller number of good drow do exist. Within the elf race, a drow is basically the opposite of a moon elf!

Do Moon Elves have horns?

No. Boring old hair on your head and no pointy spiky bits.

How long do moon elves live?

It’s hard for our human irl brains to grasp what the longevity of an elf means.

Although elves reach physical maturity at about the same age as humans, the elven understanding of adulthood goes beyond physical growth or the number of years someone has been alive; they encompass their worldly experience, the trials and tribulations, the challenges they’ve faced and overcome along the way.

An elf typically claims adulthood and an adult name around the age o f 100, and can live to be 750 years old. So basically, once you have lived as long as the oldest of the humans, you then feel you have enough experience to call yourself an adult.

It’s interesting when you look at the ratio of non-adult to bonafide-adult years; if you consider (rounding for ease of math) that your human-self becomes an adult at 20, and you live to 100, you spend one-fifth of your life as a non-adult.

If your moon-elf-self becomes an adult at 100 and lives to 700, you have spent one-seventh of your life as a non-adult, comparatively less than a human! 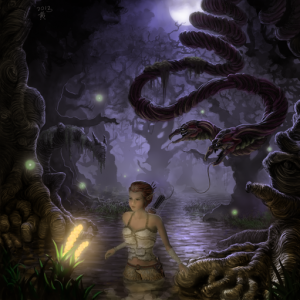 How tall are elves D&D?

Same as humans; some are under 5 feet (152cm) and some are over 6 feet (183cm). Whatever height they are within this, they are medium size.

What do moon elves wear?

Moon elven clothing can be flashy in other ways, with bright colors popular amongst moon elves who felt comfortably at rest and away from danger. This means you, on an adventure, will likely not be wearing bright colours, but you will be wearing very fine clothing, your finances provided of course.

What powers do moon elves have?

Those are all basic things that you get for being “an elf”… being a Moon Elf gives you even more cool stuff! 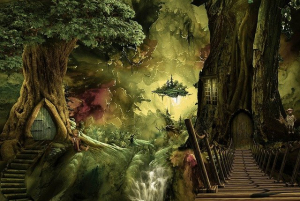 Where do high elves live in D&D?

Most elves dwell in small forest villages hidden among the trees. You being on the road has taken you out of the trees and into the lands of the Great Wide Yonder; best be thinking about what that might do to an elf.

To be longing for forests, your family, your society… your moon elf must have good reason to explore away from your home forest.

Yes. In Forgotten Realms, both Sun Elves and Moon Elves are sub-sub races of elves; both are high elves.

Playing a moon elf will be rich and rewarding as you take the time to consider where you are coming from, where you are going, and what is driving you in your life. You will gladly party up with a variety of other races, and your skills will be an asset to any team.