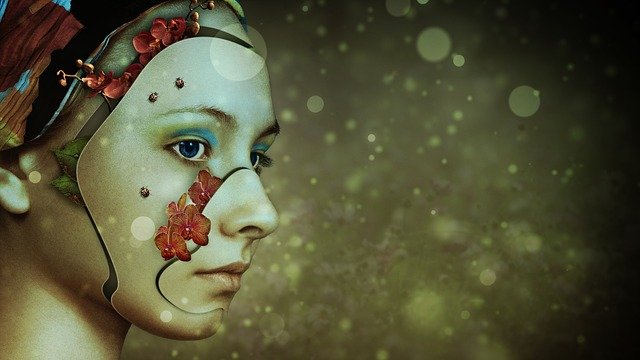 23 Jul From Dreamwalking into Reality: Kalashtar

Posted at 09:07h in Races by Stav Saristavros 0 Comments
0 Likes

Take renegade spirits from the dream plane, meld them with willing humanoid participants, and boom: a new race is born! Kalashtar focus on aligning self discipline with compassion. Their monastic behavior and even-keeled approach to life may remind you of high elves and vulcans.

How did Quori become the Kalashtar?

For the history of Kalashtar, you have to go way way back for a hot minute. And also learn about Dal Quor, the Region of Dreams, a plane that you (as a mortal, presumably) visit when you dream. The plane is home to the Quori, psychic symbionts who have intentions to conquer all of Eberron. Currently, the only way to reach Dal Quor from the Material Plane is through the psychic projection of dreaming.

The Quori, those psychic evil spirits from this dream realm were causing huge problems, and had to be stopped. Forty thousand years ago, the Quori succeeded in opening up the gates between Dal Quor and Eberron, and nearly overran the world. It was only when dragons intervened that the Quori were stopped.

What is a Kalashtar?

Then, still ages ago, 18,00 years in the past, 67 of these Quori escaped from that dream realm and took refuge in the human world. They found a temple in the mountains of adar, with some chill monks. They melded with these willing participants, all 67 of them, each one becoming half of a new being, an entirely new race called the Kalashtar.

In Adar, where they originated, Kalashtar make up 45% of the region, essentially on par with humans, who are 51% (with an extremely small 4% being other races). Not so much ‘white bread’ monochromatic as it is “salt and pepper” as far as diversity goes!

They’ve got some psychic mind link stuff going on, so it’s not just vanilla with them.

Can you become a Kalashtar?

Yes. The Unearthed Arcana made the Kalashtar a playable race.

Can a Kalashtar be evil?

They tend toward lawful and good behavior. The Unearthed Arcana goes a bit more into the motivations and history of the Kalashtar:

The virtuous spirits tied to the kalashtar fled from the dream realm of Dal Quor to escape the evil spirits that dominate the realm. The rebel quori believe that through meditation and devotion, they can eventually change the fundamental nature of Dal Quor, shifting the balance from darkness to light. Thus, most kalashtar communities focus on acts of devotion to the faith known as the Path of Light.

It seems that the Kalashtar are trying to be a force for good in the world! They have their work cut out for them though:

…the dark powers of Dal Quor have their own plans on Eberron. Through the force known as the Dreaming Dark, these monsters are manipulating the people of Khorvaire and eliminating kalashtar whenever possible. Many kalashtar defend themselves from the Dreaming Dark by living in close-knit communities, focusing on devotion to the Path of Light. But some among the kalashtar feel obliged to seek out the agents of the Dreaming Dark and oppose their plans, or simply to protect the innocent however they can. There are some kalashtar who have grown up isolated from their kind, who know nothing about Dal Quor or the Dreaming Dark. Such orphans may use their abilities for personal gain or otherwise act against the virtuous instincts of their quori spirits; this can often cause internal conflicts and violent mood swings.

So yes, Kalashtar can be evil, when they are separated from their people and are lost in the world. 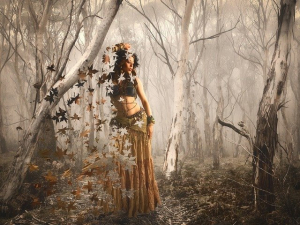 Yes. You might not be able to pick them out of a lineup, but keep in mind:

Kalashtar has symmetrical, slightly angular features. Their movements and body language are different from those of humans; most beings find it graceful, but to some it feels unnerving. The eyes of a kalashtar often glow when it is focused on a task or feeling strong emotions.

Can Kalashtar see in the dark?

No, but check out these other cool traits and abilities:

Age. Kalashtar mature and age at the same rate as humans.

Size. Your size is Medium.

Dual Mind: You have advantage on all Wisdom saving throws.

Mental Discipline: You have resistance to psychic damage.

When you’re using this trait to speak telepathically to a creature, you can use your action to give that creature the ability to speak telepathically with you for 1 hour or until you end this effect as an action. To use this ability, the creature must be able to see you and must be within this trait’s range. You can give this ability to only one creature at a time; giving it to a creature takes it away from another creature who has it. Adding a telepath to a party is a huge deal, so think through how best you want to use this phenomenal ability!

Severed from Dreams: Kalashtar sleep, but they don’t connect to the plane of dreams as other creatures do. Instead, their minds draw from the memories of their otherworldly spirit while they sleep. As such, you are immune to spells and other magical effects that require you to dream, like dream, but not to spells and other magical effects that put you to sleep, like sleep.

Languages: As a Kalashtar, you can speak, read, and write Common, Quori, and one other language of your choice. Remember: you don’t have to speak the same language for your telepathy to work, how cool is that! 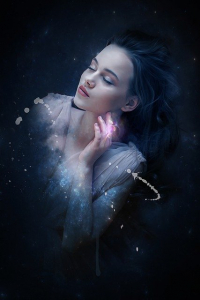 Does Kalashtar have surnames?

The UA has this to say on Kalashtar names:

A kalashtar name is formed by the blend of a personal prefix tied to the name of the quori spirit within the kalashtar. Each spirit has a gender identity, but this may or may not match the gender identity of the kalashtar host. Thus, a female kalashtar might have what others would consider a masculine name, because she’s tied to a spirit with a masculine identity. Kalashtar orphans are unlikely to know the names of their spirits and instead take names from the cultures they’re raised in.

If you’ve watched much Star Trek, a great example of something similar is Dax on Deep Space 9, a symbiote and host combined to make a single entity with aspects of both!

How old can a Kalashtar be?

Same as a human! A spritely 24 year old is going to play a lot different to a 60 year old whose knees are giving them problems, so pick the age of your Kalashtar character carefully…

What book is the Kalashtar in?

You can find them in Wayfinder’s Guide to Eberron, Eberron: Rising from the Last War, and as part of the supplemental material in the Unearthed Arcana put out by Wizards.

What class should a Kalashtar be?

This is entirely up to you! They are a versatile race, and you will be able to bend them into whatever playstyle you’re thinking.

What spells are Kalashtar immune to?

You resist anything that causes psychic damage.

What happens when Kalashtar die?

That’s something you’ll have to take up between you and your god, Il-Yannah, the Great Light. 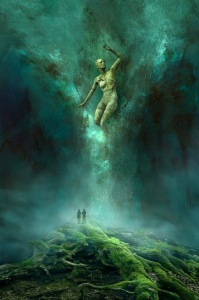 Another thing to consider is from the Unearthed Arcana: a trait called Bound to Spirits.

As a Kalashtar, you have a connection to a spirit of light, shared by other members of your bloodline. This spiritual connection affects you in a variety of ways. You can’t directly communicate with your quori spirits, but you might experience the relationship as a sense of instinct and inspiration, drawing on the memories of the spirit when you dream. This connection grants you minor psionic abilities, as well as protection from psychic attacks. All of these dream-spirits are virtuous, but some are warriors, while others are more contemplative or kind; you and your DM can work together to determine the nature of your linked spirit if you choose to play with this UA.

Typically, a kalashtar knows the name and nature of their spirit, but some—for instance, an orphan kalashtar raised among outsiders—might know nothing of your spirit or even the source of your psychic gifts. The bond to the spirit can cause some kalashtar to display unusual quirks of behavior.

You can roll (1d10) or select a trait from the following table:

Your Kalashtar character has a monastic bent, striving for wisdom and compassion. Your relationship to violence and some of the more unsavory things that you might have to do in your various quests will be a rich exploration! Good luck, have fun 🙂