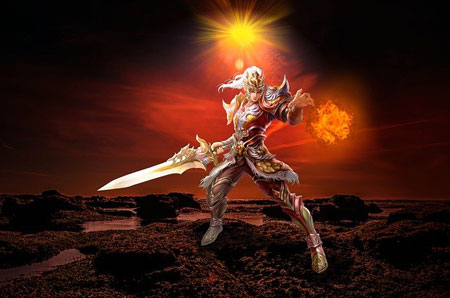 27 Aug Making the Most of Your Warlock: The Hexblade Warlock and Your Mysterious Pact

Posted at 09:02h in Races by Stav Saristavros 0 Comments
0 Likes

Giving your warlock class an edge by subclassing into being a hexblade can make for an interesting set of extra features for your D&D campaign.

How do you become a warlock?

In brief, a warlock has the following stats:

Equipment: You start with the following equipment, in addition to the equipment granted by your background:

As normal, you can’t increase an ability score above 20 using this feature.

Otherworldly Patron – Here’s where Hexblade comes in!: At 1st level, you have struck a bargain with an otherworldly being of your choice. Your choice grants you features at 1st level and again at 6th, 10th, and 14th level.

What is a Hexblade?

Hexblade is a subclass option for your warlock. From Xanathar’s Guide to Everything (Wizards of the Coast):

You have made your pact with a mysterious entity from the Shadowfell—a force that manifests in sentient magic weapons carved from the stuff of shadow.

The mighty sword Blackrazor is the most notable of these weapons, which have been spread across the multiverse over the ages. The shadowy force behind these weapons can offer power to warlocks who form pacts with it.

Many hexblade warlocks create weapons that emulate those formed in the Shadowfell. Others forgo such arms, content to weave the dark magic of that plane into their spellcasting.

Because the Raven Queen is known to have forged the first of these weapons, many sages speculate that she and the force are one and that the weapons, along with hexblade warlocks, are tools she uses to manipulate events on the Material Plane to her inscrutable ends. 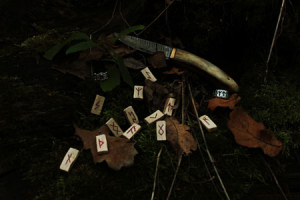 Is Hexblade a curse?

Not quite. Hexblade is a subclass of warlock. As a hexblade warlock, you may use the ability called hexblade’s curse, casting it on a foe. So it could be viewed as a curse you cast on someone, but being a hexblade warlock does not mean YOU are cursed.

Unless for some reason you had it involuntarily inflicted upon you… Hmm, interesting character origin story anyone?

What does the Hexblade want?

The pact with your patron can cause you to do certain things. Xanathar’s Guide to Everything (Wizards of the Coast) has a few options, but this is where you and your DM can get creative; lots of room for character development with this!

A pact can range from a loose agreement to a formal contract with lengthy, detailed clauses and lists of requirements. The terms of a pact—what a warlock must do to receive a patron’s favor—are always dictated by the patron.

On occasion, those terms include a special proviso that might seem odd or whimsical, but warlocks take these dictates as seriously as they do the other requirements of their pacts.

Does your character have a pact that requires you to change your behavior in an unusual or seemingly frivolous way? Even if your patron hasn’t imposed such a duty on you already, that’s not to say it couldn’t still happen. 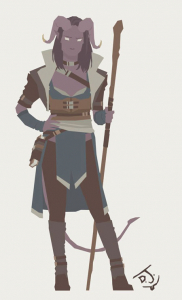 Can a Hexblade Warlock be good? How do you make a good Hexblade warlock?

Absolutely! Try to get some synergy going between your playstyle and the spells you’re choosing. Check out this [list of spells!]

How does the Hexblade Warlock work? How does Warlock spellcasting work? Spell Slots etc.

Spell Slots: You start with one 1st level spell slot, with two spells know. More on how that all works here!

And of course, being a hexblade warlock, you can choose from the hexblade specific spells instead of the regular warlock spells.

What weapon should a Hexblade Warlock use? Is Pact of the Blade Good?

Pick something you can get in there up close and personal with, like a good old fashioned melee weapon, or a magic weapon with something to help you along.

It’s down to preference, but consider staying mobile and agile. Whatever you choose, keep your eye on getting Thirsting Blade:

You can attack with your pact weapon twice, instead of once, whenever you take the Attack action on your turn. 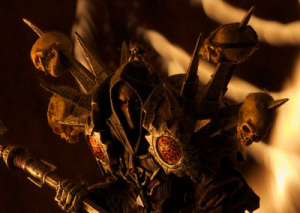 As a hexblade, you can choose from an expanded spell list!

As a badass hexblade, you have Hexblade’s Curse, Hex Warrior, Accursed Specter, Armor of Hexes, and Master of Hexes.

Starting at 1st level, you gain the ability to place a baleful curse on someone. As a bonus action, choose one creature you can see within 30 feet of you.

The target is cursed for 1 minute. The curse ends early if the target dies, you die, or you are incapacitated. Until the curse ends, you gain the following benefits:

How many times can I use the Hexblade curse?

You can’t use this feature again until you finish a short or long rest. So minimum one hour (a short rest) duration on that recharge. It is essentially a ‘once per fight’ ability.

When personality is more important than looks.

All warlock’s main stat is charisma. It is the stat that fuels both their spells and the modifiers on their warlock specific abilities. The Hexblade is no different. So this makes a melee based warlock multi stat dependent (MAD) right?

Hex Warrior has you covered baby! Charisma is all you need!

At 1st level, you acquire the training necessary to effectively arm yourself for battle. You gain proficiency with medium armor, shields, and martial weapons.

The influence of your otherworldly patron also allows you to mystically channel your will through a particular weapon. Whenever you finish a long rest, you can touch one weapon that you are proficient with and that lacks the two-handed property.

When you attack with that weapon, you can use your Charisma modifier, instead of Strength or Dexterity, for the attack and damage rolls. This benefit lasts until you finish a long rest.

If you later gain the Pact of the Blade feature, this benefit extends to every pact weapon you conjure with that feature, no matter the weapon’s type.

One of the biggest benefits of the Hex Warrior ability is it synergises amazingly well with other Charisma based fighting classes, like paladins and valor bards. All you need is one level of Warlock and you don’t have to invest in extra stats (like str and dex) that these multi attribute dependent classes would normally require, making you a more efficient combatant.

Starting at 6th level, you can curse the soul of a person you slay, temporarily binding it in your service. When you slay a humanoid, you can cause its spirit to rise from its corpse as a specter. When the specter appears, it gains temporary hit points equal to half your warlock level.

Roll initiative for the specter, which has its own turns. It obeys your verbal commands, and it gains a special bonus to its attack rolls equal to your Charisma modifier (minimum of +0).

The specter remains in your service until the end of your next long rest, at which point it vanishes to the afterlife.

Once you bind a specter with this feature, you can’t use the feature again until you finish a long rest.

At 10th level, your hex grows more powerful. If the target cursed by your Hexblade’s Curse hits you with an attack roll, you can use your reaction to roll a d6. On a 4 or higher, the attack instead misses you, regardless of its roll.

Once you get higher up there in your level, at 14th level you can spread your Hexblade’s Curse from a slain creature to another creature.

When the creature cursed by your Hexblade’s Curse dies, you can apply the curse to a different creature you can see within 30 feet of you, provided you aren’t incapacitated.

When you apply the curse in this way, you don’t regain hit points from the death of the previously cursed creature.

Another layer to your Warlock

All in all, choosing to be a hexblade will add some spice to your warlock character. Think ahead to the abilities you’re working up to and make the most of your advantage!