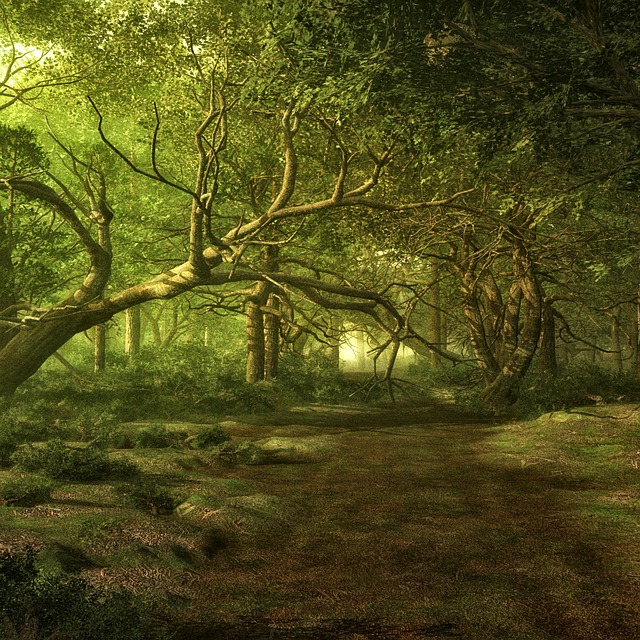 04 Oct The Feywild: The Home of the Eladrin is Chaotic Energy and Natural Beauty

Posted at 13:21h in Characters by Stavros Saristavros 0 Comments
1 Like

The Feywild is often described as beautiful, light, and tranquil. But ultimately the realm shares a side of darkness and savagery that embodies nature’s feral side.

When describing the scenery for the Feywild, DMs might emphasize the natural beauty of the environment while only foreshadowing the hidden perils lurking underneath the foliage.

Opposites sides of the same coin

Its opposite realm is the Shadowfell; where that place is one of depressing doom and gloom, the Feywild is one of energetic chaotic nature. 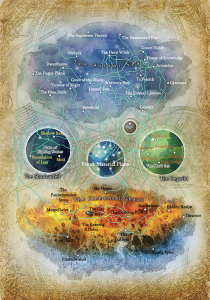 What is the Feywild in D&D?

One of the realms you may find your Dungeons and Dragons adventure takes you is into the Feywild. The Feywild as we know it in D&D fifth edition was first introduced in the fourth edition book “Manual of the Planes.”

This realm of magic and chaos is seen as the spiritual successor to the Plane of Faerie featured in the third edition version of Manual of the Planes.

The fourth edition first introduced the idea that eladrin, powerful elf-like beings that make up a large portion of the plane’s population, originated in the Feywild rather than the Plane of Arborea as discussed in previous editions.

The fifth edition supplement Mordenkainen’s Tome of Foes has expanded on this idea, stating that eladrin are elves that might be native to the Feywild, or were at least exposed to the presence of the Feywild for more than a century.

The Feywild’s history might be difficult to chart across editions, but it is known to have the following traits:

What is DND Fey?

Wizards of the Coast has this to say about what it means to be fey:

Some are also found in the Outer Planes, particularly the planes of Arborea and the Beastlands.

There are a few distinctions to keep in mind:

Are elves from the Feywild?

After centuries of exposure to that plane’s magic, they acquired supernatural abilities not seen on most of their kin from the Prime Material plane and were effectively transformed into feywild native inhabitants.

Sometimes called noble eladrin, they are capable of changing their physical appearance and powers according to their mood, and assuming characteristics of the seasons. 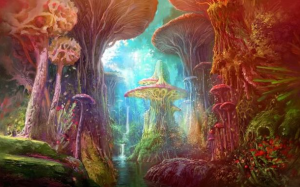 Inhabitants of the Feywild are commonly known as fey creatures, and include fair sylvan beings such as nymphs (Nala), satyrs (Garmeely), and eladrin. Darker Feywild creatures include goblins, giants, ogres, and hags.

Just about everything can be found there, and it features all the mortal and less-than-mortal creatures you’ve come to expect to encounter when playing D&D.

In the 5E D&D DMG (pg 49), Feywild citizens are grouped into only two factions, the Seelie Fey and the Unseelie Fey. I suspect we’ll learn much more about it with the upcoming release of “The Wild Beyond the Witchlight: A Feywild Adventure”! More about that at the end.

Do you age in the Feywild?

Yes! And, depending on how you’re counting your age, you might have to keep track of two numbers for your character after a journey into the feywild. You will have your subjective age, that is, the age your character experiences as they go about their life.

Then you will have your objective age, the number of years that have elapsed for them from the perspective of an outside observer. More on how time works next!

Is the Feywild dangerous?

There are some things you may want to note about being in the Feywild.

Due to pervasive and powerful feywild magic, non-fey creatures who leave the Feywild are subject to immediate memory loss, and may not remember any of their time spent in the Feywild.

Time works strangely there. Creatures who spend more than a day within the Feywild may experience a Time Warp when they leave the plane. The different timeflow could mean that a day there could equal anything from minutes to years of time on the Material Plane.

Were they affected by time warp the first time they left the Feywild? What happens if they’re affected this time? It’s possible they could return to the Material Plane years after having left.

While this might not be inherently dangerous, as in, it won’t kill you, it’s dangerous in the sense that your character to go to the feywild for a month-long quest and come back to the material plane to find all their friends and family 20 years older, moved on with their lives, having thought that you were dead…

The danger of this time dilation is not to be underestimated, especially if your character is well established with many relationships that could be affected by disappearing for years or even decades. 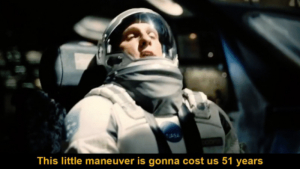 In the mythology of the Fey, there are references to a Summer and Winter court, the Seelie and Unseelie Courts, and sometimes even a mention of a Spring Prince and Autumn King.

There are many variants and honestly, the Game Master has full authority to utilize whichever mythos is appropriate for the game they are running. The one component that should never change; however, is the conflict between Summer and Winter.

The change between warmth and light to cold and darkness. This fluctuation and change is the ebb and flow of nature that translates the passing of the seasons across time in the Material Plane. So yes, there is a sun, and day and night, and seasons.

In the current 5th Edition ruleset, it is a two-court system between the Summer Court and the Gloaming Court. Titania, the Summer Queen is the ruler of the Summer court of good faerie and the Queen of Air and Darkness rules over the Gloaming court of traditionally evil faerie. 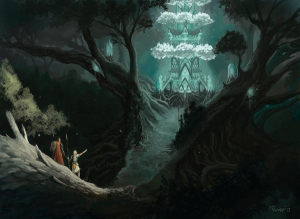 What happens if you break a deal in the Feywild?

Hmm that’s very situational and depends on what the deal is, who you are, and how your DM is crafting your adventure. Are you the type to break deals often?

Your character alignment will come into play here; take it up with your party and DM as you face the consequences of your actions.

What happens if you eat food in the Feywild?

You get to not starve to death! You still need to eat. Fuel your character’s body as best you can, for your adventures will surely take it out of you! Your life still needs the basics while in that land.

A big book that will give us more on the Feywild

Upcoming from Wizards of the Coast is “The Wild Beyond the Witchlight: A Feywild Adventure (Dungeons & Dragons Book).” The blurb will give you an idea of what to expect!

A wickedly whimsical adventure for the world’s most popular roleplaying game.

Once every eight years, the fantastic Witchlight Carnival touches down on your world, bringing joy to one settlement after the next. Its owners, Mister Witch and Mister Light, know how to put on a good show.

But there’s more to this magical extravaganza than meets the eye!

The carnival is a gateway to a fantastic Feywild domain unlike anything found on the Material Plane. Time has not been kind to this realm, however, and dark days lie ahead unless someone can thwart the dastardly schemes of the Hourglass Coven.

The Wild Beyond the Witchlight takes adventurers from the Witchlight Carnival to Prismeer, a Feywild domain of delight, and is designed for characters of levels 1–8.

This book comes with a poster map that shows the carnival on one side and Prismeer on the other.

Wizards of the Coast says that WBW will:

Dungeons & Dragons’ adventure book, The Wild Beyond the Witchlight, takes player characters into the Feywild, the Plane of Faeries. It is inhabited by sylvan creatures such as elves, dryads, satyrs, and pixies, as well as hags, giants, and other troublesome creatures.

These kinds of creatures have played a role throughout D&D’s history, and some were inspired by real-world folklore, including the Norse’s Alfheim and the English’s Fairyland. But such folklore has always been painted in mystery and been inconsistent.

This new material may shed light on some of this!

So if that sounds like fun and you want to do something in the feywild, pick up Wild Beyond the Witchlight, sure to be an exciting 5th edition release from Wizards of the Coast!

Good luck on your adventures through the chaos, magic, and nature of the world of the feywild!