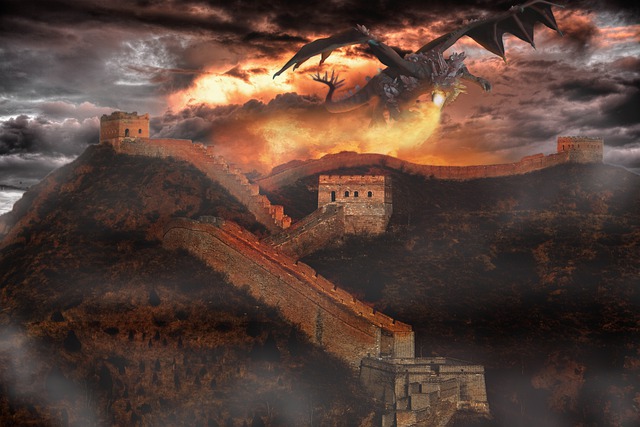 Posted at 03:02h in Characters by Stav Saristavros 0 Comments
1 Like

And if you’re playing a game of D&D and you are a Dragonborn, a humanoid race with draconic ancestry, you can draw on this ability and deal your own breath attack. Breathe your breath, deal death.

What is a breath weapon?

When you’re a dragonborn, you have some dragony traits, including a throwback to your namesake’s much more powerful attacks.

You’re talking acid, lightning, cold, poison, and yes the classic, fire, coming out of your face, specifically your mouth.

If your attack uses acid, you could say that you “spew acid”. If it’s lightning, you could “scream lightning”. For cold, you could use your “freezing breath”.

Saying you “breathe poison” can honestly sound like you are inhaling poison, and poisoning yourself… But it feels too wordy to say you “exhale poison energy”, so good luck finding a phrase that works for you!

What is dragon’s breath DND?

Dragon’s breath is a different kettle of fish from the racial-ability breath weapon attack the Dragonborn can do. Dragon’s Breath is a 2nd level transmutation spell (detailed on page 154 of Xanathar’s Guide to Everything, Wizards of the Coast).

It can be cast by any race, and is not a racially inherent ability. It is used as a bonus action and has verbal, somatic (hand movements), and a hot pepper as the components.

It requires concentration and lasts up to one minute (which, as you know, is a heckin’ long time in the heat of battle) (the HEAT OF BATTLE SEE WHAT I DID THERE GUYS I’m here all week, tip your Uber driver).

What does dragon’s breath do?

When you cast it, touch one willing creature to imbue it with the power to spew magical energy from its mouth (provided it has one, and no, that is not a given in D&D). Choose acid, cold, fire, lightning, or poison.

Until the spell ends, the creature can use an action to exhale energy of the chosen type in a 15-foot cone. Each creature in that cone area must make a Dex saving throw.

If it fails, it takes 3d6 damage of the chosen type, but it still takes half as much damage even if it succeeds the saving throw.

Keep in mind, this spell called “dragon’s breath” is different from the literal breath of a dragon, such as the adult red dragon’s “Fire Breath” attack, in which the dragon exhales fire in a 60-foot cone.

Each creature in that area must make a DC 21 Dex saving throw, taking 63 (18d6) fire damage on a failed save, or half as much damage on a successful one. 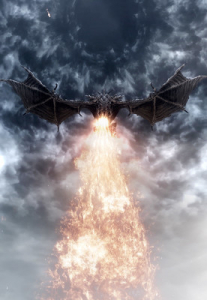 This depends on which breath attack we are talking about.

When looking at the different types of breath attacks the wording is deliberately different.

The language used by the developers is purposefully deliberate, and if there was any confusion as to the meaning of this language, Jermy Crawford the lead designer of D&D has answered this question multiple time. A dragon or dragonborn’s breath attack is not magical. Sorry guys. Those anti magic fields are not going to work.

How can this be possible when dragons are described as being magical?

Yes they are but they still posses physical qualities allowing them to perform non magical abilities.

Look at it from the biology side, and take inspiration from nature. Bombardier beetles have the ability to do a breath weapon of sorts; okay it’s from their butt but it’s the same idea.

You can also look at how various fantasy portrayals of dragons depict them breathing fire. Some of them show how two different streams from either side of the dragon’s tongue eject (presumably) two different gasses or liquids that ignite on contact. What ever the mechanic at play are, it is intended to be a physical ability rather than a magical one despite the creatures’ magical nature.

Can you counterspell a breath weapon?

As above it all depends on which breath weapon we are talking about. A counter spell would certainly work to stop the initial casting of dragon’s breath.

But in terms of “countering” the abilities in other creative ways? It’s up to the DM what works and what doesn’t. There’s no hard and fast rule. You can make a case for walls working; wall of fire could stop or perhaps reduce the damage of ice breath, for instance.

But these spells that could work to counter a breath weapon are not reaction spells, and whatever is using the breath weapon tends to be very intelligent and would know they were in play, so… The short answer is: Not likely.

Is breath weapon a Cantrip? Is dragon’s breath a bonus action? 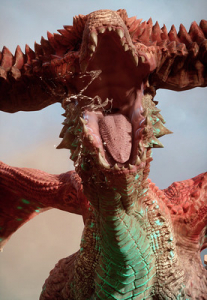 How does breath weapon recharge work?

Once you use your draconic heritage breath weapon, your Dragonborn character must have a rest before you can use it again (short or long, either works).

Given that the in-game short rest is 1 hour long, you could theoretically use your breath weapon 23 times a day.

Thinking of doing a performance piece? Maybe you want to try and set the record for ‘most marshmallows incinerated in a row’? Maybe planning your own “self-roasted tasting menu”?

As for what your damage site will look like, and if you’re wondering what kind of breath weapon you have as a Dragonborn (use your dragon-ancestry), see below:

How many times can you use Dragon’s Breath?

It depends on how many spell slots you have. Also, it gets better the higher level you are: when you cast this spell using a spell slot of 3rd level or higher, the damage increases by 1d6 for each slot level above 2nd.

Can you cast dragon’s breath on yourself?

As per the Players Handbook: “If a spell targets a creature of your choice, you can choose yourself, unless the creature must be hostile or specifically a creature other than you. If you are in the area of effect of a spell you cast, you can target yourself.”

In Xanathar’s Guide to Everything (page 154), Dragon’s Breath reads “You touch one willing creature and imbue it with the power to spew magical energy from its mouth…”

So YES, you can, under the following conditions:

So you are within your rights to dramatically slap your chest with a hot pepper and scream “FIREBREATH GO!” to get one minute of using your actions to breathe fire.

Every six seconds. 10 times. 3d6 damage in a 15ft cone is nothing to sneeze at, especially at lower levels, so you’re right to explore targeting yourself with dragon’s breath! 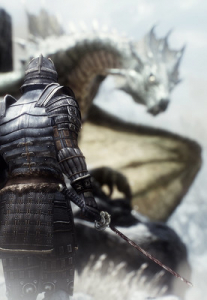 Dangers: safety first, please and thanks

Hello yes, here I am, the town’s registered battle site safety inspector. Page 6 of the 2021 bylaws clearly state that you must not set your friends on fire.

It’s all fun and games until someone in your party happens to be in your targeted area, and then has to spend a round having to seek help from another party member to save them, valuable rounds which could have been spent back in the battle.

The last thing you want is for your special attack to hinder your game in the free-wheeling melee of a fight. Learn to search out a sensible direction for your breath attack: read the terrain, cover, and any other factors which may impact who is on the menu for your BBQ breath.

Pick a good place to cast it, and your new contribution to the fight may get you a word of appreciation, instead of a rebuke for hurting your friends. And if you’re not in an okay position, change it!

Better to take a round to get positional advantage than to light your friends on fire, or they may be the last ones you’ll ever have. Search out your most optimal spot, smash that pepper, and fire away!