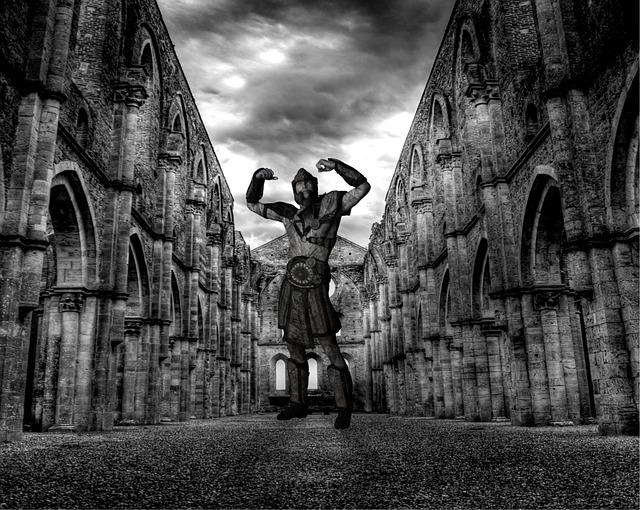 28 May Playing a D&D Goliath

Posted at 09:00h in Races by Stav Saristavros 0 Comments
0 Likes

At first glance you might be a huge human, until someone notices the striking natural stripes of color on your skin, which looks like it might be carved of stone itself.

The frigid mountain realms have shaped the Goliath hearts, and living a reclusive life way above the treeline has made you cold and efficient out of the necessity of survival.

What are Goliaths 5e?

In Dungeons and Dragons, these medium size humanoids are ultra-competitive with a well ordered society.

Social structure, and your place within it, is front of mind for a goliath. There is no pity for any Goliath that can not take care of themselves, be they old or weak.

However, they are not a cruel people, and here is where the concept of fair play is an important cultural ethos. Sick or injured individuals are given every opportunity of treatment and allowed to to recover.

This sense of fairness, balanced with individual rights and responsibilities are built into your upbringing in a rigid tribal group. Personal accountability pushes you toward ensuring each individual is contributing to the greater good.

Helping the survival of the Goliath tribe in the hostile environs of your mountainous home, while remaining lawful, bent the Goliath’s sense of what it means to live in nature, a cruel, harsh, cold place. The mountain peaks are a hard place to live, and it makes for a hard people. 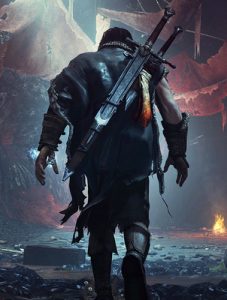 Goliath eyes can be bright blue or green. Your skin looks and feels like the mountain stone your race was hewn from. Your skin can have bony growths (lithoderms) and your forehead is bony and prominent. Goliaths are tall and strong and powerful!

Are Goliaths born with tattoos?

Yes! They’re not tattoos really, but natural skin markings. Usually vertically symmetrical, Goliaths avoid getting tattoos to keep from interfering with the markings, which they believe control their fate and destiny. You don’t want to mess with that!

Are all Goliaths bald? Do female Goliaths have hair?

How old do Goliaths live?

Age: Goliaths have lifespans comparable to humans: they enter adulthood in their late teens and usually live less than a century. As you know, this can vary greatly. Where are you in your life as a Goliath?

Alignment: Goliath society, with its clear roles and tasks, is very lawful. The goliath sense of what is fair and right, balanced with an emphasis on self-sufficiency and personal morality, ethics, and accountability, pushes them toward neutrality on the alignment chart, with a strong lawful bent.

You can be an evil Goliath, but you’d be hard-pressed to meet another evil Goliath; the rest of your tribe would likely shun you for stepping to the dark side. 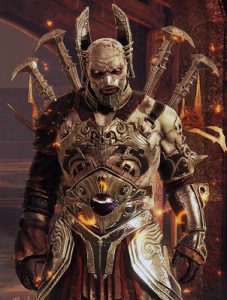 These boots were made for walking

Given that your size is medium, speed: Your base walking speed is 30 feet… same as the comparatively smaller humans, what’s up with that? When you’re that tall, is it really just 30 feet? Fite me DM.

Natural Athlete: You have proficiency in the Athletics skill. Pretty great to have that bonus to athletic rolls!

I ain’t got time to bleed!

Stone’s Endurance: You can focus yourself to occasionally shrug off injury. When you take damage, you can use your reaction to roll a d12. Add your Constitution modifier to the number rolled, and reduce the damage by that total.

After you use this trait, you can’t use it again until you complete a rest (either a short or long rest will do it). A stone’s endurance will make goliaths hard to crush.

How much can a Goliath carry 5e?

Powerful Build: You count as one size larger when determining your carrying capacity and the weight you can push, drag, or lift.

That’s pretty cool right? However, you may find yourself being the pack mule of the party, lugging around the group loot or other things which would hinder the smol members of your group.

Do you complain? Or wear it as a badge of honor? Goliath carrying capacity = goliath sized backpack.

Mountain Born: You have resistance to cold damage. You’re also acclimated to high altitude, including elevations above 20,000 feet. Your body is used to doing things at high altitude with less oxygen, and when you’re down lower with the rest of the world you can do things way easier.

Look at all this oxygen at sea level, there’s so much more efficient breathing to be had! Your body uses the excess to be that much stronger, faster, and better, as you were built for a harsher environment.

Languages: You can speak, read, and write Common and Giant. 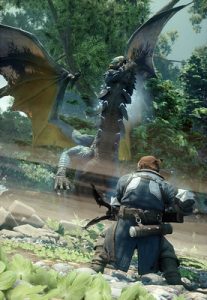 Races of Stone goes into the social hierarchy more, but here’s a bit about each role in the structure of a Goliath tribe.

The leader, the primary authority figure in a tribe. The chieftain is responsible for choosing when the tribe should move on to a new home. The chieftain also chooses who fills some of the other key roles in the tribe, engineering the social structure to best result in the survival of the tribe.

Two captains (to promote competition and rivalry, for better end results) are assigned to each of the important jobs every morning. These jobs are things like hunting, gathering, cooking, and scouting, basic survival things. The captains build their own teams to help them.

An elder overseer of the tribe, the Skywatcher is often the most experienced druid or shaman of the tribe. They try to make sure that resources are not over-harvested, like dictating which trees to cut down when, and how many animals of a certain type it is okay to hunt.

Skywatchers are usually exempt from the teams that the captains assemble each morning, using their brains rather than their brawns for the good of the tribe. Skywatchers also oversee cultural things like festivals, rituals, and celebrations. Game wardens writing tickets by day, bartenders lighting shots on fire by night (sort of).

They are responsible for guarding the camp overnight and alerting the tribe if there is trouble. A usually boring and thankless job, someone has to do it. To celebrate another uneventful night, they sing or bellow tales of goliath bravery or heroics to wake everyone up.

Dawncallers are assigned daily and given less work throughout the day so they could rest and be alert at night. To fall asleep on watch would be a great dishonour.

Adjudicators are mediators and judges, called upon to settle any disputes that the parties cannot work out between themselves. Unless urgent, an adjudicator will hear disputes after the evening meal. Everyone is usually less grumpy with a full belly, so this is a wise time to deal with tough matters.

Harder decisions are often settled with a contest of the adjudicator’s choosing. If a goliath appealed against an adjudicator’s decision, the chieftain would step in to give a final ruling but this results in the adjudicator being dismissed from their position (not done lightly). Adjudicators also acted as referees for sports.

Judging mundane civil disputes contrasts with being in the thick of a game and having to make calls for points; both may be equally important to the tribe, given how competitive Goliaths are.

The only sex-specific role in the tribe because one of her jobs was to be a wet-nurse (necessitating being able to lactate).

Assigned by the chieftain each morning, the tent-mother is responsible for care and teaching of the tribe’s infants and toddlers, as their parents are often busy with their own responsibilities.

It is also tent-mothers who decide when young goliaths are old enough to start pulling their weight and contributing to the tribe (usually around the age of 10).

These Goliaths are responsible for determining when a member of the tribe is too old or weak to serve as a productive member of the tribe. Good lamentors will approach the individual to explain their decision, and consult the chieftain.

Once it has been decided, the lamentor prepares a long chant to commemorate the goliath before the tribe exiles the old or weak individual from the tribe. Happy retirement, now get out. Big yikes guys. 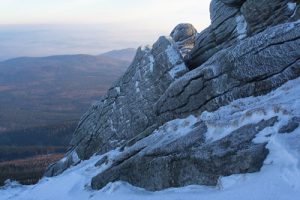 Mongo only pawn in game of life

So why are you a Goliath on their own? Why are you away from your tribe? Building your character will make you think about Goliath social structure and hierarchy, how you fit in or didn’t fit in.

Your size will be a huge advantage in a lot of cases. But also your party members will ask you to reach all the high-up things; how you fit into a group of smaller people is up to you.

A larger body means you need more food, your clothes cost more for taking more material and work, and you certainly cannot be riding a pony around.

Spend some time thinking about what it must be like for a people to live in such a harsh place that they cannot care for their old and weak, and how that must affect your sense of right and wrong, fairness, and competitiveness.