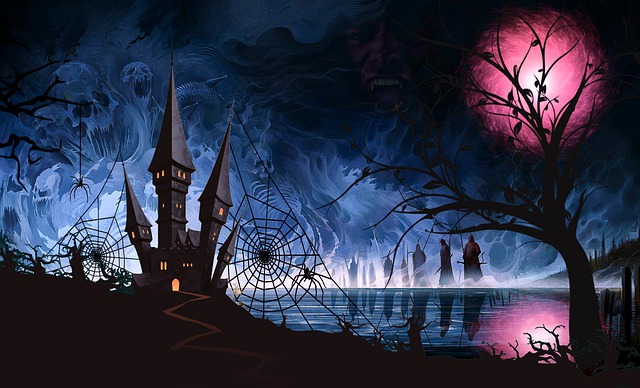 30 Jul The Curse of Strahd: A Pinnacle of D&D Adventuring!

Posted at 09:33h in Skills by Stav Saristavros 0 Comments
1 Like

The Curse of Strahd is a pre-made role playing game adventure, published by Wizards of the Coast as an official piece of 5th edition Dungeons & Dragons (the world’s most popular roleplaying game).

It has everything you and your party needs to have a grand experience. It will take you to the mysterious village of Barovia, a realm surrounded by deadly fog and ruled by a wizard, the vampire Count Strahd von Zarovich, the master of Castle Ravenloft.

More than just being a premade adventure, Strahd is a rich narrative, a story you are part of as it’s unfolding. It’s not just about fighting monsters and hunting for treasure in dungeons; there is a compelling story arc and a richly realized antagonist.

This is a way to experience the full possibilities of playing D&D, with writing crafted and honed to give the best playthrough for your party.

Curse of Strahd is perfect for beginners. There is even a mini adventure in it that’s meant to quickly level up new players and get you used to the mechanics; a complete D&D noob can join your party and be sucked right in.

From there it builds on itself with side quests in the contained valley in the village of Barovia, all while you inevitably build towards the main quest storyline.

You can start at 0 and go from there; it’s meant to take players from level 1 all the way to level 10. 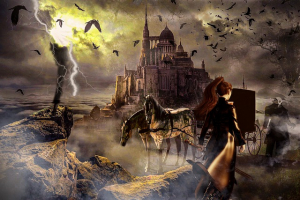 How difficult is Curse of Strahd?

Much of the difficulty of D&D comes down to the Dungeon Master. If all things are balanced, you and your party will be walking on the knife edge right between ‘too easy’ and ‘why do you keep killing us you huge jerk’.

It’s such a tough thing to pull off, and Strahd is made to find that balance, making you feel like you only juuust survived.

Of course, in play is your DM, who might have their own way of fiddling with things to make them more (or less) difficult depending on the dynamics and experience of your group.

Is Curse of Strahd scary?

Yes. This adventure features a lot of blood, death, and general horror, and is not designed for children.

Curse of Strahd is designed for four to six players. If you’re trying to play with three, your DM is going to have to make adjustments all over the place. See if you can get a fourth, and no more than six!

How long does it take to play Curse of Strahd?

If you want to talk about bang for your buck, this adventure is great value for the money you spend on it! It does depend a lot on playstyle, but you’re looking at a year of D&D nights, easy, or more if you have shorter sessions.

Let’s say it takes 100 hours. You meet every week. If you want to do 2-hour long sessions, that is literally a year of playing every single week. Even if you opt for longer sessions, it can still stretch out over the span of a whole year.

And you might want to mix it up a bit and be flexible; not every session has to be 4 hours, and sometimes you just won’t want to stop! I know people who have run Curse of Strahd for two years (with a few breaks, but still).

Curse of Strahd is a commitment. You play it with the same players every time, so your group has to be on the same page about expectations and schedule.

Anyone that is thinking of running this needs to have several conversations before you begin about when people want to play, what times of year might be busy/taking a break from the game, and generally just trying to make sure everyone is with you on what you’re about to embark on.

If you have a new player that is hesitant about committing to such a long experience without knowing what they’re getting themselves into, perhaps offer to do a one-shot over the course of one, two, or even three sessions, just to make sure they have a chance to get a feel for what it’s all about!

I am the Ancient, I am the Land. My beginnings are lost in the darkness of the past. I am not dead. Nor am I alive. I am undead, forever.

You don’t want to read too much about Count Strahd, unless of course you are the DM 😉 The unfolding discovery of who this character is will be a huge part of experiencing the Curse of Strahd, so, if you’re about to play it, the less you know the better.

That being said, this character appears in many D&D associated works and is considered one of the greatest villains in the lore! For an idea of where to find him, other than the adventure Curse of Strahd, check out: 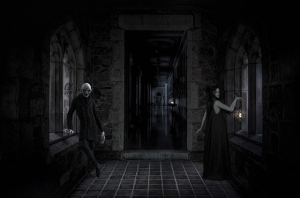 Rumbling thunder pounds the castle spires. The wind’s howling increases as he turns his gaze down toward the village of Barovia.

Far below, yet not beyond his keen eyesight, a party of adventurers has just entered his domain. Strahd’s face forms the barest hint of a smile as his dark plan unfolds. He knew they were coming, and he knows why they came, all according to his plan.

A lightning flash rips through the darkness, but Strahd is gone. Only the howling of the wind fills the midnight air. The master of Castle Ravenloft is having guests for dinner. And you are invited.

Every vampire villain needs a castle, right? Your horror adventure will take you to several locations, but you’ll be focused on the Castle Ravenloft, home to Count Strahd von Zarovich, where you will have to contend with undead servants, thralls, and quite possibly prisoners.

The Dungeon Master has a rich setting in Castle Ravenloft, so listen up and let yourself be drawn into the feel of a vampire’s castle while you try to carry on in your quest!

If ever there was an adventure that could make use of maps, this is it! If your DM pulls out a map you might just be in for a treat.

Can Strahd be killed? Can you remove Strahd’s curse?

If you are the DM, continue on. If you’re not, you are looking for major, MAJOR spoilers here!

If you want to play Curse of Strahd I highly advise that you skedaddle and stop turning over rocks to see what creepy crawlies there are; let your DM take you on this journey and stop trying to get forbidden knowledge!

How many hit points does Strahd have? How strong is Strahd? 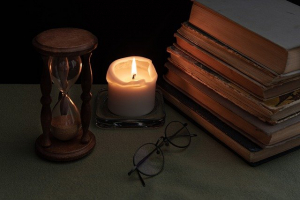 What makes Curse of Strahd so good?

A ton of work has gone into developing it, and it draws from many sources that have all led to the culmination of this adventure. At the heart of it is Strahd himself, whose backstory is revealed to you as you play, a tragic figure who serves as a cautionary tale to us all.

There’s a lot to like here, but players find the compelling story is what hooks them in and keeps them coming back for more until the very end.

If you’re with a good party (people you like) and a good DM (all hail the Dungeon Master willing to host this epic undertaking!), D&D is a good time. It’s always fun when you’re on a quest in the world’s most popular roleplaying game, but this adventure is truly next level.

Why is Curse of Strahd so hard?

Take it up with your DM! But this adventure is not going to be easy; it’s not a given that you go from one thing to the next without your characters experiencing very real peril.

If you want to have your hand held through an easy adventure and not have to face tough fights and mortal peril, well perhaps this one isn’t for you.

For four to six players, if you go into Curse of Strahd with a balanced party and a keen will to explore the setting and unravel the mysteries surrounding this Strahd guy, you’re going to have a good time. Make the most of your spells and attacks, but don’t forget to use your head too!

There are a few different packaged editions of Curse of Strahd available. Deciding which version to purchase could be up to your DM, or to you and your party together.

Whether you go with a shiny hardcover box set, complete with the tarokka deck, or some sketchy back-alley hand-scribbled-on-scraps-of-paper version… there are many ways to make this game work.

Considering you’re getting 1-2 years worth of entertainment out of it, how much you’re willing to spend on it is up to you and your group. Dungeon Masters and players alike have the opportunity of a lifetime with this campaign; it doesn’t get much better than this!

As ever, good luck, have fun!