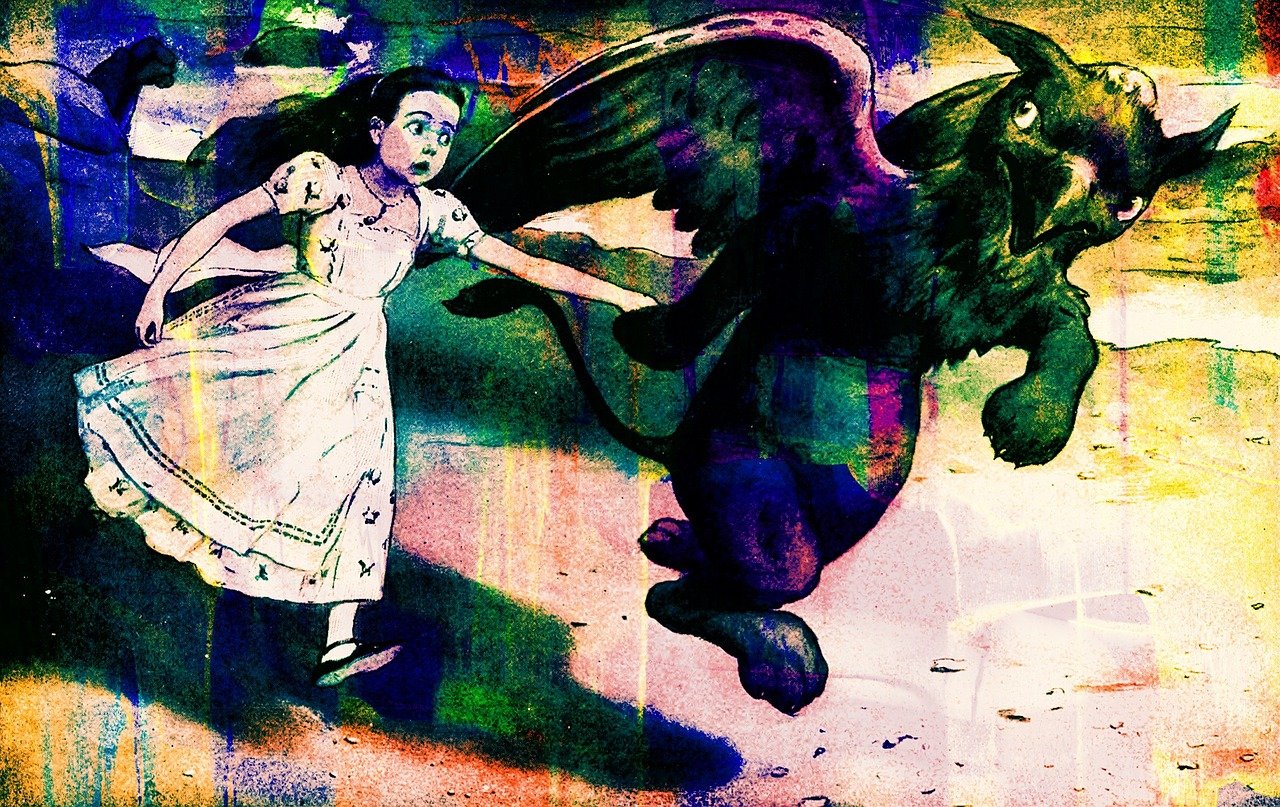 Posted at 09:19h in Races by Stav Saristavros 1 Comment
0 Likes

If you find yourself intrigued by aarakocra, you are not alone! The bird-people tap into a deep fascination with both the psychology of knowing ‘the other’ and the visual appeal of ‘wicked cool birds are awesome’.

I’ll get it out of the way in the intro: the spelling of gryphon can be griffin, griffon, or gryphon. It’s your world, so you spell it your way.

Our Long Curiosity with Gryphons & Birdmen

The first edition of what is now the familiar Dungeons & Dragons Monster Manual was called the Fiend Folio, and the first entry was the aarakocra.

Our depictions of four-legged bird creatures, bird-headed men creatures, and every permutation in between goes quite far back. Bird hybrids have appeared in art as early as 3000 years BCE!

It’s a pretty short leap to make from a gryphon to an aarakocra, and in fact the aarakocra could be mistaken for a regular ol’ gryphon when they are on all fours. Standing upright, aarakocra are humanoid in shape, but with the main feature setting their race apart is their wings.

Aarakocra have thin, lightweight bodies that weigh between 80 and 100 pounds. They have to be able to get into the air. They can be up to 5 feet tall, but I bet if you made a flamingo or crane aarakocra you could get more height with your neck. If you go with a hummingbird build you might be lucky to top 3 feet, just sayin’.

You may want to discuss with your DM about what size aarakocra you choose is going to affect gameplay.

Wearing heavy armor will weigh down your character; this race is better with light armor, the better to take flight with. Without the natural scale armor like dragons have, aarakocra do well to rely on getting out of the way rather than engage in an all out brawl.

As for behaviour and race traits, aarakocra can speak, read, and write Common, Aarakocran, and Auran, a Primordial dialect associated with air elementals.

Creatures that speak different dialects of the same language can communicate with each other. So your Aarakocra can speak to fire elementals!  Now that is cool…or is it hot? Now I am confused…

Can Aarakocra be any bird?

There are already 2 distinct variants of aarakocra in Dungeons & Dragons official content. The Sword Coast area has the default ones that more resemble eagles and hawks, but there are bright tropical variants in Chult in the Tomb of Annihilation adventure.

It’s not unprecedented, and you can make a case for picking whatever kind of bird you’d like for your aarakocra build.

Getting into the Mind of an Aarakocra

Psychologically, think of what it might be like for those with thin, lightweight bodies to be partied with a battle tank that can shrug off damage like it’s nothing. Think of being 5 feet tall, looking up at more powerfully built races.

Think of your hollow bones. Think of how important it is to keep your feathers in order, think of how precious your exterior is and how necessary it is to your survival. Other races can take surface damage and it’s mostly cosmetic; an aarakocra taking surface damage can mean an actual impact on their ability to fly.

What kind of bird species you base your aarakocra off of will dictate their psychology as well. A large predator bird like an eagle, hawk, or raven will be naturally confident and dominant. Some smaller birds without talons might not be so bold.

Even though they can speak, read, and write common and other languages, their eyes and body language can do a lot of the talking. They might be more quiet or more talkative, depending on what bird species you have chosen.

Ravens are naturally chatty; songbirds might have the sing-song cadence of a melodic speech. A secretary bird might silently judge; an owl might prefer to be up high and out of sight of others, watching, listening. A boisterous kookaburra, a shifty ostrich (flightless!), an arrogant rooster.

The whole avian kingdom is yours to take inspiration from when you’re building your aarakocra character!

When solidifying aarakocra traits: not every bird has talons- you’ll have to speak with your DM about how the species you’ve chosen might have different stats than a predator species with sharp beak and talons for dealing slashing damage with unarmed strikes.

Please, if anyone builds a penguin aarakocra PLEASE let me know because that is hilarious.

Keen eyesight is a common trait among many birds; as such, Aarakocra do have a natural boost to their wisdom giving you a great opportunity to build around a highly perceptive character. Your party will love you and your buff to perception when keeping a watch for potential dangers! 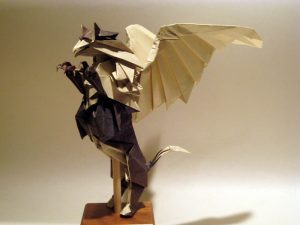 Should you play as an Aarakocra?

If you’re looking into this, I assume you’re wondering about making an aarakocra character for a future Dungeons & Dragons campaign or session. If you’re interested, what’s stopping you?

Well, there are a few things to consider, and to discuss with whoever is helming the adventure for you and your character.

As with any aspect of D&D that skirts the by-the-book rules, the players’ and DM’s creativity and judgment are needed to make sure everything is in balance.

Having one party member that can fly is already outside the realm of a normal party. But then, we’re well past the classic ‘dwarf, elf, human, halfling‘ stuff by now, aren’t we?

From a player perspective

If you’re the kind of player that likes to min-max and make a super broken character, you will have fun with building an aarakocra.

Right off the bat, the ability to take flight is a game changer. Your DM is going to have to be inventive in challenging you, and you may have to think outside the box when faced with these aarakocra-aimed-conundrums.

Doing your research on what the bird psychology is of the species you’ve chosen will go a long way to helping you role-play your aarakocra. You can get away with a lot if the flavor, the intention behind the decisions, is there.

Keep in mind, aarakocra are about 5 feet in height, and weigh between 80 and 100 pounds. Using the speed of a dive-bomb will help add weight to your strike, if you’re using your talons, but may put you in harm’s way.

Remember, you don’t have heavy armor to protect you, and slashing damage is all well and good until you’re met with a battle tank who can slough it off. You may want to stick to the air, or use ranged tactics on foot to deal with harder hitting foes.

From a DM perspective

The DM is going to have to think a lot more 3-dimensionally than they may be used to. Obstacles which might have been a problem for an on-foot player will be nothing to an aarakocra.

Making good use of confined spaces, like low ceilings, hallways, and indoor settings, will keep the aarakocra ground-bound, but don’t deny them the occasional set-piece of a wide open battle where they can stretch their wings, take to the air, and try things differently. A DM’s should both reward player choices yet still provide challenges. It should never be DM vs Player but that does not mean it has to be easy mode all the time! 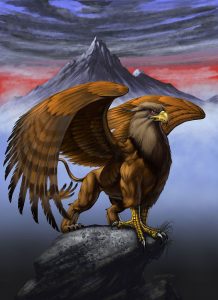 To play or not to play, these are the Statistics

When playing an aarakocra, Dexterity score increases by 2, and Wisdom score increases by 1; and you gain natural weapons. Aarakocra are swift, fast, wise and dangerous. Other than that, there’s not much special except for, you know, THE ABILITY TO FLY jeez what more do you want!?

Aarakocra stats are geared towards a certain role-playing tactic, but you should not necessarily rely on numbers on paper to dictate your success, failures or class choices. Some of the best player concepts are those that break the typical mold.

Using the space you’re given

What good is being able to fly when you’re in a dungeon hallway? When you can’t take to the air, you still need to survive alongside your other-race companions.

And conversely, when you can fly, you may need to use your time in the air to support the other players. One beak, eight talons, and thinking quickly on your feet (and on your wings) will no doubt make for a memorable experience as you place this race in your campaign.