Posted at 05:46h in Races by Stav Saristavros 0 Comments
0 Likes

Unearthed Arcana (abbreviated UA) is designed as a supplement to the core rulebooks, containing material that expands upon other rules.

If we’re talking about the books titled Unearthed Arcana, there are two of them. The original Unearthed Arcana was written primarily by the OG himself, Gary Gygax (AKA one of the two creators of Dungeons & Dragons).

It was published in 1985 to use with the Advanced Dungeons & Dragons 1st edition rules.

The book consisted mostly of material previously published in magazines, but also included new races, classes, and other material to expand the rules in those first Dungeon Master’s Guide and Players Handbook.

The book was notorious for its considerable number of errors, and was received negatively by the gaming press whose criticisms targeted the OP races and classes, among other issues.

A second book titled Unearthed Arcana was then produced by Wizards of the Coast for Dungeons & Dragons third edition, in 2004.

The designers did not reproduce material from the original book, but instead attempted to emulate its intended purpose by providing variant rules and options to change the game itself.

This is where the spirit of Homebrew DnD lives; DMs and players alike can tinker with rules and content to customise their gameplay experience for just about any playstyle, theme, or adventure!

As I suspect you are here for the current iteration of the Unearthed Arcana, let’s dive in!

The Unearthed Arcana is an approximately monthly column at the official D&D website that began in February 2015 and continues to put out new, work-in-progress content such as class archetypes, playable races, and rule variants, similar to the playtest that preceded the release of 5th edition.

Much of the information in Xanathar’s Guide to Everything (2017) and Tasha’s Cauldron of Everything (2020) was developed through the public Unearthed Arcana playtest.

The Unearthed Arcana has been running playtests in the form of ‘surveys’. The survey blurb reads:

“The material in Unearthed Arcana is presented for playtesting and to spark your imagination. These game mechanics are in draft form, usable in your campaign but not refined by final game design and editing.

They are not officially part of the game. For these reasons, material in this column is not legal in D&D Adventurers League events.”

So it’s not strictly canon, but it’s skirting the border between legal and homebrew. They are essentially crowd-testing new elements, asking for feedback, and refining their system. 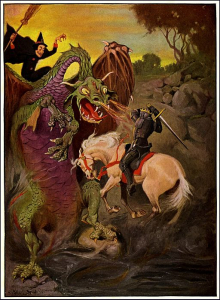 It’s officially unofficial… When reading an Unearthed Arcana document, take note of their very stern caveat at the beginning:

This Is Playtest Material

The material in this article is presented for playtesting and to spark your imagination. These game mechanics are in draft form, usable in your campaign but not refined by full game design and editing.

They aren’t officially part of the game and aren’t permitted in D&D Adventurers League events. If we decide to make this material official, it will be refined based on your feedback, and then it will appear in a D&D book.

Here are some things to keep in mind:

They then go on to actually describe the material to be playtested.

Can you play D&D on D&D beyond?

No. D&D Beyond is a resource, not a play platform. Never fear though, there are many programs you can use to make it happen at a distance! Get yourself a decent microphone, or see if your cell phone will do the trick.

Use Discord to make a call and have everyone connect to that. The DM should be able to stream video of the play area, or, with creativity, share their screen to reveal digital content as needed.

D&D5e stands for “Dungeons and Dragons Fifth Edition”, and UA is short for “Unearthed Arcana”. Variations on DnD, D&D, 5e, and UA are common sights when looking at D&D resources.

As for when you’ll get a 6e: no one knows! Don’t be fooled by clickbait; 5e is all you’re getting until Wizards tells you otherwise, and your guess is as good as anyone’s as to when that might be! D&D 5e  came out in 2014, so we’re looking at 7+ years at this point.

How many DnD 5e books are there? How much is D and D?

There are currently 7 books in the 5e canon. You can probably run a game with just the first two, but if you are going to get real serious about playing, you may want to have your party collect a full set to use between you.

The books range in individual price, and if you’re starting from scratch a good idea may be to buy a bundle. Numbers 1, 2, and 3 can be bought together for around $100USD. You can also check in your local bookstore or gaming shop and see if there are any deals to be had.

Is Dungeon and Dragons fun?

Oh my gosh yes. When you’re playing games using what’s called “the theatre of the mind” (also known as using your imagination!) the sky’s the limit for what can happen.

With a DM guiding the story and the players working together to portray their characters, D&D can be an amazing experience.

There is a reason it’s been around so long, and has been played by such a huge number of people, now actually being passed down from generation to generation. It would have gone away by now if it wasn’t fun 😉

No, and they specifically say so in the introductions to the materials when they put them out. 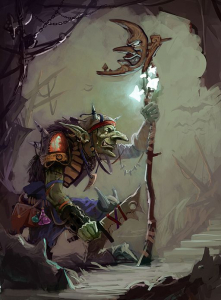 What is DND homebrew? Is Unearthed Arcana homebrew?

Your D&D search may reveal all sorts of wonk things that you have never heard of; feats that aren’t in the Players’ Handbook, a list of magic spells released on someone’s blog that you can’t tell is a complete divergence from canon, or additions to classes, subclasses, races, monsters, and tons of other free details that seem to be talking the language you want to hear.

Do not be fooled, oh faithful adventurer! There exists a realm within D&D known as: Homebrew.

Homebrew is anything about D&D that is not in the official publications put out by Wizards of the Coast. Think of it like D&D fanfiction; the community has taken it upon themselves to expand, adapt, create, generally experiment with what is possible.

There is such a variety of homebrew things out there, the possibilities are endless, and it’s up to you, your party, and your DM about what you are going to allow in your campaign and what you’re going to turn your nose up at.

I know someone who had an extremely involved adaptation of the whole D&D system that used a ‘point buy’ mechanic. The whole party used it for a campaign, and they would discuss if something was too OP/broken to continue on as is, and modify it.

This made for more of a living rule set, where their experience was changing based on reaction to their new playtest. Players as well as the DM loved it, and the games played with those mechanics were interesting and felt fresh to everyone, as they all had more of an investment in the way the game was being crafted.

Only YOU can decide

Unearthed Arcana is NOT homebrew, as it is technically put out by Wizards themselves, but it isn’t quite canon (official) either. It’s a sort of ‘sanctioned homebrew’ that is a work in progress, something you will have to find your way through to incorporate into your games.

What you think will work often will have to be adapted as your campaign evolves; the key is good communication between players and the DM to talk about how things are working, and find solutions if they aren’t.

It’s up to you whether you delve into playtesting with the Unearthed Arcana, dip your toe into existing homebrew, make your own homebrew, or follow the super strict 5e rules by using only things that are published in books by Wizards of the Coast.

Any way you hack it, D&D is fun and games for many ages, across decades, relying on your imagination to take you wherever you want to go.