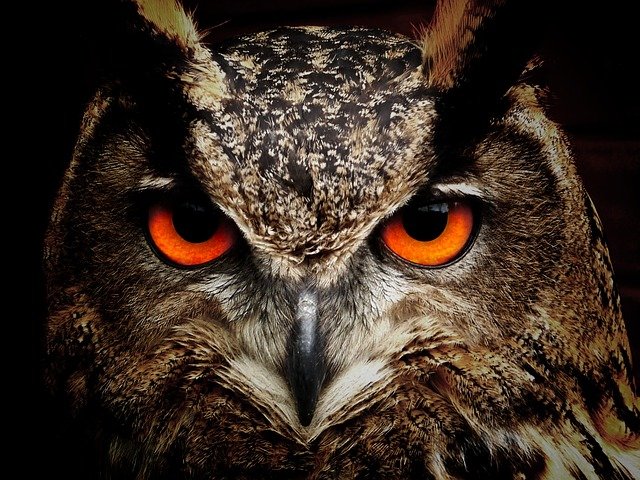 Posted at 06:28h in Characters by Stav Saristavros 0 Comments
0 Likes

In many cultures, owls are considered omens of death. Owls usually take an inactive part in that role; you see one as a portent and go on about your day.

But with THIS owl, it’s more than a sign- this owl might be the last thing you ever see. A bear with the head of an owl makes for a fearsome predator.

The Best of Both Worlds

An owlbear is a combination of all the good attributes of both an owl, which is a nocturnal bird of prey, and a bear, which is omnivorous but has the largest living land predator (the polar bear) among its family.

While bears were theorised to have been delaying the history of human migration into North America across the Bering land bridge, (ie hunting and killing us as an effective barrier to our movement over hundreds of years), owls were watching our attempts to fight back from their treetop perches.

While our ancestors slept and hoped to evade the short faced bear another day, the owl flew silently overhead, hunting the small and scurrying creatures of the night.

The owl part of an owlbear lets it see in the dark.

They are most active at night, and favour terrain that they know well. If you are walking in the woods in the dark, you had better tell your DM about all the perception checks you’re doing, or explicitly say you are en guarde for nocturnal predators that may be picking their time to attack.

Danger! Even monsters that are much larger than them will avoid owlbears. They will attack without provocation, and their monstrous ferocity, aggression, stubbornness, and straight-up ill temper makes everything else want to avoid them.

Characters should naturally have a healthy fear of them, regardless of body size, strength, or anything really; if you’re in the woods, be afraid.

The saying is: if you hear hoofbeats think horses, not zebras, but if you hear the screech or hooting of an owl, perhaps consider zebras owlbears.

Just to be prudent. Having a good sense of your surroundings will go a long way to helping you in an encounter with these monsters; they will try and use thick woods to their advantage, you need to be manoeuvrable, and whatever you do, don’t let them corner you.

Can an Owlbear be tamed?

Although they are more intelligent than most animals, owlbears are difficult to tame. But if I know you, oh intrepid D&D player, you are looking for edge case answers. “Difficult,” you say, “pushaw! I will find a way!”

And indeed, with enough time, food, and luck, an intelligent creature (this means YOU) can train an owlbear to recognize them as a master, making it a very effective guard or a fast and sturdy mount.

Elven communities even encourage owlbears to make their dens beneath their treetop villages, using the monsters as a natural defence during the night. Marauding tribe trying to attack the elve in the night? 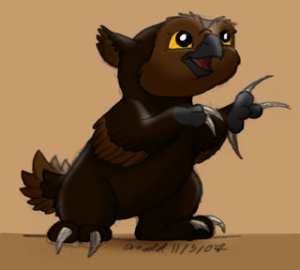 Where did the Owlbear come from?

Scholars, safe in their ivory towers and not having to do perception checks in the woods at night, have long debated the origins of the owlbear. Sometimes the simplest explanation is the right one; the most common theory is that a demented wizard created the first specimen by crossing a giant owl with a bear.

However, wise old elves claim to have known these creatures for thousands of years, and some fey insist that owlbears have always existed in the Feywild, and are a natural creature, not a monster created through magical means.

What are Owlbears afraid of?

They have really really keen hearing and eyesight, so it’s a safe bet to say that a loud bang or a bright flash would be an effective way to put a hitch in the step of an owlbear.

Whatever the D&D equivalent of a bear banger is, perhaps consider carrying one if you’re going to walk through the woods at night… 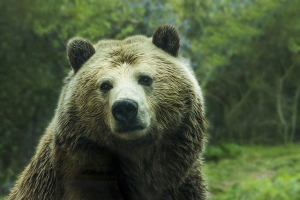 Does Speak With Animals work on Owlbears?

Yes! What you get out of it will come down to your own approach, and to how your DM steers the situation.

You gain the ability to comprehend and verbally communicate with beasts for the duration.

The knowledge and awareness of many beasts is limited by their intelligence, but at minimum, beasts can give you information about nearby locations and monsters, including whatever they can perceive or have perceived within the past day.

You might be able to persuade a beast to perform a small favor for you, at the DM’s discretion.

How much health does an Owlbear have?

Check out the official owlbear stats and abilities (from Wizards of the Coast):

Large monstrosity, no alignment. They are neither evil nor good, they are monsters who care only for hunting, sleeping, finding a mate, living out their lives free of the concerns of morality or other troublesome sapient considerations.

Armor Class: 13 (Natural Armor). Their bodies are covered in feathers, not fur, but their hides are thick and their skin is tough.

Senses: Dark vision 60 ft., Passive Perception 13. If you know where an owlbear is, wait for a glorious sunny day at high noon to make your move. You do not want to meet one of these in the dark.

Keen Sight and Smell: The owlbear has advantage on Wisdom (Perception) checks that rely on sight or smell. It can track you even if you can’t see it, it will be on your scent trail even before you know why the hairs on the back of your neck are standing up.

Actions: Monster Stuff an Owlbear Does to Mess You Up

So while they may not be a huge problem when your party is trouncing through the woods at level 10, your early-level characters definitely need to worry about owlbear attacks. 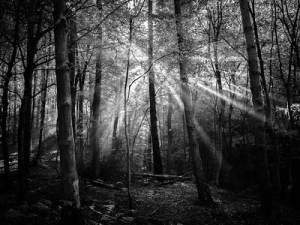 Do Owlbears have wings? Can an Owlbear fly?

No, and thankfully no. Can you imagine? Like it’s bad enough having a bear run at you trying to eat you; if it spread some wings and took to the sky that would be a whole other situation.

What is a group of Owlbears called?

Consider that a group of owls is called a “parliament” and a group of bears is called a “sleuth”. What is a good word that would be a cross between a parliament (a legislative body of government) and a sleuth (a detective, an investigative agent)?

Yes you read my mind, the logical term for a group of owlbears is an “FBI of Owlbears”. Now when you’re running away, you can decide how much time you have to let your party know the situation.

Scream either “RUN! There’s an FBI of owlbears!” or the more wordy “Comrades I implore you, turn back, for there is a Federal Bureau of Investigation of owlbears just ahead!”

This may be dependent on what country you are playing in.

But enough of all that. Owlbears are dangerous to a party at low levels, and you should not be walking in the woods at night anyway. But if you are and you find yourselves being hunted, don’t let it corner you, concentrate your attacks, and dispatch it as soon as you possibly can.

An owlbear is relentless; no, you can not escape and run away, it will continue hunting you. You must kill it or get to safety. Good luck!