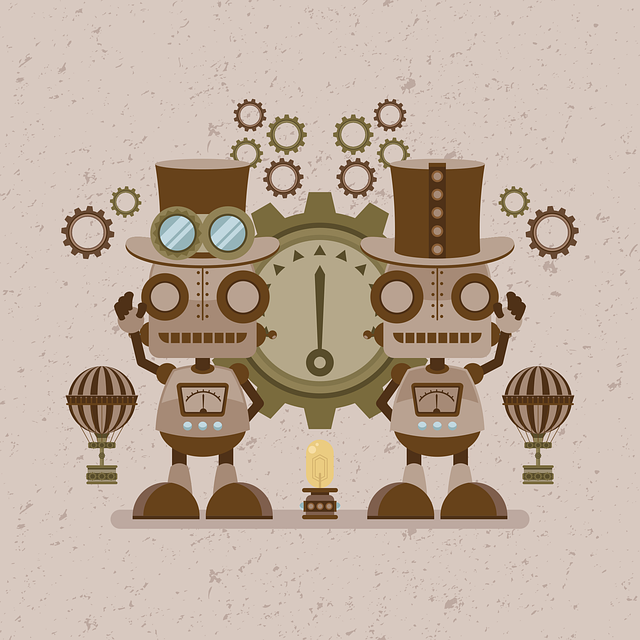 27 Sep Truly a Mind of Metal & Wheels: The Modron

Posted at 18:04h in Races by Stav Saristavros 0 Comments
0 Likes

What is this clockwork creature, this mindless automaton? What is this metal Mike Wazowski lookin’ thing? And hold up, is that other mechanical Staryu lookin dude? FIVE arms, really?

Come at me bro- oh heck on second thought maybe do not hit me with your melee multiattack, oh beautiful magic metal work of art.

In the game of 5th edition Dungeons & Dragons, creatures known as modrons can provide interesting adventure story opportunities, as well as a good challenge in a fight!

What is a Modron?

The modrons are construct-like mechanical beings and masters of law and order. They are a sort of hive-mind race, cells in a giant mechanical body collectively known as Primus.

Like actual cells in a body, modrons die and are replaced, and sometimes something goes wrong with a cell. Perhaps they received two conflicting orders. Perhaps they were logic bombed.

Perhaps they somehow became self-aware and the shock of enlightenment was too great. This is how modron adventurers come to be; the edge cases where one of them finds itself outside the usual stream of their collective.

These malfunctioning individuals can no longer work within the system, and become rogue modrons. They are stripped of the power of Primus, but continue to persist.

These modrons are the outcasts of Mechanus, insane or rebellious by modron standards even though to the average mortal they seem as lawful and mechanical as ever.

Modrons have no sense of self beyond what is necessary to fulfill their duties. They exist as a unified collective, divided by ranks, yet they always refer to themselves collectively. To a modron, there is no “I,” but only “we” or “us.” The collective, the hive mind. 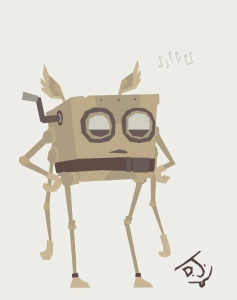 They like order and repetition, and while they can tolerate the “chaotic” whims of your common adventuring party, many insist on knowing their place in the party hierarchy.

This isn’t to say they allow themselves to be abused slaves at the bottom, as they do possess self-worth and a desire to be positioned to encourage greater order.

Because their minds are so logically alien, they have difficulty speaking with others but understand that they must in order to survive the world around them.

Thus they often befriend adventurers, if only to act as translators to help them understand and communicate with other beings. Modrons, even those cut off from the great machine, don’t view themselves as an individual. To a modron, there is no “I,” but only “we” or “us.”

Sound familiar? Think of the Borg from Star Trek, but with less “you will be assimilated” hostility. 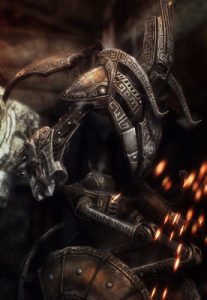 How many types of Modrons are there?

There are five kinds of modrons in the Monster Manual, and each one is more complex than the one before it.

They range from single-minded automatons capable of only holding a single thought in their mind of metal and wheels, to the formidable top tier modrons, capable and complex constructs.

Cogs of the Great Machine: If a modron is destroyed, its remains disintegrate. A replacement from the next lowest rank then transforms in a flash of light, gaining the physical form of its new rank.

The promoted modron is replaced by one of its underlings in the same manner, all the way to the lowest levels of the hierarchy.

There, a new modron is created by Primus, with a steady stream of monodrones leaving the Great Modron Cathedral on Mechanus as a result.

There is also the possibility of “Rogue Modrons” as detailed in the MM:

A modron unit sometimes becomes defective, either through natural decay or exposure to chaotic forces.

Rogue modrons don’t act in accordance with Primus’s wishes and directives, breaking laws, disobeying orders, and even engaging in violence. Other modrons hunt down such rogues.

A rogue modron loses the Axiomatic Mind trait and can have any alignment other than lawful neutral. Otherwise, it has the same statistics as a regular modron of its rank. 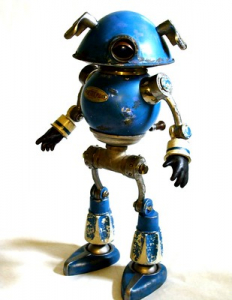 No. Modrons are lawful neutral, and the Monster Manual’s very first note in their stat block states:

Axiomatic Mind. The monodrone can’t be compelled to act in a manner contrary to its nature or its instructions.

Therefore, modrons are lawful neutral and can never be anything but lawful neutral. EXCEPT! Remember those Rogue Modrons? “A rogue modron loses the Axiomatic Mind trait and can have any alignment other than lawful neutral.” Yeah okay so there can be evil modrons…

On their “Absolute Law and Order”:

Under the direction of their leader, Primus, modrons increase order in the multiverse in accordance with laws beyond the comprehension of·mortal minds.

Their own minds are networked in a hierarchical pyramid, in which each modron receives commands from superiors and delegates orders to underlings. A mod ron carries out commands with total obedience, utmost efficiency, and an absence of morality or ego.

How heavy is a Modron? How tall are Modrons?

Modrons are medium size, except for the pentadrone, which is a large construct. Your DM will likely make them as big or as small as they need to be within that range. That at least gives you some idea. How tall is medium?

There’s a lot of room in that 5×5 cube right?  a little monodrone could be an oversized roomba! And as for weight, these are constructs we’re talking about, so that’s a lot of metal. Don’t plan on picking them up, even the smaller ones. Metal is heavy.

A modron’s speed is 30, except again for the big pentadrones, who have 40ft of speed.

How do you speak Modron?

All the types of modron list “languages: modron” as their only languages. The modron langauge is specific to modrons, and frankly it would be pretty weird to have a character with the ability to speak it without good reason.

Perhaps you can find a translator? Or some other, logical way of communicating?

How often is the great Modron March?

When the gears of Mechanus complete seventeen cycles, once every 289 years, Primus sends a vast army of modrons across the Outer Planes, essentially on a reconnaissance mission.

This is The Great Modron March, and it is long and dangerous, and only a small number of modrons return to Mechanus.

Get Logical, Get Mechanical

When dealing with modrons, realise their existence is one of logic and law & order. Keep things literal, keep things simple, and hope they see you as neutral and not a target for their five-armed multiattack! Good luck, have fun!