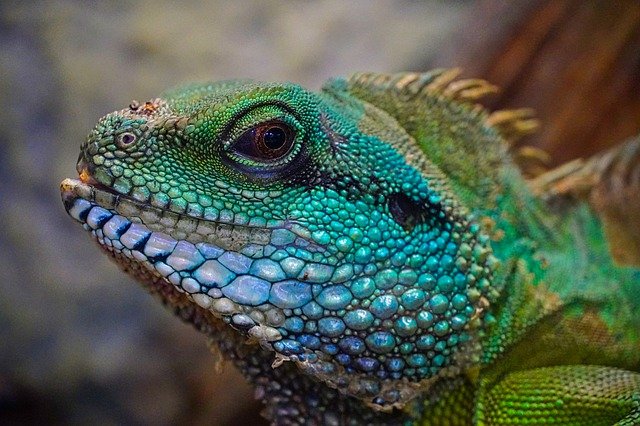 Posted at 13:31h in Races by Stav Saristavros 0 Comments
0 Likes

Lizardfolk are humanoid creatures, primitive reptilian monsters, who lurk in swamps and jungles. They are true neutral with no concept of good and evil; best of luck trying to talk to these guys with anything other than the end of a sword.

They love to eat humans, will attack in numbers, and are pragmatic emotionless monsters who will make the most efficient decisions for the betterment of themselves and their tribe.

What is a Lizardfolk?

Lizardfolk are a reptilian race taller than humans and more powerfully built. Between 6 and 7 feet tall, they weigh between 200 and 250 pounds (90-113 kg).

They have non-prehensile (regular old) tails and walk upright on two back legs, leaving their clawed hands free to wield weapons with their prehensile (grabby grab) thumbs.

Lizardfolk live in tribes and keep to themselves. They are not great at tactics but will attack in a group if it means they can have a tasty snack (you and your party).

Don’t hold your breath trying to outlast a lizardfolk

Their ability Hold Breath means that a lizardfolk can hold its breath for 15 minutes! Good luck trying to get away from them underwater; they are semi-aquatic, and any DM worth their salt is going to give them the upper hand in the water.

You’d do well to stay out of the water around anything that can hold its breath longer than you.

They kill without mercy, so yes.

Oh wait did you mean, because they are reptiloids? Reptile animals, being cold-blooded, usually need the sun to warm them up. Being an ectotherm (ecto = outside, therm = hot) has its advantages, mostly in energy costs to the organism, and disadvantages, such as literally relying on the environment to warm you up.

It’s hard enough to get out of bed in the morning, can you imagine not even being able to move until you laid in a patch of sunlight for an hour? No thanks.

As for humanoid lizardfolk, these humanoid monsters thrive in forbidden grottos, half-sunken ruins, and watery caverns; not exactly your warm and sunny spots.

Volo does say that their mindset is different from “warm-blooed creatures”, but it’s safe to say they don’t need to wait for those golden rays to pump them up; they’re ready to kill from the moment they wake up to the moment they curl their tails around themselves to sleep. Your DM may have to decide for themselves how the timing of an attack could be affected by how much Lizardfolk rely on external forces for energy.

So they are cold blooded killers, but not necessarily cold blooded biological entities. “Zangief, you are Bad Guy, but this does not mean you are a bad guy.” 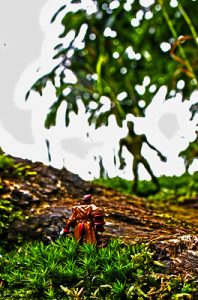 Are Lizardfolk immune to poison?

Nope, don’t let them fool you; you can poison them if that’s how you want to go about it.

Are Lizardfolk related to dragons?

We are not sure if they’re related, but the lizardfolk sure do love dragons. First off, the only language they speak is Draconic, which we think they learned from dragons in ancient times. If lizardfolk find a dragon, they will offer it tribute to win its favour.

Their desire to make friends with dragons can lead evil dragons to exploit lizardfolk, turning whole tribes into raiders and plunderers for their own gain.

Lizardfolk’s main competitors for space and resources are bullywugs, and clashes across this racial divide are frequent and bloody.

Can Lizardfolk have hair?

They can have a wig. If you want Lizardfolk with hair, realize that wigs are speciality items and are expensive. But also: you can look at nature to see all sorts of cool flanges of skin that reptiles have. Who needs hair when you can have a neck frill with brightly coloured scales?

If you see a lizard you like the look of, you could see if you can map those aesthetics onto a lizardfolk. The shapes of the scales, the horns, the bumps, the frills of skin, and the colors can all give you ideas for how lizardfolk could look.

Can Lizardfolk see in the dark?

Yes! Lizardfolk have darkvision. So do not attack them in the dark unless your entire party also has darkvision.

Do Lizardfolk have emotions?

Getting into the mind of a lizardfolk is a foreign experience. Our mammalian human brains just have a very different sense of the world and how to interpret things.

Missing parts of the brain that we possess, lizards in nature cannot process feelings the way we can. Certainly they have their own ways, but much of their experience is beyond our ken.

We must go off of the lizardfolk’s actions to understand what their motivations may be.

They are territorial xenophobes. This means that they keep to themselves, defending their territory fiercely, and they are inherently distrustful of non-lizardfolk races.

They do occasionally ally with humans, elves, dwarves, and halflings, and no doubt a Dragonborn might even have better luck at making friends with a lizardfolk! Once lizardfolk forge ties with outsiders, they are steadfast and fierce allies.

They rarely interact with other races, unless otherwise to have a go at expanding their territory, or stealing goods, food, trinkets, and other valuables. Their normal preference is isolation, except for when it can benefit them at little cost.

Their emotions are baser instincts that revolve around the base of the pyramid of the hierarchy of needs. Protecting their tribe, finding food and things to add to their wealth, appeasing the evil dragon who has them wrapped around its little finger to do its bidding, you know, basic stuff.

According to lore, lizardfolk have a favorite meat, and it’s human. Lizardfolk will eat anything and are omnivores, but they prefer meat (of any kind).

In Races of Faerûn, Wizards also say that lizardfolk consume their own dead in a ceremony so that the individual who died becomes part of the tribe again.

Given what we know about lizardfolk emotions, this might be a more pragmatic thing rather than spiritual, as in, straight up this is calories to be had, nothing wasted, meat is meat. 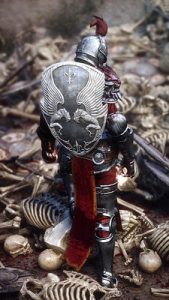 Do Lizardfolk have natural armor and unarmored defense?

Can Lizardfolk wear armor? They have Natural Armor, and they can wield a shield. Their tough scaly skin gives them an armor class of 15.

Check out their stats:

If you look at their ability modifier scores, you can see that their strength is their strength. They’re not super hot in the brains department, so see if you can use your noodle when coming up with tactics against them.

Try not to get hit with their melee and bite ability, these creatures’ attacks will be hard to handle if the whole tribe is trying to take points off you at close range.

Actions they can take:

Multiattack: The lizardfolk makes two melee attacks, each one with a different weapon. That’s right, they dual wield.

A Lizardfolk’s Multiattack will let it smash you with a heavy club for some bludgeoning damage, and then slam you with its spiked shield for piercing damage to boot.

Mostly you’ll want to stay more than 5 ft away from lizardfolk. Yes they have the ranged javelin, but you can try and take cover to avoid taking a hit and save your armor.

All in all, lizardfolk are simple monsters who want to kill and eat. If you and your party fight in the day, on dry land, with some ranged weapon attack spells or straight up bow and arrows, pick them off one by one to come away victorious from the lizard monsters.