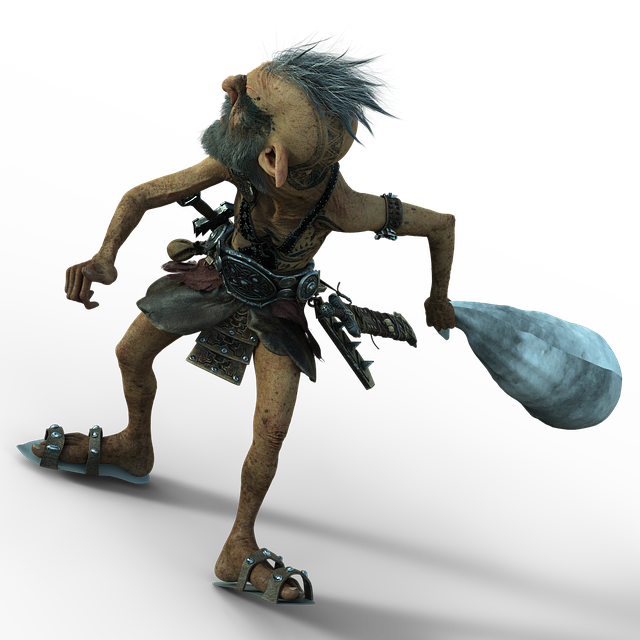 Posted at 09:48h in Races by Stav Saristavros 15 Comments
0 Likes

You know that feeling when you just need a name? Whether you’re writing prose, building your next Dungeons & Dragons character, or flinging some NPCs at your party, sometimes you just need a pocket full of names.

Goblins are more than just a name and a dagger though, so in case you need something more in-depth let’s get cracking!

How do you come up with a fantasy name?

Fantasy is an amazing genre. Your imagination can run wild to the far corners of the depths of your creativity.

You’re free to invent things, animals, places, words, whole people even, and all of them need names. There is a careful balance to strike in the venn diagram of the following 3 overlapping circles:

At the end of the day, you need to be happy with a name, but your readers/party members/audience needs to not hate it.

Even a random world has to call things something, and if you have a menu at the ready, perhaps with categories (ie: Goblin names, Elf names, cursed object names, Wizard pet names) you won’t be left scratching your head when it comes time to bust out that new town, that new magic spell, new Proper Noun. 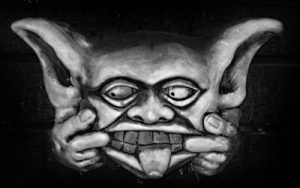 How do you create a unique name?

Unique is such an interesting word. What does unique mean to you? Memorable? Alone, as in singular? How many people in real life have you met with a unique name?

I can think of a few, and maybe so can you, but the more important question is: how many of those unique-named-people like and will keep their names?

Just because their parents thought it was a cool idea to burden them with a name they constantly have to explain and spell out literally every single time they give it out, doesn’t mean they want to keep it.

I cannot stress this enough: unique does not mean better. It rarely even means good if we’re being honest. A very common Day One writing pitfall is to try and be cute and clever with names.

Don’t worry, this is totally natural, and it’s such a common mistake because you can so easily have fun with it that you can forget the end goal.

The trouble with unique is that people see it and often think it means mashing syllables together to make something that looks cool, something that’s never been done before.

That’s not to say don’t get creative, you just need to find a happy medium between your creativity and the capabilities of your audience. Bob is better than Baughbaxtonnicroms if you’re not going for humour.

And even if you ARE going for humour, Bob is probably the better option of the two as well.

Oh no, is it terrible that I now like the name Baughbaxtonnicroms (pronounced “Bo-baton-a-croms”, that’s not so bad, is it)?

You can get very attached to things you make, especially names sometimes, and that’s a good sign that you need to get some distance between you and the name, some objectivity.

How do you pick a good character name?

You must first take into account race and class. Waves Watersplash might be a great Bullywug name, but if you call a Dragonborn that it’s going to say something entirely different about the character.

What should I name my DND character?

I hear you! It’s hard! It is a game, and it is a fantasy game, so really the sky’s the limit. Some of the most memorable names of characters I’ve played with were a little bit funny in some way, flying in the face of good taste even, but they were usually the best because the players owned them.

They really put the work into the character to make me totally believe that their character earned their name, and I was content to just be along for the ride.

What is Goblin language?

On to Goblins! The goblin language, also known as Ghukliak, is the language spoken by goblins, hobgoblins, and bugbears. It originally used the Dethek script, but by the late 15th century goblinoids began using the Thorass alphabet instead.

Most goblins speak Common and Goblin. Be wary if you’re talking to Goblins in Common and they switch to talking amongst themselves in Goblin… could be a sign they’re planning their next move against you! 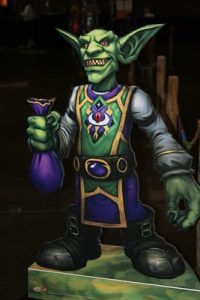 Here’s where you will have to get creative. There is no goblin language except the one you make. You can have a look at TV and movies where there are depictions of goblins for inspiration, but at the end of the day, you’re going to have to make it up.

What real life languages might you take inspiration from? Looking at how voice actors work can be a good tool if you’re trying to get the hang of actually making mouth sounds that could theoretically come from a goblin.

How do you speak Goblin?

You’ll want to try this on your own, at home, alone, before you bust it out in front of your party. Try making some nonsense sentences. Refine it, emphasising consonants you think feel gobliny, perhaps making note of a few ‘words’ here or there that seem like they are plausible.

It starts with you improvising, and ends with confidence. When you go to ‘speak goblin’ in front of others, your performance will be made or broken by your commitment to the part.

If you’ve spent some time beforehand getting the hang of the foreign cadence and odd sounds, you will be able to rattle off something that the others will have no doubt IS goblin.

Do goblins have last names?

Take the time to get to know them, and you’ll learn all sorts of things about goblins.

Most D&D encounters have goblins as a cheap and easy source of a fight, but when you zoom out and realise that they are beings existing in the D&D world just the same as your character, things get more specific.

Like they have families. And those families have names. Gruk is actually Gruk Grockenblade, but most of the time all you’ll get is a first name. 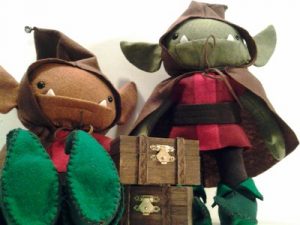 What comes to mind if you learn of the name Petunia Butterflies? A snobby English woman holding her nose up at a tray of biscuits that didn’t meet her standards?

What if you learn that the name belongs to a 7 foot tall one-eyed Dragonborn Bard?

Would the name be ironic, meaning that Ms. Petunia Butterflies is not as delicate as her name suggests, and is actually the baddest thing to rock up to a fight short of a dragon?

Or would she be flaunting stereotypes and be dressed delicately, with velvety expensive clothes, with a wreath of flowers, and shiny guilt work all over her weapons and armor?

A rose by any other name would smell as sweet, right? So a female goblin named Rose but be a good clue that there is more going on than just your standard goblin stuff.

Will your DM share with you more about this character because she has a name that seems to be at odds with her culture? Of course it’s up to them, but an interesting name can be your DM asking you to join them in looking more into a character. 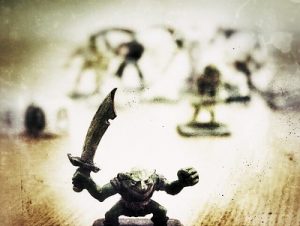 But if Gruk is actually Gruk Weathercaller, you are being given a clue by a guide that there might be more to search out with this character.

What is a good name for a goblin?

So you need to generate a goblin name. Male names, female names, unisex names, from names for creatures lurking in caves to names for aristocratic goblins brokering trade deals between the Elf king and the Dragonborn lord in the next province over, I got you covered.

This is a list of examples just to give you some ideas so you can find that beautiful space between ‘inspired by’ and ‘original’ that we tend to pop into during the fervour of creation.

You may use these as is, or mix and match them to suit you. Sometimes a short name is what you want; simply chop off a few syllables and see how that fits!

So good luck, have fun, and get naming!