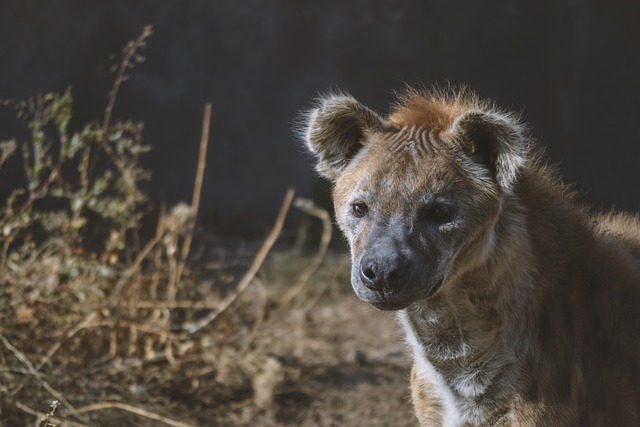 Posted at 13:08h in Races by Stav Saristavros 0 Comments
0 Likes

Gnolls are feral chaotic evil humanoids, raised from hyena origins to become monsters who raid and slaughter, devouring the bodies of their victims.

They strike at random, and only pick targets they know they will win against, avoiding those who would put up enough of a fighter or to be too much trouble.

What is a gnoll?

Gnoll’s are one of the very few humanoids in D&D that are truly evil by nature, unlike orcs and goblinoids who are not born evil but become evil because of their cultures.

Gnolls are the chosen children of the demon lord Yeenoghu, gifted with intelligence and purpose.

That purpose is pretty simple: they destroy, they kill, they eat.

Being part of a tribe of demon-creatures whose entire race is a weapon, whose strength and speed is feared, who can bite through bones, who roam in packs in search of blood and destruction? What’s not to love (if chaotic evil is your jam). 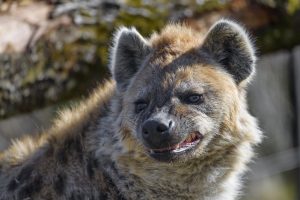 This is nothing to trifle with; you had better have a good plus to hit, or you’re looking at, statistically speaking, hitting only one in every four rolls. With a pack of gnolls hellbent on eating your corpse, you will need more than a one in four shot to get out of it alive.

Once you can hit them though, it’s not too bad. Focus on taking them down one at a time, and by that I mean pick your target and stay on it until it’s dead.

That’s the same speed as you, or more than you if you are a halfling or dwarf. When they know they can win, gnolls will not let their prey run away. You have to fight for your life.

So their strength is, well, their strength. Their dex is decent enough. They’re not going to do very well against attacks that require con, int, or wisdom saving throws, so keep that in mind.

Keep your magic-slinger slinging their magic from a distance, and put your tanks up front to try and kill these monsters in as few hits as possible.

Their special abilities are something to note as well:

How tall is a gnoll?

Gnolls are listed as Medium size, but this encompasses dwarves that stand on average 5ft. in height all the way to a Goliath that can be 8ft. in Height.

Gnolls tend to be on the larger side of the medium spectrum. Averaging out at 7-7.5ft in height and 280-320 lb. In game rules this still means a gnoll takes up a 5 ft by 5 ft cube in battle. But keep these dimensions in mind when trying to fight in tight quarters or when trying to take a group photo with your buddies. Best to be in the back so we can see the humans!

They aren’t undead, but they are closely aligned with their demon god Yeenoghu. If one gnoll shows particular savagery in a battle, Yeenoghu may reward this worshiper by allowing them to be possessed by a demon spirit.

This gnoll becomes the Gnoll Fang of Yeenoghu, a powerful monster that causes more gnolls to be created in its wake.

They aren’t the brightest bulbs in the drawer, but they can speak with each other, make plans, and carry out complex multi-gnoll maneuvers.

Their demonic blood-lust is the thing to fear more than their intelligence, but don’t underestimate their ability to work together. Apes together strong, yes, but also gnolls together strong.

By default, No. And even if they could, what are you going to say to them? They cannot be reasoned with, cannot be taught or coerced to put aside their destructive tendencies.

Their frenzied bloodlust makes them an enemy to all, and they will even fight amongst themselves if they have no common enemy.

Oh but the Gnoll Fang of Yeenoghu can speak abyssal, if you care. Not that you can reason with it either, but there ya go. 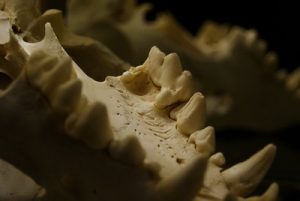 What are gnolls afraid of?

A good defense is the best offense against a pack of gnolls, but if you find yourself actually having to fight them, best hit hard and hit fast. They rely on numbers, and fear you whittling their pack down with precise attacks.

Blood, death, destruction, feasting on the flesh of their fallen victims, you know, chaotic evil stuff. The Gnoll Pack Lord rules over the group and gets the best of the treasure, food, magic items, and prestige, but whether or not the pack likes them is up for debate.

They rule by might and cunning, not love and respect. They like being in a pack because it lets them kill more effectively. They like killing because maybe it will get them noticed by their demon god.

They like their demon god because… it’s how they were made? Simple motivations can be terrifyingly effective.

Can you play as a gnoll in D&D?

As far as I know, there are no officially sanctioned ways to play a gnoll in D&D. You could home brew something, but you will have to get around the obvious hurdle that they are inherently evil, vile, chaotic things.

Playing a gnoll true to their nature, as a natural-born killer with a penchant for cruelty, would be an exercise in savagery that might make your friends not fancy playing with you.

Dungeons & Dragons has room for evil, but rarely is it a good time to engage in full-on villainy without any nuance, as playing the gnoll race would necessitate.

If, on the other hand, you can make a case for some way that your particular gnoll character isn’t just a slavering evil demonic hyena demon, maybe you could eke out an interesting character.

You’d have to build it from the ground up, and explain why you’re not a mindless demon who thinks only of killing and eating the flesh of their kills.

That’s where it can get interesting. A gnoll trying to overcome their baser nature, and move beyond being an evil creature, may make for an interesting story to play out.

Another possible inroad to convince your DM that this may be a workable idea is that you could play a halfbreed. Then at least they’d have half a fighting chance at overcoming the first instinct to kill, and move onto whatever their non-chaotic-evil half will guide them to do. 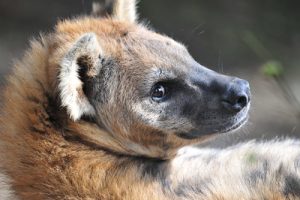 Yes! Hyena-men have been around in literature since the 19th century and are not a D&D specific monster. Concepts like this cannot be copyrighted, and even the name gnoll is in use before D&D was a thing.

Being surprised by gnolls attacking you

If your party finds themselves being ambushed by a pack of gnolls, it’s because they think they have a shot at killing you all and eating your bodies. You need to work hard and work fast.

A lot depends on your party’s fighting style and dynamics; will you each take on one opponent, or is it better for more than one of you to target a single gnoll? If there is a Pack Lord or a Gnoll Fang of Yeenoghu present, it will change how you approach getting attacked…

Bottom line is: communicate with each other, and pick them off one by one.

Surprising gnolls by attacking them

Do it during the day. Sneak up, strike fast, and don’t let them get away.