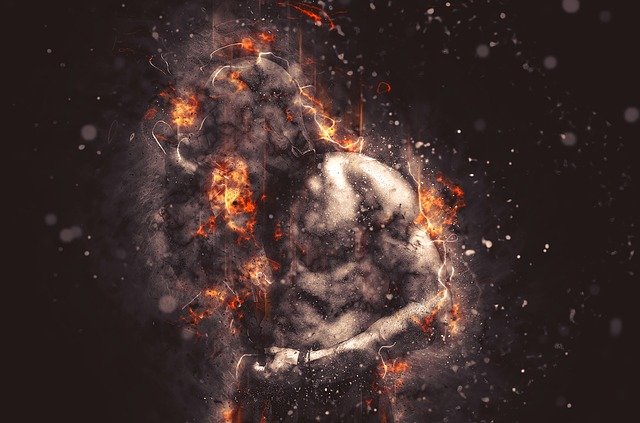 10 May Genasi: Half Human, Half Genie, All Business

Posted at 21:58h in Races by Stav Saristavros 0 Comments
0 Likes

Part human, part genie, you’ll have your work cut out for you when role playing a genasi. Mechanically speaking they are interesting, but the real substance for your genasi character is your elemental background which can drive your personality and your battle tactics.

All genasi, regardless of subrace, share some interesting features. You can speak, read, and write common and primordial, a harsh sounding language full of guttural growls and hard clipped consonants.

Your constitution score increases by 2.

Your size is medium, and are generally built like humans, standing between 5 and 6 feet tall.

Your base walking speed is 30 feet.

Genasi live somewhat longer than humans, up to 120 years.

Genasi tend toward a neutral alignment, and are independent and self reliant. This independence can be perceived as pushing others away, so be sure to play nicely with others and develop teamwork if you don’t want to be left out of the group.

Water, earth, fire, air (everything changed when the fire nation attacked), you have your pick of elemental subraces for playing a genasi. Your elemental background will determine some of your abilities and character flavor, so start with deciding which you want to go with.

Your whole world view is different

Your genasi subrace will be the base of how you relate to the world, and will be something you’ll have to put thought into before you begin. If you’re still deciding which to go with, have a read, and then pay attention to how these elements show up in your regular life, and how it might be different for you if you were a genasi. 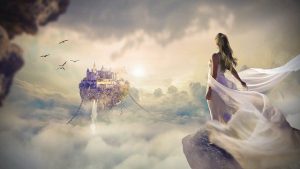 Water genasi often has blue or green skin, and your hair might appear to move as if its floating freely underwater. Your voice may at times seem to resemble the sound of water, with occasional sing-song hints of whale calls. You are lithe and fluid in your movements, and you value your independence.

You often look wet, but it’s not sweat; you smell of crisp clean water and fresh rain.

The practicalities of playing a water genasi are pretty cool: your wisdom ability score increases by 1, you have resistance to acid damage, and you have a swimming speed of 30 feet. But also you are a specialist in one particular area: you can breathe both air and water. Swim forever without coming up for air.

You have a cantrip called shape water, which lets you basically waterbend. Combining it with the create or destroy water spell will make you a force to be reckoned with in any situation, regardless of access to water. Get inventive about how to use water as a distraction, a hindrance, and a weapon, and you will find this spell your constant companion.

Earth genasi are variable in appearance. You can be shiny like a polished gemstone or be kind of dusty, you could have a smooth metallic finish or be bland and rocky, you could be covered in tiny crystals or sort of muddy. How you can look is as versatile as the earth itself, and you may draw inspiration from minerals and dirt, the many kinds of rocks, and every feature of geology under the sun.

You can leave bits of mud or earthy dust wherever you go, or you can be much more solid and clean.

As for what abilities are different for earth genasi, your strength ability score increase is +1, and you have earth walk, which lets you move across difficult terrain made of earth or stone without expending extra movement.

Oh you sneaky sneak you

As an earth genasi, you are a stealth mission’s MVP: you have merge with stone, which lets you cast pass without trace without material components. For one hour, a veil of shadows and silence radiates from you and cloaks you and your companions’ detection. Each creature you choose within 30 feet of you (plus you as well!) has a +10 bonus to stealth checks, and cannot be tracked unless it’s by magical means. You and the chosen creatures leave no tracks behind, and no trace of your passage is discernible.

Make do with what you’ve got

Compared to the water genasi, it’s a bit underwhelming to be honest, isn’t it. You can’t earth bend, you can’t pull all the iron out of someone’s blood and kill them, you can’t cause a landslide to obliterate your foes. Well neither can your other party members, so I guess an earth genasi has to get inventive about how they are going to use their elemental subrace traits! 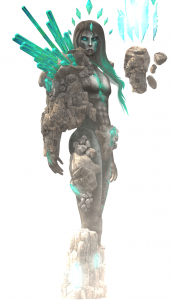 Fire genasi burn hot, literally hot to the touch. No, you don’t have a fever, no you don’t need to cool down, but yes you might need to take a chill pill. Fire genasi are known for having a volatile and changeable mood, but with a keenly sharp mind. You think you know everything so you are quick to make a snap judgment and get impatient when others don’t see how obvious the answer is. Problem is, you’re not always right, are you…

Role playing a fire genasi will be a tricky bit of business when it comes to inter-party dynamics. You don’t want everyone to hate having you around, but you also tend towards being hot headed and stubborn.

That girl is on fire

Your eyes might actually flare up when you’re angry. Your voice has licks of crackling flames in it. You may have a faint scent of brimstone about you. Your skin tone can range from a shade of red fire to coal black, or ashen grey. Your hair might be red or it might be literal flames. You are formidable in appearance, with good reason.

Don’t get to cocky kid

Your intelligence ability score increases by 1. You have darkvision and can see in dim light (within 60 feet of you) as if it were brightly lit, and you can see in absolute darkness as if it were dim light. But the color is not normal; being of fiery elemental heritage, your darkvision is a bit unusual: everything you see is in shades of red.

You have resistance to fire damage. Which, as you will see shortly, is critical to being a fire genasi with your spellcasting ability. 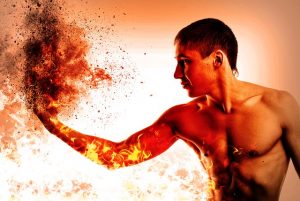 Hey careful where you point that thing

As a fire genasi, you have the cantrip produce flame. You can use this flame as a light, or attack with it (targeting a creature within 30 feet) as a ranged attack, dealing 1d8 fire damage at 1st level. Also your hands are essentially flamethrowers (burning hands); you have a 15 foot cone attack that causes all targets within it to make a dex saving throw or take 3d6 fire damage (they still take half that even if they succeed!).  Your burning hands attack also causes any flammable objects (not being worn or carried) to ignite and catch fire. Pretty hot, right?

You can be stormy or calm, breezy or gale-force ornery. Your outbursts can be legendary, but they are brief, much to your party’s relief.

As an air genasi, your skin is light blue, with your hair and eyes matching. You are surrounded by a faint but constant breeze, making your hair and clothes appear to waft around you. Your voice is breathy, your movements light.

Your dexterity ability score increase is +1.

As long as you are not incapacitated, you can hold your breath, forever. While a water genasi can breathe underwater, an air genasi doesn’t have to breathe at all.

Whatever floats your goat

Your cool air-bending ability is that you have the ability to cast levitate, a trait requiring no material components. Levitate lets you raise a creature into the air. The duration is 10 minutes, and, as long as you can see it, you can target anyone or anything that weighs under 500 pounds. If the target is unwilling, it can make a con saving throw and be unaffected. But if it fails? You raise the target vertically into the air, up to 20 feet! It remains suspended for 10 minutes, and can only really move if it can grab a hold of something. Once you use it, you regain the ability to cast it after you finish a long rest.

You can, of course, use levitate on yourself. This lets you move up or down as part of your move action, suspended in midair. When the spell ends, the target floats gently to the ground, no harm done on impact.

It’s almost as good as flight. Get used to thinking in three dimensions, and use your height advantage to cover parts of a fight your ground-bound party members cannot.

The only one of your kind

Genasi are rare, so rare that you may never meet another of your kind. Your genie parent wants nothing to do with you, and your corporeal parent, well, that’s for you to decide. Generally, genasi are outcasts, and are all too used to being on the outside looking in. Your party may have to work hard to get you to feel included.

Are you hesitant to join them, letting your walls down? Or are you so eager for companionship that you throw yourself headlong into the social connections you need? Don’t be too rigid, and see how it evolves.