Firearms vs Armour in the late Middle Ages and Renaissance. 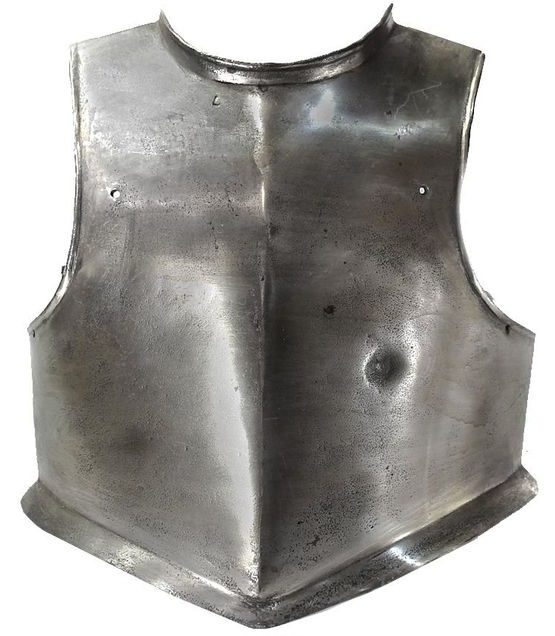 13 Oct Firearms vs Armour in the late Middle Ages and Renaissance.

Posted at 10:57h in Uncategorized by Stav Saristavros 0 Comments
1 Like

Did firearms render armour obsolete in the late Middle Ages/renaissance?

The short answer is… It’s complicated.

There is no doubt that with the advancements of firearms in the medieval/renaissance period, we saw the gradual diminishment of armour use but there is a very common misconception that firearms rendered armour obsolete during this period.

The biggest factor in the effectivness of firearms vs armour, in the medieval and renaissance period, was quality vs quality. Success and failure of either armour or firearm was largely dependent on the quality of either piece of equipment.

The effectiveness of armour vs firearms can be verified by well documented historical evidence as well as modern experiments with historical firearms.

It’s important to understand that firearms and “medieval-style” armour co-existed in some form on the battlefield from roughly the 14th century to the early 19th century. [1]

As the quality and technology of weapons improved so too did armour. Most early armours were made of iron.

Iron generally provided enough protection to resist most threats on the battlefield up to the 15th century and it was both easier and cheaper to fashion armour from iron over steel.

As the technology of weapons improved, particularly the development of more powerful longbows, crossbows and early firearms, iron armours were becoming more and more unreliable in defending from these threats by the end of the 14th century.

As a consequence, we observed the gradual adoption and more widespread use of armours of varying grades of steel from 1400 onwards.

Heat treating of armour had also become a more common practise by the 16th century in addition to other crafting techniques like fluting and layering to increase the effectiveness of armours.

Steel was not a new invention in the middle ages. Swords had been crafted from steel for centuries but its application to armour was more difficult. The process was more expensive and required greater skill both in smelting and in smithing to fashion suits of armour.

It is important to note that with the improving technology of armour smithing, full harnesses of plate armour were widely used through most of the 16th century despite the ever-increasing presence of more sophisticated firearms like the matchlock and wheel lock weapons. [2]

With the ever-increasing threat of these more developed matchlock and wheel lock weapons, soldiers wanted more assurances that the armour they were purchasing would be able to resist these weapons.

Higher quality armours of this period were “proofed” and is where we get the term bulletproof from.

Armourers would shoot their work with a pistol at virtually point-blank range in front of a prospective buyer to prove their armour was able to resist firearms.

Of course, not all armours were “proofed” but they existed and were readily accessible.

Medieval records are full of accounts where armour undoubtedly saved the wearer’s life from gunfire.

In 1524, Francis I, was shot several times at the battle of Pavia and was unharmed. There is even account of the siege of Rochelle, 1627, where a certain Captain St. Martin remained uninjured after having been struck by musket balls no less than thirty times. [3] 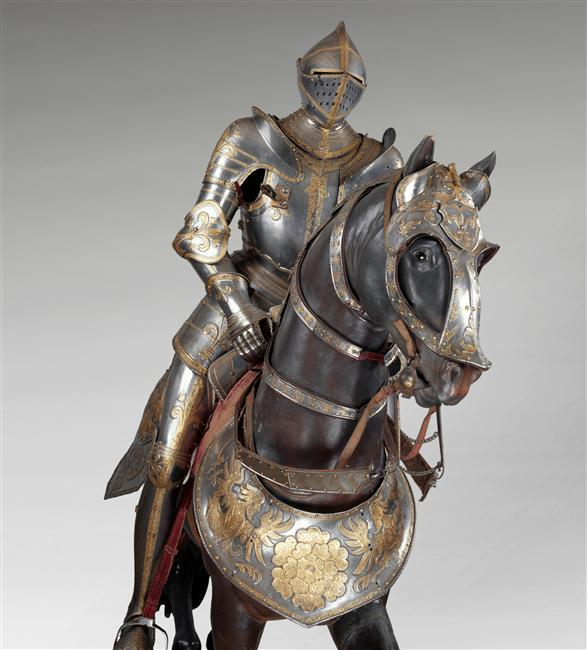 Three-Quarter Plate and Half Plate

By the late 16th century, outside of wealthy lords and nobles, full harnesses of plate armour were being abandoned by soldiers in favour of three-quarter plate and half plate suits, and in some cases just cuirasses (breastplates) and helmets.

As firearms continued to improve in the early 17th century, armour continued to become thicker and thus heavier to provide the protection needed against the evolving firearms, but armour was far from obsolete even in the early modern warfare period. 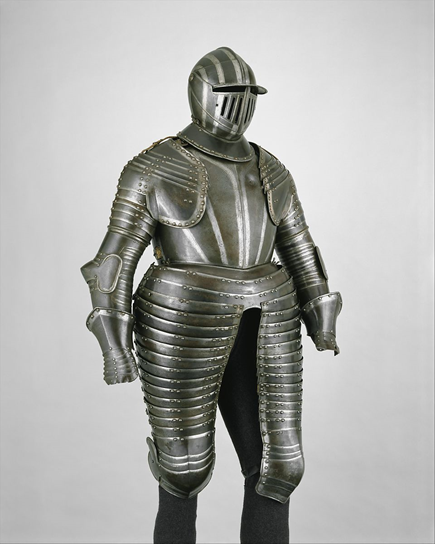 Phased out before Obsolete

It is during the period of the mid to late 17th century that we saw a more rapid decline of the use of armour on the battlefield.

First with the downgrading of the full harness to three quarter and half plate to just the use of breastplates and helmets and eventually no armour at all outside of the nobles and high-ranking officers.

Did the technological advancements of armour lose pace to firearms during this period? Did armour become obsolete at this point in time?

And then The Winged Hussars Arrived!

The Western European commanders of the late 16th century had abandoned heavy cavalry in favour of lighter skirmishing cavalry using wheel lock pistols and carbines. The evolving pike and shot infantry formations saw the end of an era where knights had previously reigned supreme on the battlefield.

The Eastern European powers, specifically the Polish-Lithuanian commonwealth did not agree.

In 1605  at the Battle of Kircholm, Sweden was about to be taught a lesson in warfare that would once again change the face of the battlefield.

Outnumbered 3:1 and fielding only 260 musketeers in a 3,600 stong force, the Polish-Lithuanian fielded a large number of heavy cavalry called the Winged Hussars.

In less than 30 minutes, the Winged Hussars routed the 11,000 strong Swedish armies, the battle forcing Sweden to abandon its campaign in northern Latvia. [5]

The Hussars ongoing success in the early 16th century forced many commanders to rethink their battle doctrines including Gustavus Adolphus who reintroduced the use of heavy shock cavalry in his European campaigns.

The Winged Hussars would go on to be the decisive factor in many battles all the way to their greatest victory on the 12th of September 1683.

Well and truly into the “Early modern warfare era”, the largest cavalry charge in the history of man was about to take place at the battle of Vienna.

The cavalry charge carried the day and the siege of Vienna was lifted. [6]

What is important to note about the Winged Hussars, is that even this late into the 17th century they were still equipped with plate armour and charged using Lances.

Equipment that should have been obsolete? Many historians thought so, and even many commanders of the time thought so, but the Polish/Lithuanian forces knew otherwise.

Armour still had its place on the battlefield even this late in the 17th century. 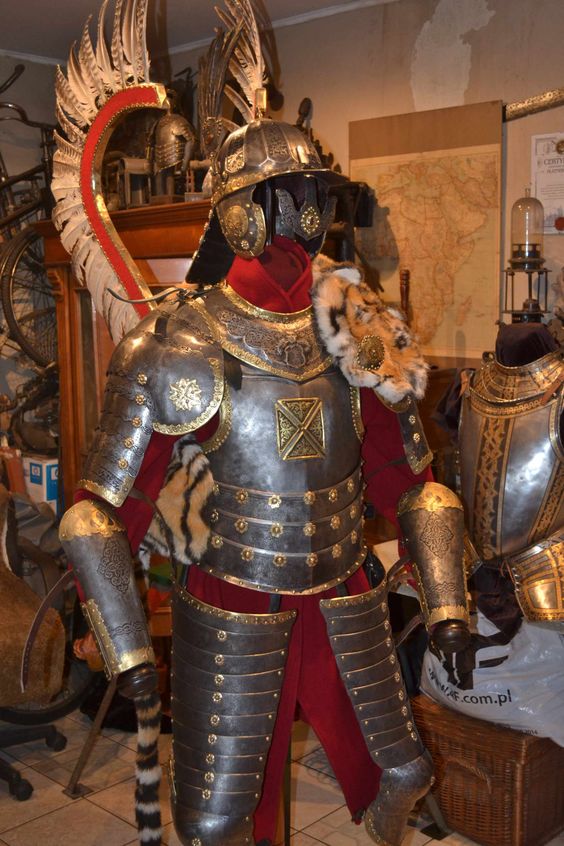 To be armoured or not armoured that is the question!

This raises an important question. When elite professionals had the luxury of choice, what armour would they choose?

The elite Polish-Lithuanian troops provided most of their own equipment. It was not issued by the state and when their own lives were in the balance they saw value in wearing heavy plate armour.

The choice in arms and armour by professionals of the time tells us a lot about how truly effective plate armour still was in this later age of black powder firearms. [7]

So why didn’t everyone wear armour? There are a few reasons but the biggest reason is more than likely money. By the late 16th century and onwards the size of armies was growing.

While there were a few large engagements in the earlier middle ages numbering in the tens of thousands of troops, by the 17th-century armies had grown to numbers of up to one hundred thousand soldiers and more.

It was simply impossible to equip an army of that many soldiers with high-quality steel armour.

Therefore, unless you could afford it personally, or you were issued with the amour for being part of an elite formation, attaining said armour was out of reach for most soldiers, and as such we witnessed a diminishing use of armour through the mid to late  17th century.

Detailed records from the early 17th century give us the precise expense of good quality armour that was proofed. In 1624 a Cuirass of pistol proof with Pauldrons cost £1  6s (One Pound six shillings).

For context, an infantryman in the late 16th century made 8 pence per day. To be able to afford a cuirass of proof an infantryman would have to pay  39 days of his wage or a little over a month’s work.

For the full harness, it would take him  424 day or approximately a year and 2 months of work.

In contrast, a Captain from the exact same period earned 8 shillings a day. A full Harness would cost them only 35 days of wages. [9]

As you can see, a full harness of the armour of proof was simply too expensive to equip ordinary infinitary with. Whereas for officers, they could afford it themselves if it was not issued by the state.

These prices give us some added context and perspective into a key contributing factor for the decline in the use of armour during this period.

It should be noted these prices are for munition grade armours, mass-produced equipment. Certainly good quality but not the very best quality that many lords and nobles could afford. 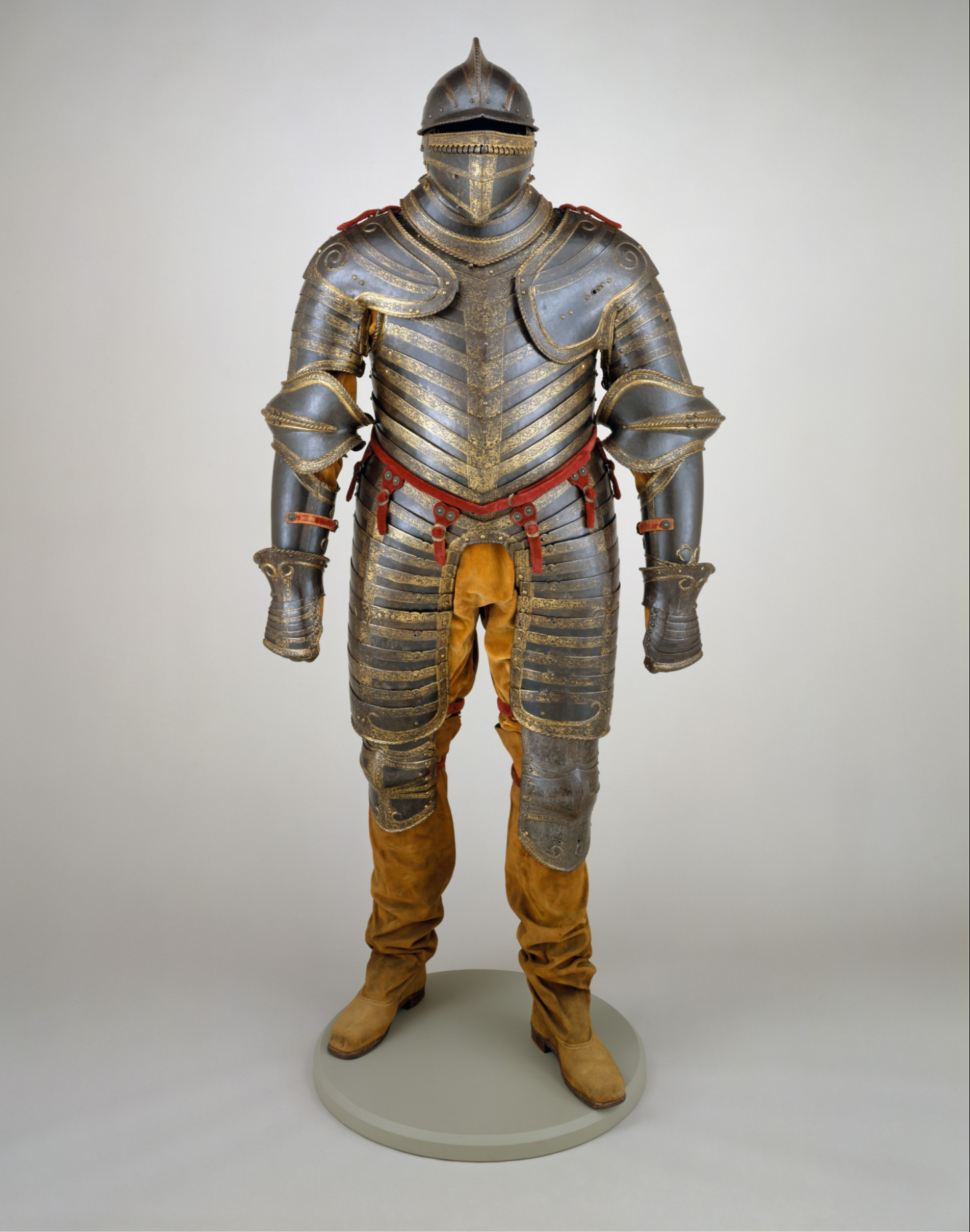 Return of the Jedi

By the early 19th-century flintlock muskets had reached close to their pinnacle of development during the Napoleonic war. They were the most powerful and most accurate weapons to date and the face of the battlefield had seen the elimination of plate armour altogether.

Napoleon saw value in equipping his most elite cavalry units with cuirasses. These elite cavalrymen were called the Cuirassiers. It is important to note that the French were not the only force to do this in the war.

Accounts from the battle of Waterloo tell us of the effectiveness of the Cuirassiers in combat and importantly their ability to resist musket fire, particularly from range.

Accounts at the battle of Waterloo give evidence of cuirasses being able to resist muskets from as close as 20 yards. While this particular claim of close range resistance might be highly debated there is more than enough evidence to show that the cuirasses did save the lives of their riders from musket fire throughout the campaign. [10] 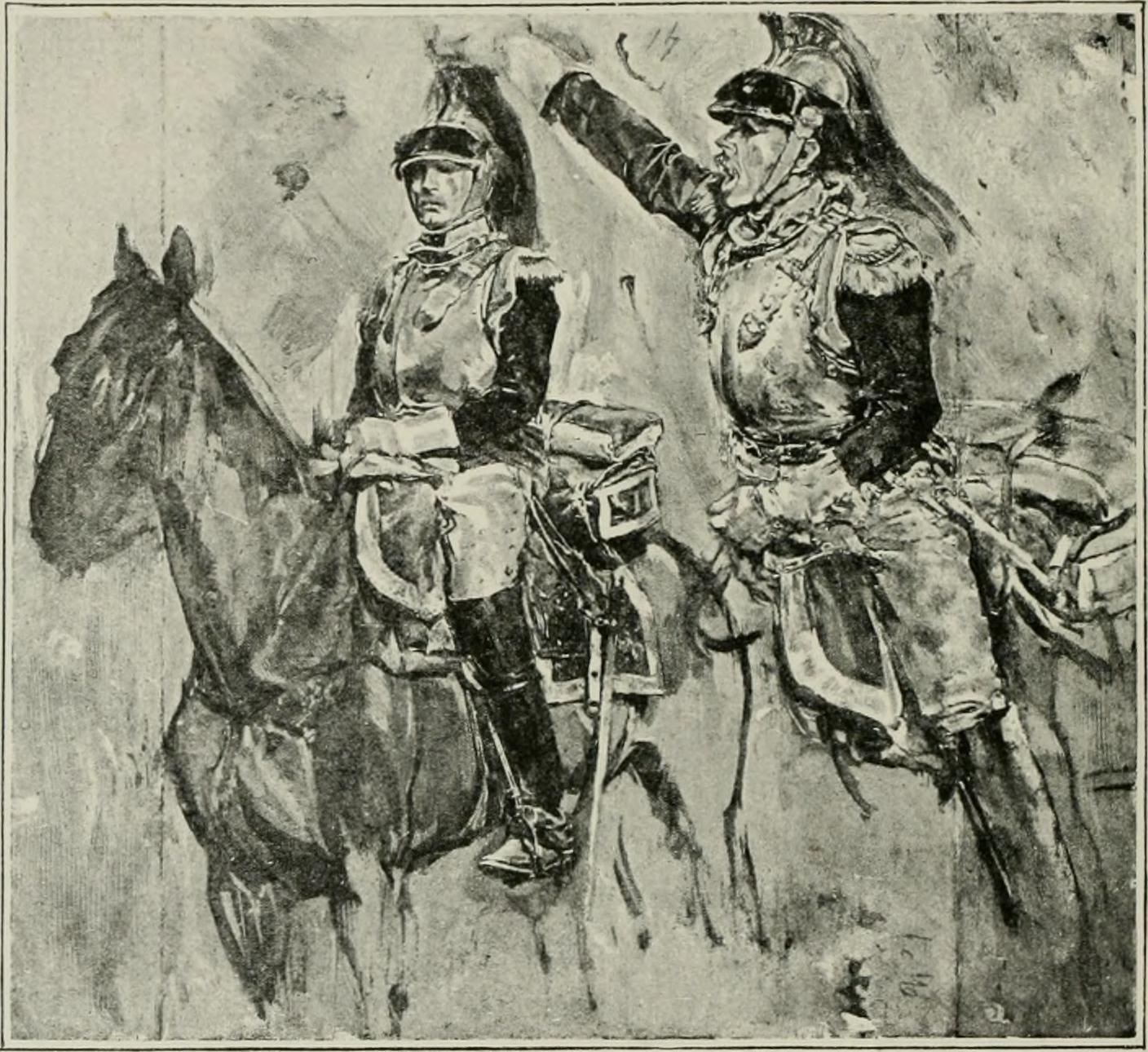 So why not issue every soldier of the period with at least a breastplate?

It is more than likely because of the economics of warfare and logistics. Muskets and firearms were simply far cheaper to mass-produce than high-quality steel armour that was proofed to stop them.

In addition, the cost of servicing armour that would inevitably be damaged in every engagement would also have been a very difficult proposition if not impractical for such large armies.

Note this is 5-6th century armour using modern stainless steel. Not an accurate historical replication but it gives us insight into how effective armour and weapons of the time could be.

Modern stainless steel has a Vickers hardness of 120-200 VPH. Tested Mediveal armour could be up to 480 VPH depending on the armour or weapon.

(the reason we know this is low grade is because longbows were able to penetrate it. See below for Long bow experiments against higher quality Cuirasses)