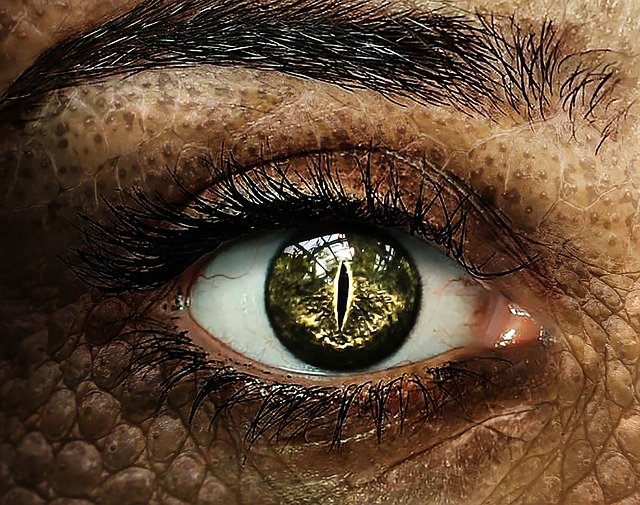 Posted at 05:15h in Characters by Stav Saristavros 0 Comments
0 Likes

If you thought a wizard turned evil, becoming undead, and wielding phenomenal cosmic power was bad enough, sit back and learn about the horrific next level under lich monster: the dracolich.

What is a Lich?

Liches are all that remains of great wizards who embraced undeath as a means of preserving themselves. Liches further their own power at any cost, having no interest or consideration for the affairs of the living, except where those affairs interfere with their own.

They are quite insane, driven mad by the dark power of their undead nature; they hunger for ancient knowledge and the most terrible secrets.

Because the fear of death doesn’t hang over them as it does with mortals, they can conceive plans that take years, decades, or centuries to execute.

Physically, a lich is a gaunt and skeletal humanoid with withered flesh stretched tight across its bones. Its eyes decayed long ago but were replaced with points of light that burn in its empty sockets.

It is often garbed in the tattered remains of fine clothing, and jewellery worn and dulled by the passage of time.

What is the opposite of a lich?

Probably a puppy and a kitten napping in the warm summer sun, soft, content, happy, alive. 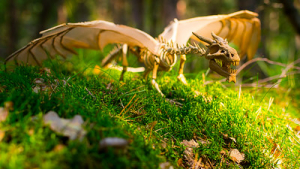 Also though take note of its ability Turn Resistance. The lich has advantage on saving throws against any effect that turns undead. So you can do it, but it’s extra hard.

Truesight lets the lich see in both normal and magical darkness (up to 120 feet), see invisible creatures and objects, automatically detect visual illusions and succeed on saving throws against them, and perceive the original form of a shapechanger or a creature that is transformed by magic.

Also, this lets the lich see into the Ethereal Plane. So like, there’s no hiding; no darkness will cloak you, no illusions will disguise you.

Languages: Common plus up to five other languages (hey if you’re immortal you have time to level up in Duolingo, which for a lich is more like Hexalingo).

Proficiency Bonus: +7; when a lich is good at something, it’s GOOD at it.

Legendary Resistance: (3/Day) If the lich fails a saving throw, it can choose to succeed instead.

Rejuvenation: If it has a phylactery (more on that later), a destroyed lich gains a new body in 1d10 days, regaining all its hit points and becoming active again. The new body appears within 5 feet of the phylactery.

Spellcasting: The lich is an 18th-level spellcaster. Its spellcasting ability is Intelligence (spell save DC 20, +12 to hit with spell attacks). The lich has the following wizard spells prepared:

The target can repeat the saving throw at the end of each of its turns, ending the effect on itself on a success.

Yes, in that they will live forever if left alone unperturbed. But we cannot let that happen, now can we, oh ye adventuresome dice rollers! There are ways to kill them, and kill them we must!

Can a lich be good?

No. It is inherent in the reality of being a lich. Water is wet. Fire is hot. Liches are evil. The monster manual literally says “any evil alignment”.

Oh this is awkward, you want to be a lich? Um okay I guess. You need to kill innocent things and constantly sacrifice souls to keep yourself alive… You know what, this is a conversation you need to have with your DM.

We never had this conversation

You look like you can keep a secret so let keep this just between the two of us.

WotC have opened the door for the possibility of players and DMs to allow for lichdom in two of their campaign modules. Curse of Strahd and Waterdeep: Dungeon of the Mad Mage.

A foul book called The Dark Gift of Tenebrous is designed to allow your players to achieve this very end.

The Dark Gift of Tenebrous

Tenebrous’s gift is the secret of lichdom. This dark gift grants its beneficiary the knowledge needed to perform the following tasks:

Construction of the phylactery takes 10 days. Concocting the potion takes 3 days. The two items can’t be crafted concurrently. When the beneficiary drinks the potion, he or she instantly transforms into a lich under the Dungeon Master’s control (use the stat block in the Monster Manual, altering the lich’s prepared spells as desired).

The beneficiary of this dark gift gains the following flaw: “All I care about is acquiring new magic and arcane knowledge.”

Then there is also the Book of Vile Darkness but …wait… oh no the paladins have found me! I have to go! 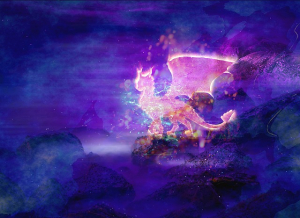 Hol up. Did you only come here for dark and forbidden knowledge? Well read between the lines, because I will tell you in general about dracoliches, lest your DM forbid you from visiting me again…

Okay so you know about liches, beings hell-bent on being immortal at any cost, wielding phenomenal dark powers, constantly scheming and killing; imagine the same thing but instead of a puny humanoid medium-sized shape, it’s a dragon.  ;_;  The transformation from a dragon to a dracolich is serious soul-manipulating work.

According to Wizards, in the MONSTER Manual, all about MONSTERS and definitely NOT ABOUT YOU (nudge nudge wink wink): “Creating a dracolich requires the cooperation of the dragon and a group of mages or cultists that can perform the proper ritual.

During the ritual, the dragon consumes a toxic brew that slays it instantly. The attendant spellcasters then ensnare its spirit and transfer it to a special gemstone that functions like a lich’s phylactery.

As the dragon’s flesh rots away, the spirit inside the gem returns to animate the dragon’s bones. If a dracolich’s physical form is ever destroyed, its spirit returns to the gem as long as the two are on the same plane.

If the gem comes into contact with another dragon’s corpse, the dracolich’s spirit can take possession of that corpse to become a new dracolich.

Once a dracolich (from any dragon type) is created, there is no way to control it. It has its own schemes and plans, no family, no community, no anything to hold it back or try and get it to do literally anything it doesn’t want to.

Undead dragons present a fearsome foe, as you can see from:

Not only can it detect you and your party, it can detect the dollar amount of coins rattling around in your money belt, it notices the fine filigree pattern on your weapon, it can hear your breath through the keyhole, and not even the fact that one of the clasps on your chest armor is loose will slip by it.

We’re talking massive, massive perception here. Your presence will not be a surprise to a dracolich, so do not count on a round of surprise attacks. 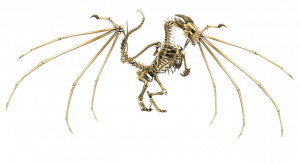 How does a lich make a phylactery? Can a lich have multiple phylacteries?

Where a lich has a phylactery, dracoliches possess a gemstone that functions in the same way. Tying souls to objects is not a foreign concept to anyone in the sci-fi/fantasy fandoms; a great example of this is Voldemort splitting his soul into various horcruxes in an attempt to be immortal.

Fascinating that my grammar checker underlined ‘horcruxes’ not because it didn’t know the spelling, but because I didn’t capitalize it… so that’s how mainstream we’re talking.

“A lich must periodically feed souls to its phylactery to sustain the magic preserving its body and consciousness.

It does this using the imprisonment spell. Instead of choosing one of the normal options of the spell, the lich uses the spell to magically trap the target’s body and soul inside its phylactery.

The phylactery must be on the same plane as the lich for the spell to work. A lich’s phylactery can hold only one creature at a time, and a dispel magic cast as a 9th-level spell upon the phylactery releases any creature imprisoned within it.

A creature imprisoned in the phylactery for 24 hours is consumed and destroyed utterly, whereupon nothing short of divine intervention can restore it to life.

A lich that fails or forgets to maintain its body with sacrificed souls begins to physically fall apart, and might eventually become a demilich.”

One lich, one phylactery. One dracolich, one gemstone.

Does destroying a phylactery kill a lich? How do you destroy phylactery?

Your DM is the one holding all the power here. According to Wizards:

“Destroying a lich’s phylactery is no easy task and often requires a special ritual, item, or weapon. Every phylactery is unique, and discovering the key to its destruction can be a quest in and of itself.”

Seems it’s time for a talk with your DM. And remember, we never had this talk; I didn’t tell you how to become an evil undead dragon, nope nope nope, all good adventuring survival information here okay byeeeee.