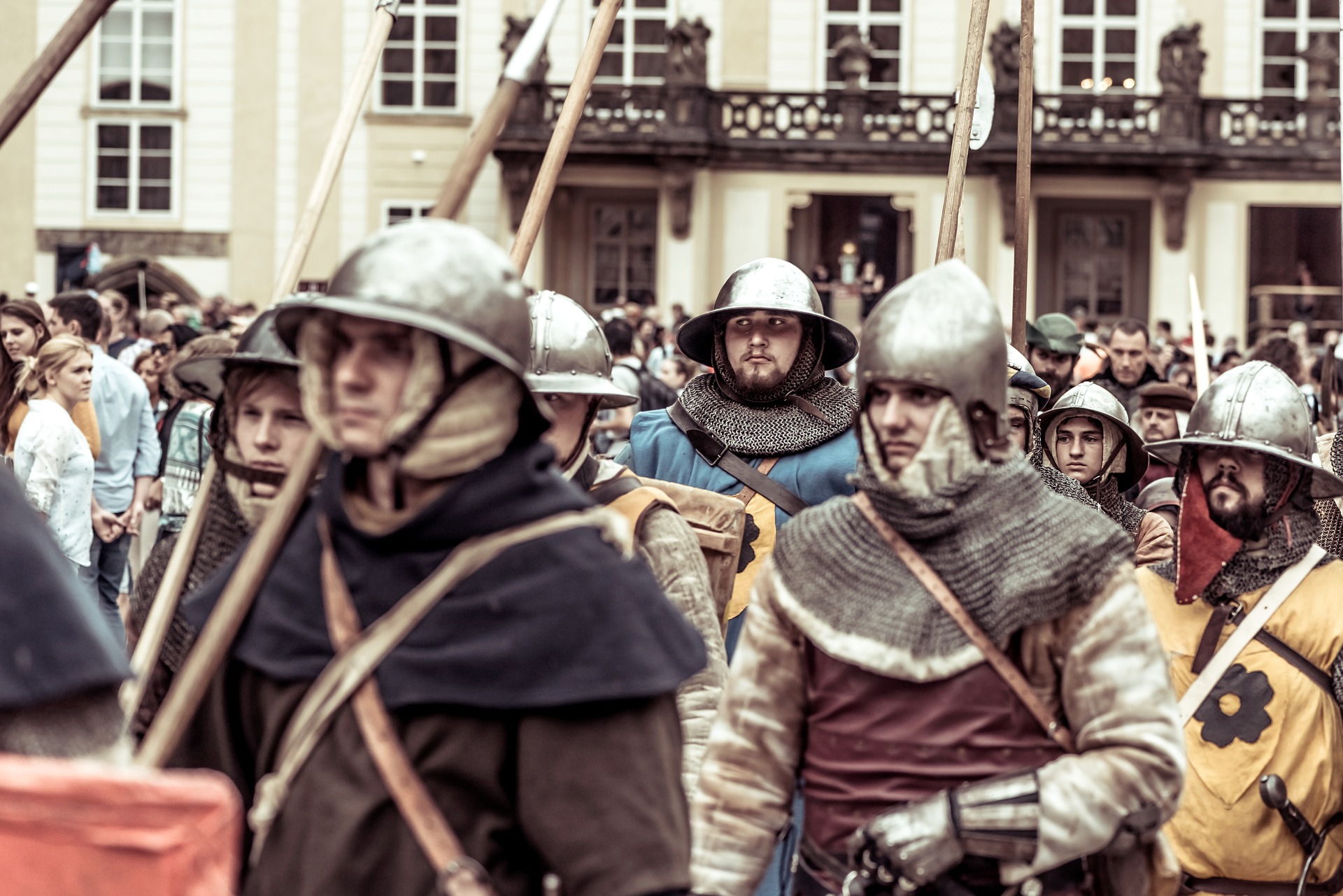 Posted at 09:42h in LARP by Stav Saristavros 0 Comments
0 Likes

Modern times got you down? You could share an amazing live-action fantasy role playing game with thousands of people! 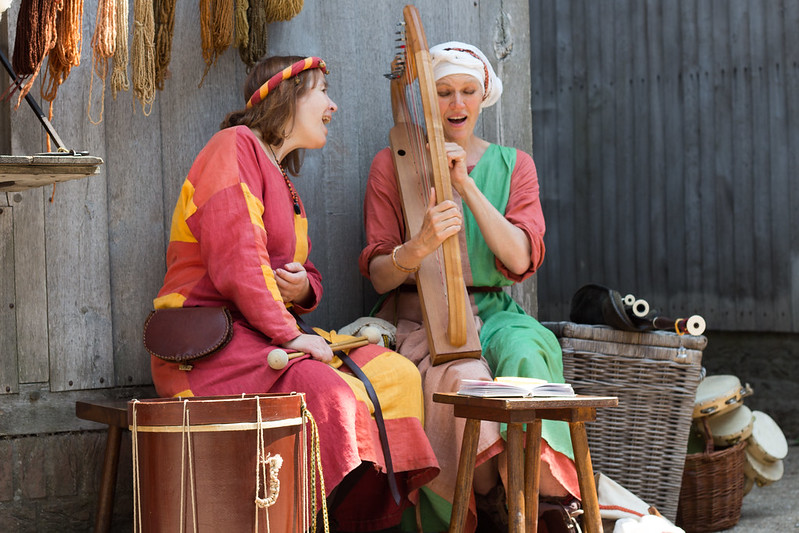 Bicolline is a live-action combat experience set in medieval times. Modern dress and accessories are left behind (no phones!) and all players immerse themselves in looking and acting the part of their character in a medieval setting. It counts 3,500 members and growing.

There are 170 guilds, battles, weapons, buildings, intricate geopolitics, and commerce, all contributing to you feeling like you are really there because you ARE really there.

Every year there is one week-long gathering, with the largest event there being the Great Battle.

This makes the Duchy of Bicolline one of the largest immersion medieval venues in the world. Stepping into Bicolline is akin to stepping back in time, a setting where members can be free to become their characters.

Le Duché de Bicolline is located in Saint-Mathieu-du-Parc near Shawinigan, Quebec, Canada. It doesn’t limit its attendees to North America; players make the trip to Saint Mathieu du Parc from all over the world to take part in Bicolline.

Watch this space and hopefully soon you can join round the fire with your guilds and help prepare for a live fantasy battle event with other participants one of the next times it’s on.

How old do you have to be to go to Bicolline?

Bicolline is a live action game event for all ages. The Duché de Bicolline has something for everyone! Check in with organizers about the logistics of bringing children onto a battlefield though… Every knight needs a page to join them by their side though, right?

How much does it cost to go to Bicolline?

Depending on what experience you want on your trip, there are many options for your one week of medieval fantasy immersion. Do you want to rough it at night in a tent, or be in a fire-warmed inn all week?

Are you bringing your own food to the event, or gnawing on a leg of mutton with a side of ale at the medieval tavern? Players dictate the cost of their trip beyond the entry fee; the menu is yours to set for the week. 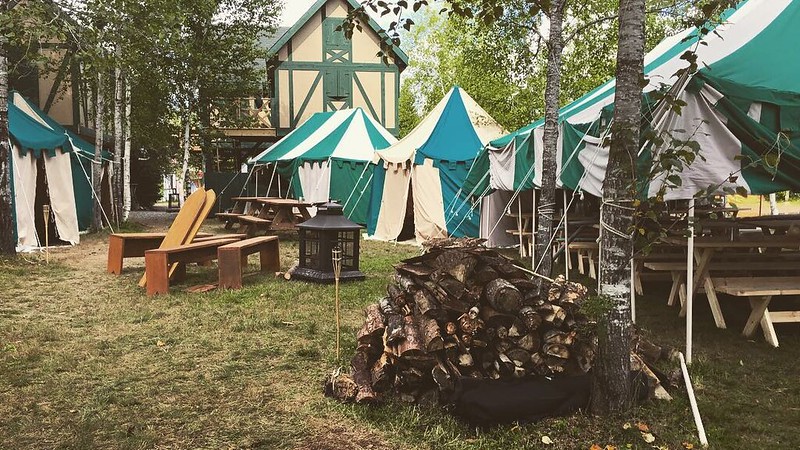 How do you start LARPing?

If we’re talking Bicolline, we’re talking about a Live Action Role Playing game (and if you legit thought it was ROLL PLAYING… you are NOT alone. You know, because of the dice rolling, duh.).

The Live Action part of LARPing pretty much negates the use of dice rolling, as the players are essentially actors in a production without cameras, the only audience (usually) are other players.

When it comes to starting something so vast, my usual tactic is to read a bunch online so I’m not going in completely ignorant (welcome, looks as if you are already wise to the plan!), then to hang around with related communities.

Just hang out and have fun!

Many more people have LARPed than likely realize it. People tend to think it means dressing up as knights or werewolves and spending months and years in a game and acting out battles, but it can also be something as simple as attending a murder mystery night. The bite-sized approach to getting into something this massive may help ease you into it.

I realize that in our current times, a lot of this is all theoretical, and the caveat of ‘in non-covid times’ may apply to much of what you’re reading. May this knowledge stand us all in good stead to continue on with our never-ending quest for creativity and connection. That being said:

Murder Mystery Nights can be an excellent way to break it to people that LARPing. Getting people to LARP (to dress in character, act in character, and to play a game in character) is the tip of the iceberg.

Once you get a feel for what it’s like to walk in someone else’s boots, and when you realize you can walk in ANYONE’s boots, you can take real ownership over crafting a character to play.

It’s a surprisingly short number of steps to go from playing a game of Settlers of Catan, to picking out a hat for your first one-off Werewolf the Masquerade LARPing Dinner Party event, to working with an engineer designing your fully functional light armour to fight medieval battles at Bicolline.

The flavour of Bicolline is medieval fantasy, so breaking into this world can be as simple as watching period piece movies or documentaries and looking at the costuming and sets, learning about the social structure of a guild, or assembling accessories that are era appropriate.

It all comes down to curiosity, and to sharing that curiosity with others to play your part in a fantastical adventure. To LARP is to play well with others.

What are the rules of LARPing? 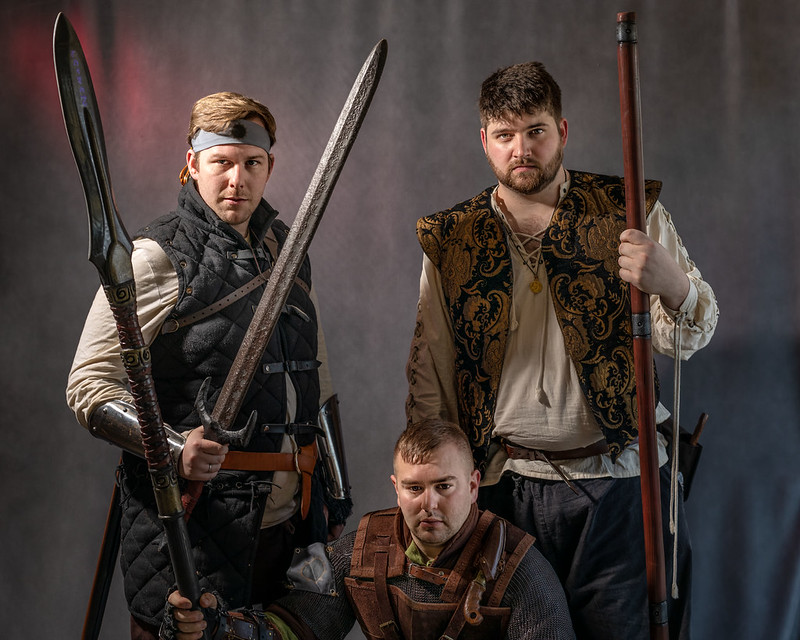 Each role playing game around the world has its own structure and rules in place. Bicolline doesn’t have a character creation system, but the rules are simple. Be a character by dressing and acting as them.

There is combat involved (if you want to engage in it) and the rules are well laid out, including a wonderful spirit of fair play that leaves it up to your own ethics to be honest.

This is a community; you are becoming part of something larger than the sum of its parts, and must do your utmost to be upstanding.

Being a good actor has two meanings here: the role-playing aspect of acting (I’d like to thank the Academy) and also it’s the act of being a participant in an action or process. When you enter the Duché de Bicolline you must adhere to their rules.

What is a LARP battle? 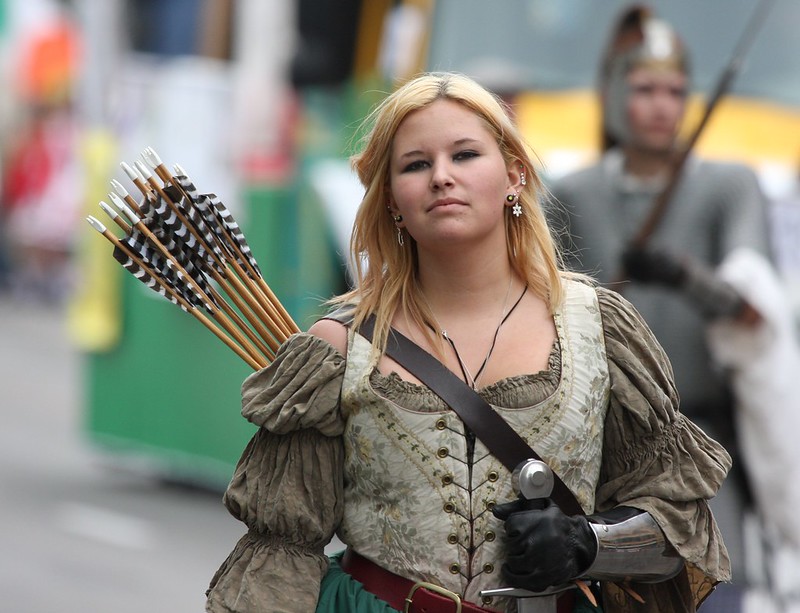 Hundreds or literally thousands of participants have been involved in The Great Battle of Bicolline at the same time.

How cool is that? 2000 members all dressed in character all fighting it out is quite the show. Modern-era items are put away out of sight, era appropriate garb is donned, players suit up, leave the relative safety of the Duché de Bicolline, and join one another in a combat setting from a bygone era.

Battles take many days to prepare for (not to mention the months of various work dedicated players spend as well). The combat game rules are laid out; it’s up to you to keep track of hits against you, and to be upstanding in adhering to injury and death rules on the day of the event.

Injury and death WHAT?!

Players must have every weapon (all medieval) inspected and cleared for the live battle event. Take great care to play and act well with one another.

Fortunately, while the battles are medieval, the medicine isn’t; weapons still cause injury, but every incident is treated seriously and players can walk away without medieval danger to life and limb. Good luck, have fun!