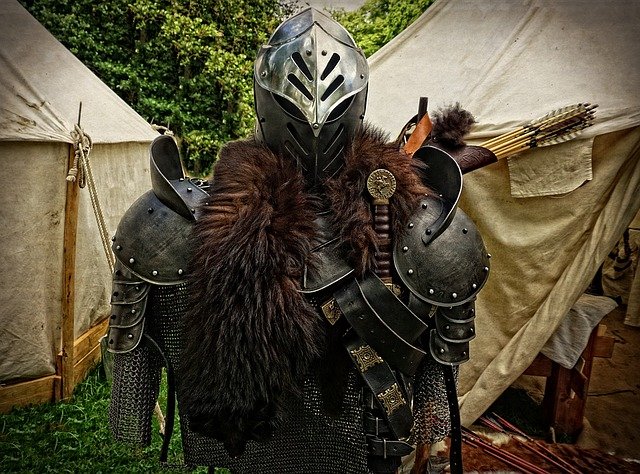 Posted at 05:59h in Spells by Stav Saristavros 0 Comments
0 Likes

Playing a bard will help your party feel inspired, uplifted, and supported. You are a force to be reckoned with in your own right, but your real power is how much better your party is with you as part of the team.

The magic of Bards that isn’t magic.

Bards are not just a jester fluting around on their pipes while their party fights for their lives. Bards have the ability to use music to cast magic or their talents to inspire their companions in a very real and measurable way.

The later can can be done with a bonus action, which means you still get to do all your attacky stuff too.

We’re talking about the main jam of the bard: Bardic Inspiration. You can inspire others through stirring words or music. To do so, you use a bonus action on your turn to choose one creature other than yourself within 60 feet of you who can hear you.

That creature gains one Bardic Inspiration die, a d6. They stash the possibility of rolling that die away for later. 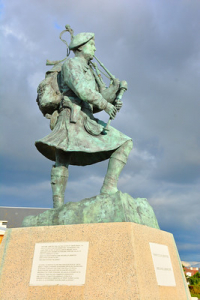 What your party does with your inspiring tune

Once within the next 10 minutes, the creature can roll the die and add the number rolled to an ability check, attack roll, or saving throws it makes.

Creatures can wait until after it rolls the d20 before deciding to use the Bardic Inspiration die, but must decide before the DM says whether the roll succeeds or fails.

Yes you read that right; you can give your companions a hole d6 to use whenever they want, on anything they want, and they can choose to use it even after they have already rolled their d20.

So if your friend thinks if they just swung their sword a tiny bit harder they might be able to finish off your foe, they basically remember how much your bard music absolutely rocked, got inspired, and hit a bit harder.

Your whole team can be pumped up and choosing when to add a d6 to anything they’re doing, it’s incredible.

The major limitation on this is that you can only use this feature a number of times equal to your Charisma modifier (a minimum of once). You regain any expended uses when you finish a long rest (except after level 5, it becomes a short rest). Bards should inherently be pretty high up there with CHA.

Your Bardic Inspiration die changes when you reach certain levels in this class. The die becomes a d8 at 5th level, a d10 at 10th level, and a d12 at 15th level. Bard, rouse your teammates to hit hard!

Are bards powerful? Are bards overpowered?

Bards are balanced, but, as with anything, you may be able to find good synergies that give you an edge. Your strongest attribute should be your Charisma. This is both your spellcasting ability, as well as the main stat for important skills like Performance and Persuasion.

Your second highest attribute should be Dexterity. This helps you survive (adding to your AC), as well as helps you go first in turn order, so you can start handing out Bardic Inspiration to the rest of your party right off the bat. The next most important skill is Constitution for your hit points.

If your charisma is way up there, you will be able to do things that the rest of your party just can’t. Your abilities to talk to anyone and get what you want are a huge asset, and you can really shine when you are not even in battle.

Does your party need information from a prisoner, from a shopkeep, from a royal guard, from literally anyone? If they get you, oh bard extraordinaire, to do the talking, your charisma will come in extremely handy and get you this most valuable resource: information. 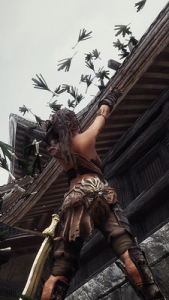 Can a bard use a shield? Dealing damage while trying to play a banger is tricky…

You are using an instrument as part of your bard spells a lot of the time (your concentration ‘focus’), and you can’t dual wield an instrument and a shield.

As per the Players Handbook (Wizards of the Coast, page 190), you are allowed one free object interaction on your turn as a part of your action or movement (implied that the free interaction must be related, such as opening a door or drawing a weapon).

Anything more than that requires an action.

You cannot put away your instrument and draw your blade as free actions on the same turn. That is two different object interactions. (Note the Dual Wielder feat, which explicitly allows you to draw or stow two weapons on the same turn.) 1 round = 1 thing.

You’re going to have to feel into the range of your bard. You are not a tank, but you’re not an archer either…

A way to switch without taking an action could look like this in combat:

(Start combat with your shield equipped.)

You could drop one of the items (weapon or instrument), and use the interaction to get to the other weapon in a single turn, but that requires going back and picking it up later when you want to be able to use it again. Oof.

However, your DMs may find this needlessly pedantic, hard to keep track of, and make the duration of a fight needlessly drag; they might save you from this silliness and let you draw and stow (or stow and draw) on the same turn. Talk to your DM!

Remember that all of this assumes that you need a hand free for the Somatic/Material components. You do have lots of Verbal only spells, and you may not need to drop/stow your weapon to be able to cast.

The War Caster feat also interacts with this, as it allows you to use your shield or weapon hand to perform the somatic requirements for a spell, meaning that if your spell does not have material components, then you do not need to pull out your instrument.

Check out your progression as you level up: 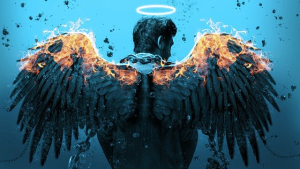 Do bards have spells? What spells can Bards use?

For the figurative part, you are well rounded and have a variety of bard spells to choose from. You start with 4 spells known and gain one, sometimes even two, every time you level up until you know 22 spells!

See below for a complete bard spell list, all spells you can possibly learn as a bard in D&D 5e!