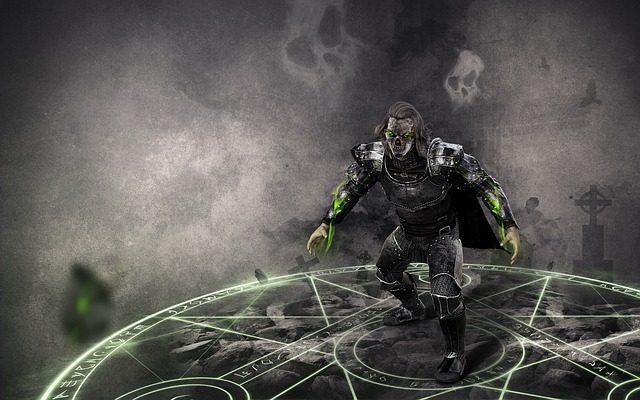 Posted at 04:54h in Spells by Stav Saristavros 0 Comments
0 Likes

Warlocks are powerful magic casters who are bound to a patron. As a warlock, you can see signs and portents from your patron that others may mistake for a formation of rocks, the caw of a crow, or a simple bowl of soup.

But because you are attuned to this other entity giving you power, you have tapped into something that is going to give you as much power as the work you put into it. 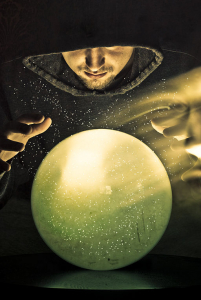 What is a warlock DND?

Wizards of the Coast, who publish all things related to Dungeons & Dragons, views this special wizard-like class as part of a pair. You play the one calling the shots, but there’s always your patron somewhere in the mix.

When creating a warlock, Wizards has some great suggestions for questions you could ask yourself:

As you make your warlock character, spend some time thinking about your patron and the obligations that your pact imposes upon you. What led you to make the pact, and how did you make contact with your patron?

Work with your DM to determine how big a part your pact will play in your character’s adventuring career. Your patron’s demands might drive you into adventures, or they might consist entirely of small favors you can do between adventures. 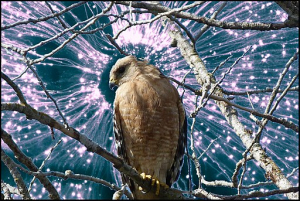 Oh yes. In addition to casting time, concentration, and having an action to spend, you need to make sure you have the ingredients needed to cast them!

Save yourself the embarrassment and try to never be without the ones you know you’ll need to do the damage necessary to win a fight.

Do Cantrips count as spells?

Yes, but they don’t require a spell slot! They are the magical equivalent of a good old fashioned knuckle sandwich. They may take an action (though some are just a bonus action).

How do warlock spells work? Can a warlock change spells?

Spells and spell slots are just straight up not the easiest thing to approach in D&D. Think of it like this: every day you get a gun. Depending on your race, class, and level, your gun has a certain number of chambers in it to hold that many bullets.

At first level, you might only be holding a peashooter with a single chamber. At larger levels, your gun has more chambers. Normally, your gun is like a swiss army gun; it doesn’t shoot just one kind of bullet.

Some of the chambres are larger than others and can hold bigger bullets, but they can also hold the bullets meant for smaller chambres. Every day you pick which bullets you have in your pocket (your “prepared spells”), ready to use in your gun.

When you go to fire your gun, you decide what bullet to put in what chamber, pull the trigger, and voila! Spell slot used.

The number of spells you know is like having a box full of different kinds of bullets you can pick from.

So normally, you grab a bullet (a spell), load it into a chamber (your spell slot), fire (cast the spell), and then your gun can’t use that chamber until you have a nice long rest.

Let’s say you wake up from your nice long rest and you weren’t super happy with how your gun performed in battle the day before. You look at your box of bullets (spells you know).

You decide to grab different bullets today (prepared spells). You have a pocket full of new bullets you can load up.Your gun has the same chambers as before, but now you have different options.

But a smaller bullet can also go in the big chamber… so that level 3 spell slot can just as easily be used to cast a level 1 spell (but that’s kind of a waste of your limited number of larger chambers!).

This is how spells work in general; to understand just how cool you are as a warlock, read on! 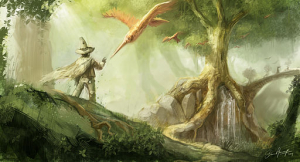 Check out this handy table of what you can expect as you progress:

So let’s say you are a 3rd level warlock. Your racial abilities may enhance this; it’s just a look at warlock regardless of race. At 3rd level, you know 2 cantrips, which don’t take spell slots! Use them whenever! You know 4 spells.

That’s four kinds of bullets you have to pick for your gun. Your gun at 3rd level though, it’s not looking super hot… it only has 2 chambers (2 spell slots), and the size of the chambers only accommodates size 2 bullets (your spell slots are level 2).

So, while you may have 4 different kinds of bullets, you need to remember that you’re only going to be able to fire MAX 2 of them!

You can use your gun to fire both level one and level two bullets, but again, you only have two shots. Warlocks do not have to prepare which spells they have access to; you can load and fire any bullet, drawing on any of the spells you know at any time.

Here’s where you get to be the coolest: Warlock gun chambers are all the same size. That’s right: all their spells slots are the same level.

Instead of a swiss army gun like other classes, with all sorts of different sized chambers for different sized bullets, warlocksthey have fewer chambers but they are the largest they can possibly be. As a warlock, you are essentially holding a hand cannon.

After you level up to level 2, you are basically holding a double barrelled shotgun that can hold bigger and bigger bullets every time you level up, until you hit level 11 and your shotgun gets another chamber (feels far away, but it will be here before you know it!). 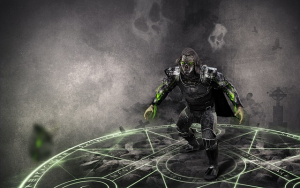 ONLY TWO SPELL SLOTS, ARE YOU KIDDING ME

Here’s where it gets good: Warlocks don’t need to prepare spells. AND you get your spell slots back after, not just a long rest, but after short rest. That right, an HOUR. Everyone else has to go down for a full 8 hours, but not you.

So while there are drawbacks to only two spell slots, warlocks can recharge faster then other casters.

Have a cup of tea, put your feet up, and then you are ready to jump into battle again, ez. This, combined with Eldritch Invocations (basically mini power ups that help you customise your warlock further), makes you more than capable to stand your own as a spell caster.

Warlock spellcasting: whatever you need is ready to go!

In the heat of battle, you can fumble around in your pocket of bullets, grab the round that you need in that moment, pop it in the chamber, and KAPOW. You are one of the most versatile and badass casters around because you name it, you always seem to have just what is needed.

Do warlocks get their spells back on short rest?

YES. Just to reiterate this huge, huge advantage. You get your spell slots back after a mere hour of taking it easy. The next time you need to fight, you will likely be ready, unless you need to wait for your party to catch up and recharge their slots.

There are times when a rest is not possible and a warlock with only two spell slots seems to lack any true offensive capabilities without their greatest assets right?

Warlocks have access to a class-specific cantrip called Eldritch Spam Blast. This is arguably the strongest offensive cantrip in the game and if that is not enough to prompt a patron loving character from taking it, it only gets more powerful with certain eldritch invocations (the mini power ups mentioned above). This cantrip is a true terror weapon in the hands of a warlock.

“A beam of crackling energy streaks toward a creature within range. Make a ranged spell attack against the target. On a hit, the target takes 1d10 force damage.” And it gets better as you level up, giving you a second beam at 5th level, a third at 11th, and finally 4 beams at 17th. You can direct the beams at the same target or at different ones. Make a separate attack roll for each beam.

Agonising Blast: When you cast eldritch blast, add your Charisma modifier to the damage it deals on a hit.

Eldritch Spear: When you cast eldritch blast, its range is 300 feet.

Grasp of Hadar: Once on each of your turns when you hit a creature with your eldritch blast, you can move that creature in a straight line 10 feet closer to you.

Repelling Blast: When you hit a creature with eldritch blast, you can push the creature up to 10 feet away from you in a straight line.

Lance of Lethargy: Once on each of your turns when you hit a creature with your eldritch blast, you can reduce that creature’s speed by 10 feet until the end of your next turn. 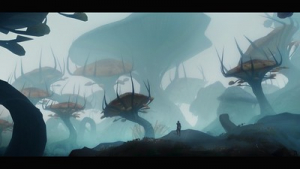 Warlock Spells: All Spells a Warlock Can Know