The Abbey of Gnosis is a wonder: a fortress, temple and library, dedicated chiefly to Ogma, the Keeper of Lore.

It is also home to an order of Mordar, the dwarven deity of knowledge and forge magic as well as Cyela, the Elven goddess of knowledge, literature and scholars.

It is one of the only surviving relics of a golden age when elves, dwarves and humans worked together to accomplish great things.

It stands on a remote promontory jutting out into the sea, a narrow strip of rock, barely wide enough for a single-lane track, connecting it to the mainland of the Free Coast.

Its libraries are vast and are magically protected with wards and powerful defences.

It is known to guard lost lore and dangerous tomes that are interned in its secret and forbidden vaults.

Wealthy merchants, nobles, kings and queens send their children from all over the known world to study at the library under the tutelage of the clerics of Ogma.

The librarians have a vast catalogue and filing system and know where to find all but the most obscure texts in quick order.

Admission and access to the library is not cheap but nor is the running costs of this marvellous temple of learning.

Magical, repeating ballistae and scorpion bolt throwers able to fire their missiles at incredible speeds with even more range than black powder cannons. Some of the missiles are even enchanted to seek targets in the air.

Within the walls is the human-designed abbey, dominated by the beautiful library. Slender spires topped ornate towers supported by flying buttresses over a wide rotunda.

Around the cluster of abbey buildings are four giant obelisks. Sheild Pylons, a marvel of ancient magical artifice lost in antiquity.

The Obelisks can project an arcane shield mighty enough to protect the entire fortress.

In addition to all these formidable defenses, an old silver dragon (Asimi) is paid well to protect the fortress library. 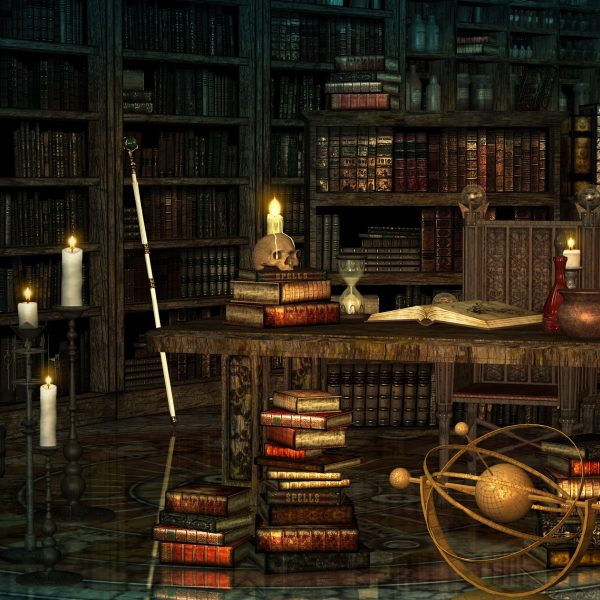