Posted at 13:08h in Characters by Stav Saristavros 0 Comments
0 Likes

Topographically, it seems to be the same as the regular world. But everything is in shadow, everything is gloomy and depressing, and spending any time there will change a mortal being forever.

Do what you have to do and get out. Absolutely it’s a case of “in and out, twenty minute adventure” in that it is most certainly NOT going to be that.

Writing characters to go on this journey may dim your spirits as they pass through the darkness of their campaign through Shadowfell; wherever their search takes them, there are no planes quite like this one published for Dungeons and Dragons 5th edition. 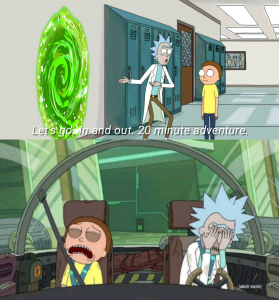 Who created Shadowfell: On the Origin of Shadowfell

The History of Shadowfell starts when it already sort of exists, albeit in a proto-state, and people were trying to figure out the truth of the strange place, another dimension.

Who made it and why, and what exactly could it be used for?

While its origins could be called magical, they are not that in the sense of wonder and enchantment, but more that the Shadowfell was bent into its current form by greedy powers, a version of the normal plane outside of nature and yet now one of the realms attached to it.

Way back in the time of the Imaskari empire, around −3500 DR, the archwizard Madryoch the Ebon Flame was focused on researching the secrets of the Shadowfell and plotted to use its dark power to overthrow Lord Artificer Omanond.

His plans were thwarted by a young adept named Hilather. Knowledge of the existence of the Plane of Shadow was essentially lost with the fall of the Imaskari empire; it was only three thousand years later, in the Year of Plentiful Wine, −533 DR, that the Netherese rediscovered it and began their study.

We jump ahead to 1235 DR, when the Black Horde attacked Faerûn. The Horde defeated Eldrith the Betrayer, who would go on to betray Baldur’s Gate.

They killed her and she was reborn out of hatred. In her soul of hatred, the Onyx Tower was created and tied to her life. The Onyx Heart was located in the Plane of Shadow and only with its destruction could the Onyx Tower be destroyed.

Skipping ahead to 1372 is when that comes into play. An adventurer and their companions were exploring the ruined Netherese city of Undrentide. In an Arcanist’s Tower, they slipped through portals into its dark reflection on the Shadowfell, where they encountered shades.

The adventurer later escaped impending doom by traveling back to the Plane of Shadow using a magic mirror.

Although the souls of the dead did not begin to be drawn to the Shadow Plane until after the Spellplague and Shar transformed it into the Shadowfell, it was possible to trap a soul there.

Notably, this happened to a king of Damara, Gareth Dragonsbane, in the Year of Rogue Dragons, 1373 DR, by a cabal of wizards allied to the lich Sammaster. King Gareth’s soul was rescued in the following year by a phalanx of paladins led by the smoke drake Brimstone.

In the Year of Lightning Storms, 1374 DR, Sharran and Cyricist cultists based in the Shadow Swamp on the Plane of Shadow, plotted to tear apart the Weave from the Black Rift.

Adventurers pursued them through the Dusk Lord’s Passage to the Shadow Swamp and disrupted their efforts, and found the Black Chronology among their detritus.

That same year, a rift to the Shadowfell was opened in the skies over Sembia and the city of Ordulin was destroyed when a shadowy tract of land fell on it.

In 1376 DR, eight brave heroes ventured into the Plane of Shadow and defeated one of its guardians, Mordoc SeLanmere, and destroyed the Onyx Heart.

A major change afflicted the Plane of Shadow in 1385 DR when Shar bound the energies of the Negative Energy Plane with the plane.

Since then, the plane became known as the Shadowfell, existing as a center of Shar’s power as well as a transitory place for dead mortals on their way towards judgment on the Fugue Plane.

After the Second Sundering, the Shadowfell no longer was a waypoint for the souls of the dead on their way to the Fugue plane, but it remained known as the Shadowfell for most people, as it exists in its current state.

Everyone lives in the Shadowfell, but everyone is changed by it over time. It’s a mishmash, but people who are well don’t choose to stay there for long.

There are vampires in Shadowfell, and in fact one of the most iconic D&D adventures ever put together takes place there, when you take on [The Curse of Strahd].

How dangerous is the Shadowfell? What happens when you die in Shadowfell?

Okay not quite… It’s full of dark and evil-aligned entities, and you find yourself in a setting which is inherently soul-suckingly-gloomy and dark.

Traveling the plane can be fairly difficult as the land itself is morphic and is constantly in a state of change, though you wouldn’t be able to tell by observing it. Non-Eulidian space can be neat, and a DM shifting things using this morphic quality can be interesting.

So your soul can be hanging out nearby, much more accessible to get crammed back into your mortal coil.

Is Barovia in Shadowfell?

Oh yes. Read all about [Barovia and the Curse of Strahd] here!

What is the opposite of the Shadowfell? Is there light in Shadowfell?

This is put rather well in a talk between Mike Mearls, senior manager for the Dungeons & Dragons research and design team (and who co-led design for 5e) and Todd Kenreck, who, amongst other things, has a youtube channel dedicated to interviewing experts about D&D.

Mike Mearls speaks a bit about the difference between Shadowfell and the Feywild a bit here:

And you can think of the Shadowfell and the Feywild as opposing poles.

Where the Feywild is literally in the realm of emotion, it is a realm guided by extremes, it … imagine, like, if you take any system and you just pump lots of energy into it, you just get lots of extreme outcomes, right. I mean, you just think of it.

If you have two cars going, crashing together. The faster they go, the more dramatic the crash, right.

The Feywilds are where everything is going 100 miles an hour, and are constantly crashing into each other.

There are no simmering resentments, there’s just, you know, straight up blood feuds and then, you know, super deep, unbreakable ties that can give way to, you know, utter deep hatreds.

The Shadowfell, in opposition, is a realm of, not death in the sense of, like physical death, but more in the sense of the deadening of emotions and thought and feeling.

Everything looks the same. Even events, things happen over and over again.

His comments on this should give you a bit of an idea what to expect, as well as some more context for your Dungeon Master’s motivations as they tell the story of your game.

Size and Shape: The Shadowfell is a parallel plane with dimensions and topography similar to the mortal world.

The realm itself is just a place. It doesn’t have an alignment. It’s not evil, but it does seem to bring that out in people…

The Raven Queen still resides there and rules it from within her fortress of Letherna, or the Fortress of Memories as it has come to be known by the Shadar-Kai.

Within the fortress are not only the souls of those yet to be judged, claimed by the Queen or otherwise sentenced to stand before her, but also all manner of items and trinkets she finds irresistible.

Memories, artifacts, art, and more are kept within this fortress, all with the commonality that they are saturated with raw emotion.

All races can exist here. Generally populating it are the Shadar-kai, the Sorrowsworn, the Dark Ones, Nagpa and Undead.

What languages are spoken in the Shadowfell?

Everything there just speaks whatever it can speak. The Shadar-kai speak Shadar-kai, Liches there speak ‘common and up to 5 other languages’, Specters can understand whatever language they know in life (but can’t speak).

Every language you’ll find ‘in the regular world’ can be found in Shadowfell.

Guide to the Ethereal Plane (2nd Edition): For more information on the Demiplane of Shadows.

Dragon Magazine #213: For even more information on the Demiplane of Shadows.

Manual of the Planes (3rd Edition): For more information on the Plane of Shadows.

Manual of the Planes (4th Edition): For more information on the Shadowfell and its locales, inhabitants, and features.

Player’s Option – Heroes of Shadow (4th Edition): For more information on the Raven Queen and Vistani

Mordenkainen’s Tome of Foes (5th Edition): For more information on the Raven Queen and the Shadar-Kai.

Curse of Strahd (5th Edition): For more information on Barovia – a Domain of Dread, Strahd Von Zarovich, and the Vistani.