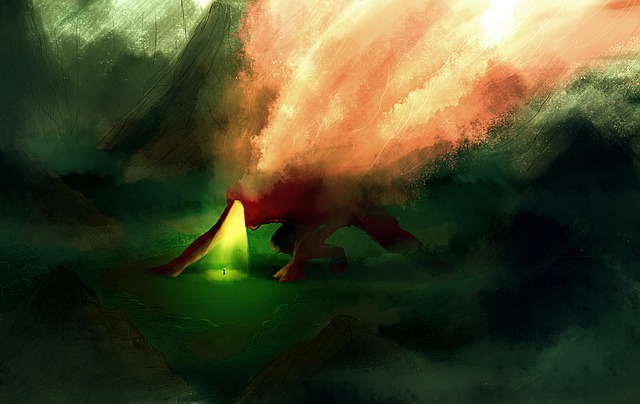 Posted at 09:18h in Races by Stav Saristavros 0 Comments
0 Likes

In times long since past, these great creatures were dragon slayers, dreamers, crafters, and kings, but their kind fell from glory long ago. They became divided among secluded clans, scattered throughout the world, and split into several distinct kinds of giants.

Each of the main giant races—cloud, fire, frost, hill, stone, and storm giants—are related by common elements of history, religion, and culture.

They tend to view one another as kin, keeping any inherent animosity over territory and ambition to a minimum for the greater good of their overall people.

Giants belong to a caste structure called the ordning. Based on social class, the ordning assigns a social rank to each individual giant. By understanding their place in the ordning, each giant knows where they stand when compared to another giant.

This is clear within their own giant-type (cloud, hill etc) but also within their race as a whole; storm giants are the highest in the ordning, followed by cloud giants, fire giants, frost giants, stone giants, hill giants, and finally giant kin such as fomorians, ettins, and ogres.

A fire giant of even the lowest social class is still above the highest class frost giant.

Is a giant a creature 5e?

Yes! Not only is a giant a creature, it’s a whole creature type in D&D 5th edition. The types of monsters are:

The 5e Monster Manual from Wizards of the Coast says that:

Giants tower over humans and their kind. They are human-like in shape, though some have multiple heads (ettins) or deformities (fomorians). The six varieties of true giant are hill giants, stone giants, frost giants, fire giants, cloud giants, and storm giants. Besides these, creatures such as ogres and trolls are giants.

So every ‘giant’ is a giant, but not every ‘giant monster-type creature’ is a giant. Also they are technically monsters, but not necessarily ‘monsters’. Humanoid is a monster type too, so I guess we’re all monsters in one way or another! 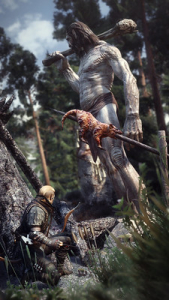 Are fire giants immune to fire?

Damage immunities: fire. Yup, fire won’t do a thing to them so consider using something else.

Are fire giants weak to water spells? What are giant’s weaknesses?

A fire giant is not explicitly weak to water. If you’re thinking elemental stuff, as in, fighting fire with water, the Monster Manual has only this to say:

Fire giants shun cold as much as their cousins the frost giants hate heat. They can adapt to cold environments with effort, though, keeping their hearth fires burning bright and wearing heavy woolen clothing and furs to stay warm.

Nothing about water, but it does sound like you might be able to at least make them uncomfortable with frost or ice spells.

Other than that you’re looking at 0’s, -1’s or even -2 in DEX for giants. Fire giants do have a +3 bonus to DEX saving throws though, so have a look at their stats below if you need the deets:

Armor Class: 18 (Plate) (jeez you better have either a huge to hit bonus or a way to get that plate off)

Yes a +7 to strength! Notice again that DEX is their weakest, but an INT of 10 is not doing them any favors either.

Saving Throws: Dex +3, Con +10, Cha +5 (so like, maybe don’t try attacking them with anything that they get a CON saving throw to counter)

Damage Immunities: Fire (whoop, there it is) 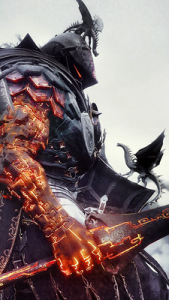 Fire giants build their fortresses around and inside volcanoes, or near magma-filled caverns. You know, among flaming mountains, near lava, hot steam vents, anywhere where the earth is giving a glimpse at her molten core.

A location deep underground, with tunnels in an active mountain range, might not be off-limits if it’s tapping into the heat of the earth.

The blistering temperature of their homes fuels their forges, and causes the iron of their fortress walls to glow a comforting orange. Very eco-friendly natural lighting. In lands far removed from volcanic heat, fire giants mine coal to burn. Very not-eco-friendly lighting.

Traditional smithies are revered, and the giants’ stony fortresses constantly belch plumes of sooty smoke, making them visible from a great distance away. In more remote outposts, they burn wood to keep their forge fires lit, deforesting leagues of land in all directions.

If your map shows locations with an active volcano range or other magma-related features, you may find fire giants there. 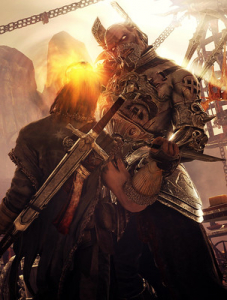 It’s tough. If you look beyond their +7 to STR, you can see a background of being forged in combat, as fire giants are taught to embrace a legacy of war right from birth. As a baby, a fire giant likely heard its parents chanting battle songs, not lullabies.

As children, fire giants play at war, hurling igneous rocks at one another across the banks of magma rivers. As they get older, formal martial training becomes an integral part of their life, and they study and practice to hone their combat skills.

The fire giants’ songs are odes of battles lost and won, while their dances are martial formations of pounding feet that resound like smiths’ hammers throughout their smoky halls.

Just as fire giants pass down their knowledge of smithing and crafting from generation to generation, their renowned fighting prowess comes not from wild fury but from endless attention to discipline and training.

Their enemies make the mistake of underestimating them based on their brutish manner, learning far too late that these giants live for combat, and can be shrewd tacticians. Do not make that same mistake yourself.

They are noted for their inherent combat ability, don’t let first impressions throw you off and let your guard down. They won’t be killed easily!

Stay away from the reach of their greatsword attack (reach 10ft!), and see about getting some effective cover against their rock attack (60/240ft).

Good tactics against them might include someone in your party somehow compromising their plate armor, making them drop their weapon, and maybe disabling them to give you time to deal some damage.

How long do giants live for?

According to Volo’s Guide to Monsters:

How tall are giants 5e? 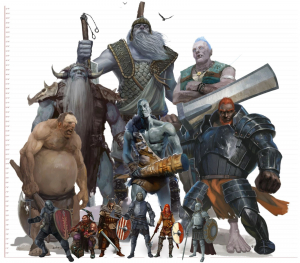 Given that their size is ‘huge giant‘, that’s a big fat YES. Huge is 15 feet by 15 feet, that’s over 4.5 meters in a cube! They take up a lot of real estate, and they likely tower over you and your other medium-sized comrades.

Being that tall scales everything up; think of how big their sword must be! If you’re in a cramped dungeon and find a giant, you’re going to have a lot more room to move than they are. Out in the open you’re on equal footing.

What do fire giants eat?

Lava and matches. No, just kidding… What a fire giant eats may depend on where in the ordning they are. The ordning is their class structure (and not class as in archer/wizard etc, class as in, social status), and it may well determine what food a fire giant has access to.

Cloud and storm giants are fluent in both Common and Giant. But the rest of the true giants, including fire giants, can only speak, read, and write Giant.

If you think you’re going to be encountering fire giants in your game and you want to be able to communicate in something other than the language of blood and death, consider recruiting a translator into your mix so you have at least a smattering of giant language at the ready. 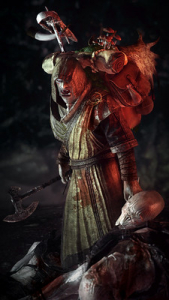 More on the culture of fire giants

Humanoids that giants conquered in war become serfs to the fire giants. These serfs work the farms and fields on the outskirts of fire giant halls and fortresses, raising their livestock and harvesting fields whose bounty is almost entirely tied to the fire giant kings.

Much of their community is built on the backs of others who have no power, working their lives away to fuel a race ruling them by might.

Fire giant crafters work through insight and experience rather than the book-learning of writing or arithmetic. Though most fire giants place little worth on such frivolousness, they sometimes keep slaves at court who are versed in such skills.

Serfs not destined for court or the fields (especially dwarves) are taken to the fire giants’ mountainous realms to mine ore and gemstones from deep within the earth.

Fire giants low in the ordning manage the mine tunnels and the slaves that toil there, few of which survive the difficult and dangerous work for long.

Though fire giants are skilled in the engineering of mine tunnels and the gathering of ore, they place less importance on the safety of their slaves than on smelting and working the bounty those slaves produce.

Fire giants rightfully have a fearsome reputation as soldiers and conquerors, and for their ability to burn, plunder, and destroy. Yet among all the giants, fire giants produce the greatest crafters and artists.

They excel at smelting and smith work, as they do at the engineering of metal and stone, and the quality of their artistry shows in their weapons and other crafted items.

Fire giants strive to build the strongest fortresses and most potent siege weapons. They experiment with alloys to create the hardest armor, then forge the swords that can pierce it.

Such work requires brains and brawns in equal measure, and fire giants high in the ordning tend to be the smartest and strongest of their kind.

Players encountering any number of giants, whatever your level, will need all the tools available to you unless you want to find yourself squashed into the ground.